Meanwhile, councillors representing the super city's south are divided over whether to scrap the 11.5 cent per litre tax, something the National Party has promised to deliver should it win next year’s general election. South Auckland is home to communities many claim are hit hardest by the levy. 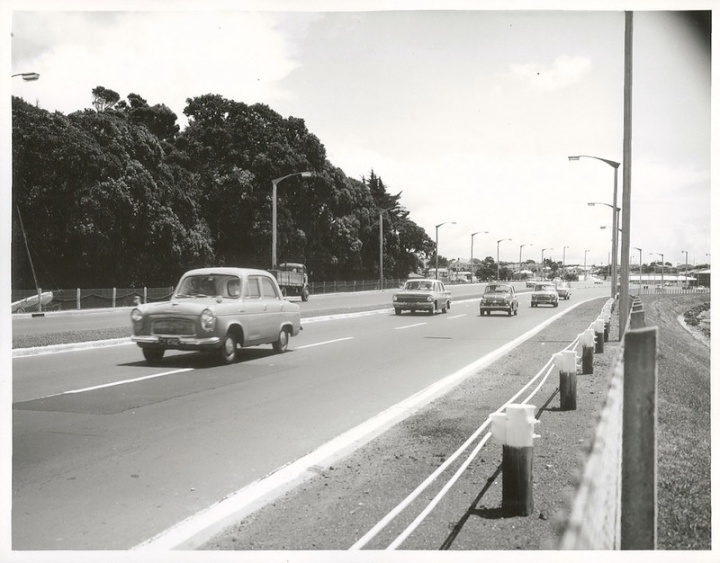 Most Auckland councillors backed the tax in 2018, when it was approved 13 votes to 7, but it appears the governing body is effectively powerless to stop a potential override of its decision.

Auckland Mayor Phil Goff on Tuesday indicated the Government could scrap the regional fuel tax (RFT) off its own bat, and without governing body agreement.

“Government has legislative power to do this but would normally consult with council over changes that would affect Aucklanders,” he said.

Scrapping Auckland’s fuel tax, along with associated subsides from the Government, would leave a “$4.3 billion hole” in the super city’s transport budget and bring infrastructure development “to a grinding halt", Goff claimed.

“Anyone who talks about removing this revenue and our ability to borrow for infrastructure against it needs to tell Aucklanders where the money is coming from to replace it, or which major transport projects they would scrap,” the former Labour Party leader added.

When the fuel tax proposal came before Auckland’s governing body in May 2018, most south Auckland-based councillors voted against it.

Daniel Newman and Sir John Walker, both representing Manurewa-Papakura Ward, refused to back the RFT.

Councillor Efeso Collins was vehemently opposed to the levy, voting against it, while his Manukau Ward colleague, Alf Filipaina, voted in favour.

Collins was particularly concerned about its impact on his constituents.

"The issue though is, as a proportion of incomes, it will be the poor who will pay the most,” he said.

Newman on Wednesday said he stood by his opposition and supported the National Party’s plans to remove the RFT.

"I think the fuel tax is a grossly unfair and regressive fuel tax,” he said.

“Whereas if you’re living in the outer suburbs of Clendon, and parts of Papakura, there are services that are not yet on the network and if they are the timetable is very intermittent.”

Goff, however, argued the fuel tax was “less regressive” than what it partly replaced – the Interim Transport Levy, which was taken from everyone, including elderly Aucklanders and those who rarely used the region’s transport systems.

Filipaina said he grappled with whether or not to support the tax.

However, he eventually decided the RFT was a better option than increasing rates in his ward.

“For me, it’s around where do we fill that [funding] gap?” Filipaina said.

“That’s really the key thing … because I know our community won’t accept the rates going up.

“If the regional fuel tax does go, how do we fill the funding gap that’s there? Somebody's got to pay at the end of the day.”

As it stands, the RFT would apply through until 2028, with projected revenue pegged at $1.5b over the 10-year period.

A further $3b was expected from sources such as NZTA subsidies.

In 2017, the Automobile Association (AA) said a 10 cent per litre fuel tax would cost an average motorist, driving an average car, $125 per year.

Tack on the extra 1.5 cents the council has approved, and the fuel tax will cost the average motorist about $143.75 a year.