Whakaari / White Island: Police to scale down search for bodies

Police have confirmed they will scale down the search operation for two Whakaari /White Island eruption victims in the next few days. 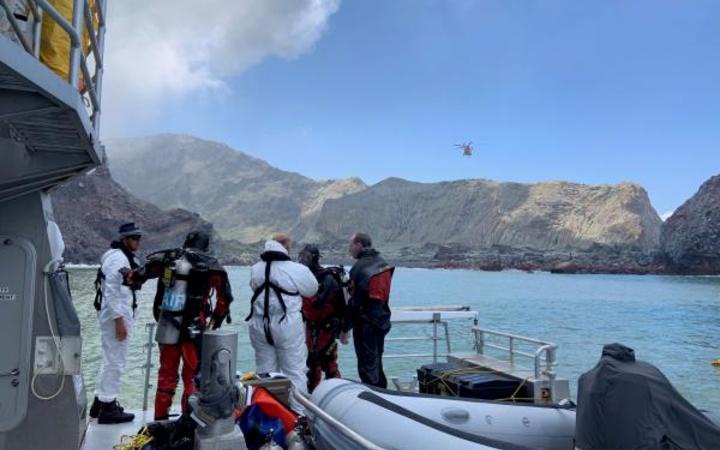 Police yesterday named tour guide Hayden Marshall-Inman and 17-year-old Australian tourist Winona Langford as those missing. They are believed to be in the sea after having been washed down a ravine and off the island.

Speaking at a press conference this afternoon, deputy police commissioner Mike Clement said it was very normal that the nationally-run recovery operation will revert back to a regional one.

He said experts believed the bodies of the two missing victims were in the sea.

"The tides are such that if a body in the bay reached the open sea, they would be taken in the direction of East Cape.

"We are deeply sorry that we haven't until this time been able to recover the bodies," he said.

"We are literally in the hands of the sea."

Police have continued to search in the area where one body was seen in the water, and have done drift pattern modelling to predict where they may have ended up.

A weather event on 9 December washed the water and sediment down the creek system, where the two bodies were believed to be, and into the sea.

The water level that came down the ravine was about 1.5m.

Nico Fournier of GNS Science said the probability of an eruption in the next 24 hours is about 20 to 40 percent.

Poor weather and ash confounded the search yesterday, with heavy rain forcing the Eagle helicopter to turn back from the area early in the morning and preventing police from landing on Whakaari.

Police have also named 15 of those killed, excluding only the most recent victim who died in Australia after being transferred to Concord Hospital in New South Wales with serious burns.