A soldier has been arrested at Linton Military camp, amid suspicion they are part of a far-right extremist group. 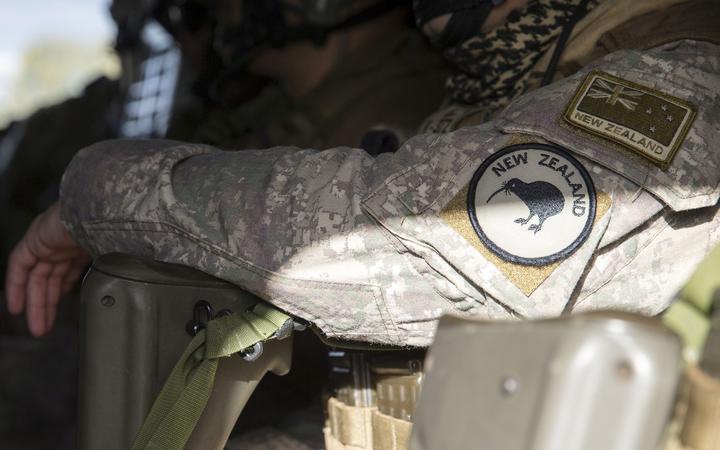 The Defence Force has yet to confirm what, if any charges the soldier is facing.

But the arrest has raised concerns far-right groups could be infiltrating New Zealand's military.

The extremist, Christian body-building group, Wargus Christi had claimed online that the arrested soldier was part of their organisation.

In an internet chat room, members spoke about how the man was removed from the group after news of an investigation.

Another hoped their 'brother' was going to be okay.

"There was a cordon in place in part of the Linton Housing Area attached to Linton Military Camp on Friday. New Zealand police executed a search warrant and one soldier was taken into military custody. "

They said no further details were able to be released because of an ongoing criminal investigation with police.

RNZ was told there would be one-on-one monitoring of the soldier at all times.

A spokesperson, Valerie Morse said the military could be a breeding ground for anti-muslim behaviour.

"The whole mindset of the military has effectively been about criminalising muslims for at least the last 20 years. And so we shouldn't be surprised then that this is the kind of ideology, this is acceptable ideology within the New Zealand Defence Force," she said.

It was alarming the Wargus Christi's ethos of blood, honour and brotherhood could be permeating New Zealand's military, Morse said.

Massey University's Paul Spoonley is a Professor in the far-right and anti-Semitic movement - he said he had seen people in the armed forces with an online presence, but believed the numbers were limited.

"There appear to be people who are in the Defence Force who contribute to online discussions.

"I've certainly been concerned through this year at some of the comments that I've seen which appear to come from Defence Force personnel which are really very anti-muslim, and anti-semitic."

The Defence Force attracted people who were interested in far-right ideals, Spoonley said.

He said Wargus Christi's focus on bodybuilding was connected to their alt-right, white western, anti-Semitic views.

"This thing about body-building about keeping the body pure for the fight that's about the come it appears at first instance to be something about making your body stronger and better.

Minister of Defence Ron Mark would not confirm if the soldier who is in custody was on their radar.

"What I take strength and confidence in is that this has happened and the military, are clearly very observant, doing their job.

"I'd like to think that any government department has the security and interests of this nation at heart would be monitoring itself as well."

It was unclear if the man would go through the judicial system, or the military court martial process.