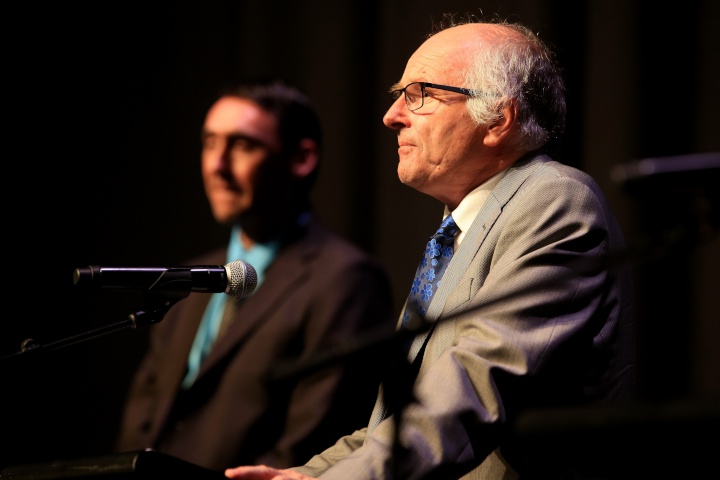 Marlborough mayoral candidate Rick Ireland's views on climate change were met with derision at the Big Debate, at the ASB Theatre in Blenheim, in September. CREDIT: SCOTT HAMMOND/STUFF/SUPPLIED

Two former council candidates could face police prosecution in Marlborough for not filing their election expenses declaration by the deadline.

Electoral officer Dean Heiford confirmed that mayoral candidate Rick Ireland and Blenheim ward candidate Phil Skinner would be reported to police for not declaring what they spent on their election campaign by December 10.

Candidates were given 55 days from this year's local body election, on October 12, to submit their expenses and donations.

Failure to declare expenses "without reasonable excuse" was an offence and could lead to a fine of up to $1000 under the Local Electoral Act.

Heiford said each of Marlborough's 31 council candidates were sent multiple emails reminding them of the deadline. Both Ireland and Skinner were warned by phone the day before the due date, but only Ireland picked up, he said.

Heiford was required as electoral officer to report the offences to police, and provide them with details of any inquiries he thought might be relevant.

"It's up to them [the police] to see if they do any prosecution action," he said.

Ireland said he missed the deadline thanks to his "frantic" schedule.

This included a new job as a yacht broker, home schooling his two children, and two active court cases - one for illegally home schooling his children over the Ministry of Education's stance on climate change and LGBTQ+ students.

"I was supposed to [file election expenses], and I'm still going to. There's not a question of not doing it, but when ... I'm very busy," he said on Tuesday.

Ireland said earlier this year he expected to spend $12,000 on his campaign.

Skinner could not be reached before the publication of this article.

The offences came to light after the electoral expense declarations were released by the Marlborough District Council on Tuesday.

The council's 2019 Campaign Handbook set an election campaign limit of $30,000 for mayoral candidates and up to $20,000 for ward candidates.

Leggett spent just over $15,000 on marketing services, and about $10,400 on advertising with local media. He cut down costs by reusing old election signs.

Runner-up mayoral candidate and current Blenheim ward councillor Jamie Arbuckle spent a few thousand less, forking out $14,157 from his pocket, and receiving a $5000 donation in the form of newspaper advertising.

Maher also spent $570 on mail distributor ReachMedia, which misplaced 4000 of candidate Philip Vink's flyers, and $1000 at Forté Management, which taught businesses to empower their staff through positive psychology.

All other council candidates kept campaign costs under $5000.

Council candidates Cyril Dawson, Rebecca Woledge and Glenn Howard did not spend money on their campaigns. Wairau-Awatere ward hopeful Scott Adams received $600 cash from one donor, who was not named.