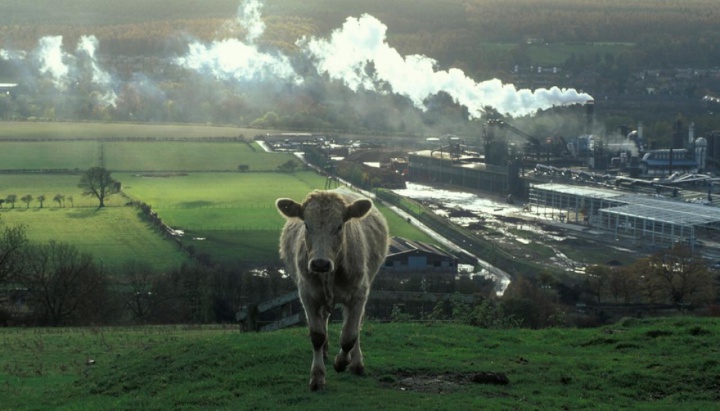 Inevitably, children hear a lot about climate change - on the news, on the street, from their friends – and a lot of that news is pretty scary, even for adults. Until very recently, one place where children haven’t heard much about climate change is in the classroom. That’s odd. If education is about preparing children for the future, then it seems like a total no-brainer to be teaching children about the intensifying consequences of climate change for the world they will soon inherit from us.

Thankfully, the education system is now doing something about it. You can read the balanced, thoughtful teacher resource material for yourself, right here.

Surely, most teachers and most parents will welcome the prospect of children being taught about climate change in the classroom – both to equip them adequately with the science on the subject, and to dispel the fears that get bred by ignorance, suppression and denial. Action is a desirable part of the lessons. (The avowed aim of the educational materials is to enable students “to feel empowered, not overwhelmed by the issue.’) In all likelihood, the bulk of New Zealand public opinion will echo the recent US findings on whether lessons on climate change belong in the classroom:

More than 80% of parents in the U.S. support the teaching of climate change. And that support crosses political divides, according to the results of an exclusive new NPR/Ipsos poll: Whether they have children or not, two-thirds of Republicans and 9 in 10 Democrats agree that the subject needs to be taught in school. A separate poll of teachers found that they are even more supportive, in theory — 86% agree that climate change should be taught.

Thankfully, the fossil fuel lobby is not as active here as it is say, in Oklahoma (and in other US states economically dependent on oil and gas extraction) in trying to muddy the science about climate change. Some of the political barriers to teaching climate change in US classrooms (and teacher responses) are discussed here.

Surprisingly though, and despite the best efforts of the Trump administration, the political environment for teaching US children about climate change seems to be gradually improving:

In Lincoln, Nebraska, high school science teacher Mary Morrow said that even in her right-leaning state, “I am seeing students come into my classroom concerned. Ten years ago, you teach climate change and you could see eyes roll.” Teaching about climate change got a boost six years ago with the release of the Next Generation Science Standards, which instruct teachers to introduce students to climate change and its human causes beginning in middle school. To date, 20 states plus the District of Columbia have adopted the standards, and many other states have embraced a modified version. All told, 37 states recognize human-caused climate change in their science standards, says the National Center for Science Education.

In New Zealand, the environment for teaching kids about climate change is prone to the same political pressures. Already this week, the usual conservative lobbies have attacked the new education materials on climate change - apparently on principle, according to this Taxpayer Union press release :

This is an entirely false analogy. The science of climate change is not an opinion, or a political tenet. It is certainly not a relic of religious dogma in any way comparable to the Taxpayer Union’s insistence that lowering taxes will create prosperity for all – a position it maintains despite three decades of global evidence to the contrary. For similar reasons of faith, Federated Farmers worries that among the action proposals raised in the teaching materials is the option for the world to consume less meat and dairy – which you’d think would be a global future that Federated Farmers should be planning for, rather than trying to suppress.

Predictably, much of the media response reflected in say, the headline on Newshub (“New climate change curriculum: Lessons on Greta Thunberg and dealing with 'scepticism') has been clickbait-driven.

Truly, you do have to wonder why the white men of the conservative right hate the Swedish activist Greta Thunberg quite so much. It seems to be a visceral thing. (The demonology of the Taxpayer Union press release also cites Greta Thunberg, and adds in Greenpeace to boot.) To all outward appearances, the psychopathology involved is being triggered by the fact that she’s forthright, she’s uncompromising, she’s not conventionally pretty or charming, and she stays firmly on message. Go figure. Crucially, the unwelcome message that Thunberg has been delivering to the likes of Federated Farmers is that business-as-usual is no longer a viable option, not if today’s children and grandchildren are to have any future at all.

Given how tight the timeframes for global effective action on climate change appear to be, the insistence by Fed Farmers that any transition to sustainability must be entirely pain free for our farmers looks utterly irrational. That seems to be the real issue here. Yet making as much money as we can while depleting the planet’s resources (and hoping for some technological fix) is a terrible legacy for our children. Hard to teach that message and spin it positively.

Unfortunately for the conservative right, the science agrees with Thunberg, and Thunberg promotes only the agreed science. What good teacher would want to ban her from the classroom materials? If we want to empower children to respond to the challenge of climate change – rather than just scare them to death about it – what better current example is there than Thunberg that personal action can make a difference?

Footnote One : Now that teachers are finally being offered some good, useable classroom materials on climate change, the more substantive concern is whether we are going to have sufficient science teachers to do the job properly. Thanks to the lost years of neglect of adequate teacher funding – by the previous National government in particular – the numbers of secondary school teacher trainees specialising in the sciences had been in steep decline for several years, as you can see from table four, page 10 of this PPTA document from a couple of years ago :

Between 2009 and 2015, the annual number of secondary school teacher graduates in all science fields fell from 1,135 to 760. It will take years to turn that trend around. Here’s a useful media article from last year about the pros and cons of New Zealand teachers conveying the science of climate change in the classroom.

Interestingly, it was the charter schools advocate who seemed to be the strongest voice against climate change having a place in the classroom.

Footnote Two: Just in case the Taxpayers Union and Federated Farmers want to know a bit more about the company they’re keeping…here’s Aussie politician Pauline Hanson in firm and ringing denial about the links between the Australian fires and climate change. In her view, the fires have been caused by too much of that darn red tape and regulation.

“If you are going to have a royal commission into it, throw bloody climate change out of the window and let’s look at the pure facts of why we have had the bushfires, how they were handled, what we can do better to stop it happening again, lowering the emissions as they are dead set on doing.“If you are going to charge people more tax, how on earth is that supposed to reduce the Earth’s temperatures? I would like to know.”

No doubt to the disappointment of the Taxpayers Union, Hanson didn’t go on to advocate tax cuts as the best way of combatting the fires.