On The Coronavirus Outbreak 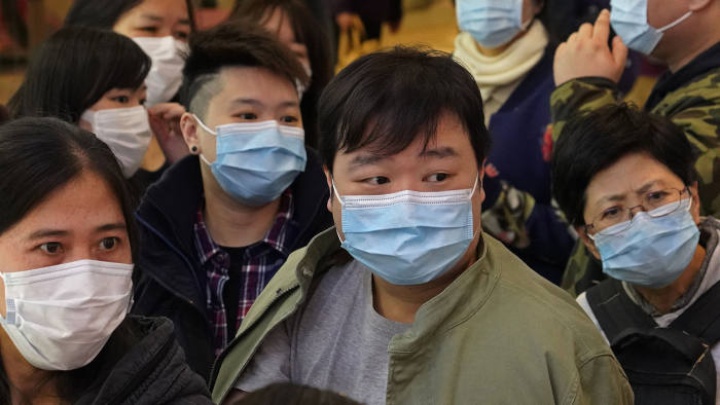 The coronavirus – its official World Health Organisation designation is 2019-nCoV – is believed to have originated as a seafood-to-human transfer, with ground zero for the transfer believed to have been a fish market in Wuhan, China. The coronavirus is part of a family of viruses. That family includes everything from the common cold to more deadly examples like the Severe Acute Respiratory System (SARS) virus of 2002-2003, and the Middle East Respiratory System (MERS) outbreak that occurred in 2012.

The SARS outbreak also originated in China, and is thought to have travelled from civet cats to humans, while MERS originated in Saudi Arabia, and seems to have involved a camels-to-humans transfer. Reportedly, other variants of coronaviruses have been identified in animals, but these have yet to be transferred to humans. (The name derives from the resemblance the virus has under a microscope to the corona around the sun.)

At present, the coronavirus outbreak does not appear to be as serious as the SARS and MERS outbreaks. According to the World Health Organisation, SARS killed some 800 people worldwide during the 2002-2003 period. So far, the coronavirus outbreak is not as deadly in raw numbers - 81 deaths so far, with 76 of those deaths occurring in the Hubei province in which Wuhan is located. As yet, no deaths have occurred outside China. Most of the deaths have involved elderly people who had underlying health issues.

As for the fatality rate, the coronavirus is also not as deadly as the MERS outbreak. While MERS did not travel as widely around the world as SARS, it killed nearly a third of those it infected. Obviously, the coronavirus outbreak is of deep concern, but the proportion of deaths to those infected is currently well below the proportions that occurred with MERS. As of 26 January, the figures compiled by China’s National Health Commission show that the 81 deaths have occurred in a context of 5,794 suspected cases and 2,827 confirmed cases, with 461 people of those currently being in critical condition. So far 51 people have recovered, and have been discharged from hospital.

As a relevant point of comparison, 3 to five million severe cases of influenza occur globally every year, leading to the deaths of between 290,000 and 650,000 people annually, according to the World Health Organisation.

Just a week ago, the US Center for Disease Control released its statistics for the incidence of influenza in the US alone, during the 2019/2020 period to date :

At this point in the season, CDC estimates indicate that there have been 13 million influenza illnesses [in the US alone] 120,000 hospitalizations, and 6,600 flu-related deaths.

So yes, coronavirus is serious, and is readily transmitted between humans. During its 10-14 day incubation period, victims can be infectious without any overt sign they contain the virus. All bad news. But it is also demonstrably less deadly than other recent viral outbreaks.

Australia is predicting a possible $A2.3 billion hit to the Australian economy from the coronavirus outbreak.

The coronavirus outbreak is "bad news on bad news" for the Australian economy, with warnings it could hit up to 20,000 jobs across small business and the university sector as Chinese tourists and students stay home.

As the number of deaths from the virus grows to at least 80, there are fears it could wipe $2.3 billion from an already soft Australian economy, which is still struggling with the drought and bushfires.

As for us…no- one in New Zealand has yet publicly estimated what the potential dollar and job losses might be. Currently, China is the second biggest source of visitors to New Zealand – comprising some 15% of the entire foreign tourism intake - and the bulk of those Chinese tourists travel in packaged groups. Therefore, the just-announced ban by Beijing on its citizens travelling abroad on packaged tours will have a definite impact on New Zealand tourism operators. Given the growth in the tourism market in recent years though, the impact on the local industry will obviously depend on just how long the Beijing ban lasts. Already, the years of spectacular growth in visitor numbers had begun to flatline. On the glass half full spectrum, a short-term Beijing ban on package tours might merely return the local tourism industry back to the levels it was experiencing only a couple of years ago.

Politically, the more pressing issue concerns the coalition government’s efforts (or lack of same) to rescue the 20 New Zealand citizens reportedly trapped in Wuhan. While New Zealand has been diplomatically alert to China’s sensitivities- and to the nuances of China’s travel embargo - other countries have been more forthright :

France and the United States are among nations that have announced plans to charter a plane to evacuate its citizens from Wuhan. Asked if Australia would to the same, [ Health Minister Greg] Hunt said the foreign affairs minister, Marise Payne, was working with Chinese authorities “on all options to secure of the Australians. These are international discussions that many countries are having.”

Given that Australia has 100 schoolchildren trapped in Wuhan, it has a pressing motive – politically and morally – to get those kids out, along with its other nationals. In all likelihood, New Zealand might well try to piggyback on what the Australians are doing, thereby avoiding an overt and independent rescue mission that might theoretically get us offside with China.

Elsewhere in the Asia-Pacific region, the same conflict between(a) precautions to protect one’s own citizens and (b) due concern for Beijing’s sensitivities is being played out. In Hong Kong, which is obviously far closer to the coronavirus epicentre - but also hypersensitive to Beijing’s needs and wants - the local governing authority has tried to make the best of a no-win situation. To date, Hong Kong has detected six confirmed cases and 77 suspected cases of the coronavirus on its territory. So far, the Hong Kong authorities have refused to ban visitors from mainland China in general, although they have blocked access to the city by any residents of Hubei province. Meanwhile, hundreds of Hong Kong citizens have been taking to the streets to protest the official plans to convert an empty apartment complex into a temporary quarantine zone, blocking roads and throwing Molotov cocktails. (While the quarantine site is currently empty, it is also close to a residential area and to a primary school.)

For New Zealand, the time for inaction in the name of diplomatic niceties is fast running out. Yes, China may be deeply unwilling to allow foreigners a latitude to travel that it is denying to its own citizens. (After all, the purpose of the shutdown was to limit the spread of the disease, both within China and beyond it.) Tough. Foreigners cannot be held indefinitely in a viral hot zone against their will, as a result of a disease that originated in China. Other countries are being decisive about rescuing their citizens.

France, Japan, Spain, the United States, Britain, Russia and Germany are some of the countries who expect to evacuate consulate staff and citizens, or have been in talks China about the options to repatriate people.

It is time enough for New Zealand to do likewise.