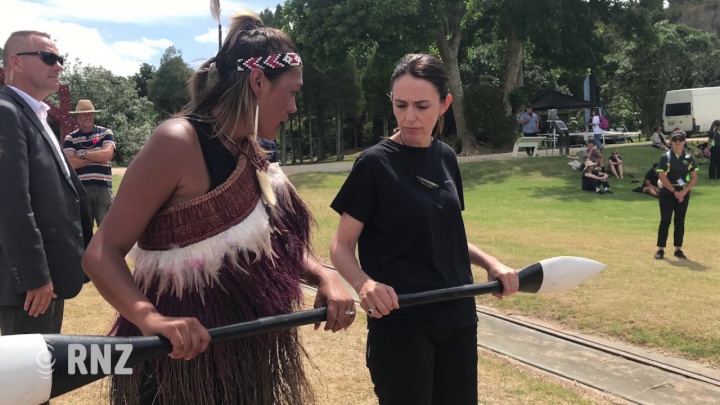 More than 2,500 people gathered this morning at Waitangi to commemorate the 180th anniversary of the Treaty.

People started flooding into the grounds from about 4.30am.

Jacinda Ardern spoke of the bridge between two people.

"On this 180th Waitangi Day let us pledge to take a step across the bridge between our peoples, give us the perseverance in our daily lives to commit to a simple action that helps take us to the otherside, and in doing so give us the courage to walk comfortably in each other's shoes."

She also called to unite in kindness and care towards one another and concluded her prayer with the last verse of the national anthem.

After the service the ministers served up breakfast.