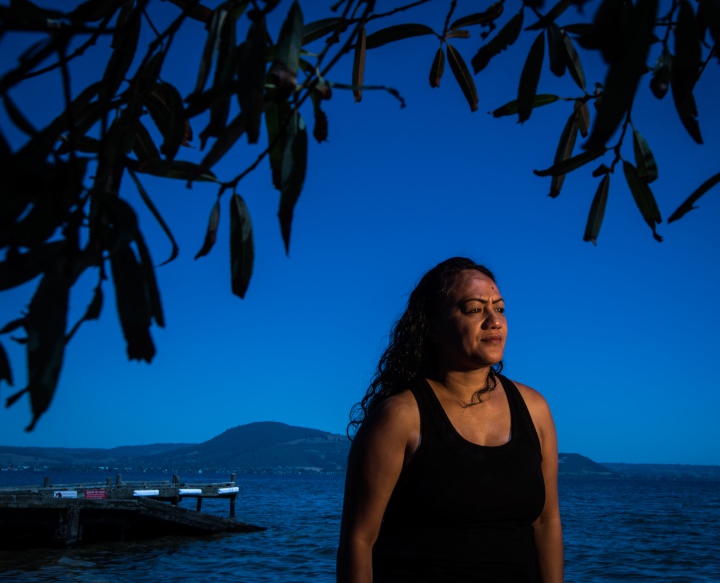 A petition calling for personhood rights for Lake Rotorua has nearly doubled its signatures.

Since Tuesday last week, Renee Kiriona’s petition had ballooned from 2150 signatures to 4078 signatures.

The petition, hosted by online platform ActionStation, calls on Te Arawa Lakes Trust to "do everything it can" to stop a Rotorua Lakes Council from “discharging 20 million litres of treated sewage into the lake every day for the next 30 years”.

The council has proposed treated wastewater be disposed of into the lake via a land contact bed, as opposed to spraying it in Whakarewarewa Forest.

It is linked to a proposed treatment plant upgrade which includes increased capacity and provision of storm flow storage and further treatment including additional phosphorus removal, ultra-filtration and UV treatment before disposal.

Kiriona said she believed people were previously unaware of the proposed changes to Rotorua’s wastewater treatment plant but the petition was changing that.

People were responding to “the importance of keeping our freshwater environment pollution free”.

She wasn’t aware of misinformation among some that the discharge from the upgraded plant would deliver raw sewage into the lake, which was incorrect, as the proposed discharge would be treated wastewater.

But Kiriona said it didn’t matter much either way.

“The perception is you just can’t treat sewage [to] where it’s safe enough to swim in. I would say, ‘We’re filling up a pool with treated wastewater, would you put your children in it?’

“Because that’s, in essence, what we’re saying here.”

Tikanga Māori played a part too, and Kiriona said it was a matter of tapu and noa - in this case, forbidden and purified things.

“They need to get more serious about their role of protecting the lake. [They’re] playing it too safe.”

Vercoe had last week reserved commenting until the Environment Court process had “run its course” - a position she maintained on Friday when Kiriona’s comments were put to her.

The trust had submitted against the proposed discharge at the end of 2018.

Kiriona said she was still aiming for 5000 signatures which she thought would be enough to put her case to the trust.

She would also be asking the Waiariki electorate candidates whether they supported the idea, come election time.

Rotorua Lakes Council and the Bay of Plenty Regional Council both declined to comment on the issue further.

Waiariki MP Tamati Coffey said after his current member’s bill - regarding surrogacy laws - was drawn, he would “look into what kaupapa I advance next”.

How best the Government could work alongside local iwi to “achieve our mutual kaitiakitanga goals” was “always a topic of conversation”.
“We are actively investing in the climate change strategy of Te Urunga o Kea - Te Arawa Climate Change Working Group, and our Te Mana o Te Wai fund is helping hapū around the motu preserve our fresh water taonga.

“So there is plenty of opportunity for partnership on this issue.”