On A Theoretical Way To Reduce The Scandals Over Political Donations 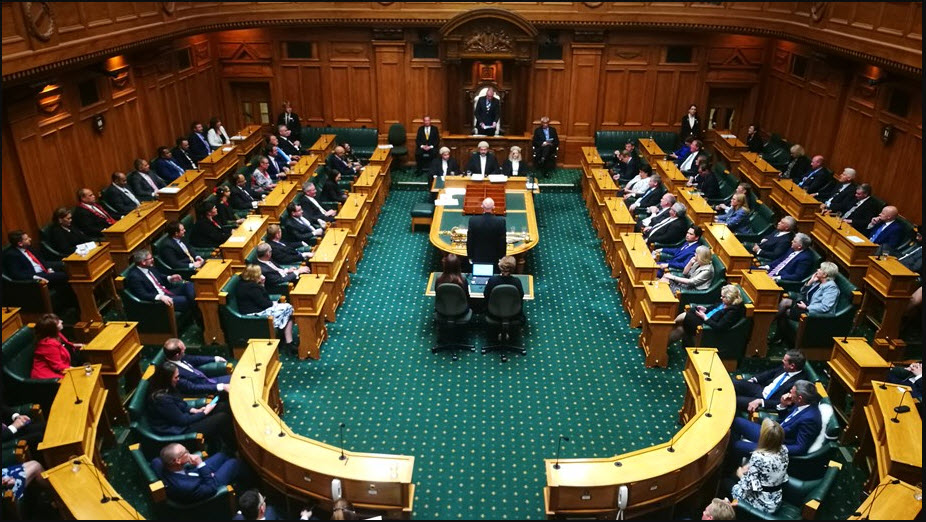 Political donations have become a reliable source of scandal. Last Monday, the courts continued the name suppression of six people associated with a donation made to the Labour Party that has led to Serious Fraud Office (SFO) charges being laid. This year, the Maori Party failed to comply with the Electoral Commission timetable on the reporting of donations. Down the years, New Zealand First was at the centre of several donation scandals, and the SFO charges laid in relation to the latest one are still working their way through the courts. The fallout from the 2018 National party donations scandal also resulted in SFO charges being laid.

A few patterns in these events have become evident. In some cases, donors were allegedly encouraged to split their donations into smaller packages, to get around the $15,000 legal maximum for any one donation. Other alleged ruses involved the donations being funnelled to an intermediary body, from whence the money could be dispensed as needed. Clearly, the repeated allegations of wrong-doing (and the subsequent SFO investigations) do signal that there’s a need for systemic change.

But how? So far, the main suggestions for how our politicians might be weaned off their fraught reliance on private donors all involve methods of state funding for political parties. Obviously, this wouldn’t go down well with the public, who would prefer to see their money spent instead on social needs and public services. However, there is another way (at least theoretically) of curbing the need for MPs and political parties to solicit donations from wealthy donors. After all, there’s always a risk that those donors might reasonably expect that their generosity will be rewarded with policies to their liking. Solution: why don’t all MPs pay a tithe of 10% on their income? Why don’t they volunteer to pay for at least some of their party’s operational costs and election campaign needs by opening up their own wallets?

I know, the Greens already do tithe their MPs. Yet for some reason, the idea of putting one tenth of an MPs salary into one’s party’s fighting fund has never caught on across the board. It really should. It would save those parties from going out there cap in hand to solicit donations on the cocktail circuit. Also, the public would surely applaud them for reaching into their own pockets. It would also be entirely consistent with the “user pays” philosophy that some political parties seem to hold so dearly. With reason, the public already thinks that MPs are overpaid, both in basic salary and in perks. They might feel a whole lot better about Parliament if the entirety of their money wasn’t simply enabling MPs to live high on the hog.

If tithing was to be made mandatory and extended to all MPs, it would probably require a private member’s bill( hello, Chloe Swarbrick) to rewrite the rules on MP remuneration to specify just how such a scheme would work, in practice. In itself though, it would be an interesting exercise in transparency. It would reveal which MPs – if the tithing idea was put up as a conscience vote – or which parties (if it was voted along party lines) would support or oppose it. The same benefits of transparency would accrue if tithing was left as a voluntary measure, with compliance being recorded as a footnote to the annual register of an MPs financial interests.

How would it work?

Here’s one way it could operate. Each party would receive and manage the funds from their MPs and would report annually to the Electoral Commission on how those funds were being spent. Voluntary private donations would still be possible, but would go into a separate, secondary account. Only when the tithing fund had been exhausted could the secondary account begin to be tapped. Again, the Electoral Commission would be alerted when and if the tithing funds– which are taxpayer money after all – have been exhausted.

The money involved from tithing would be substantial. The following amounts should be taken as ballpark amounts, and not as precise figures. For guidance, I’ve used the latest schedule of salaries payable under section 8 of the Members of Parliament (Remuneration and Services) Act of 2013. If anything, the estimates are conservative. For simplicity’s sake, I’ve ignored the extra amounts paid for example to party whips, to chairs of select committees, and to leaders of parties according to the number of MPs they command.

If the individuals concerned put one tenth of their base salaries before tax into the party coffers, the relevant amounts would be

All up, the pre-tax grand total for the Labour Party from tithing the Executive and the Labour back-bench MPs would be $1.404 million. Even after tax, the amount involve would reduce the need for quite a few party raffles and cake sale stalls. More to the point, it would also vastly reduce the need to solicit donations from wealthy private donors.

National: National has 33 MPs in its caucus. The Leader of the Opposition is paid at the same level as a Cabinet Minister inside Cabinet. ($296,007.) That leaves 32 MPs, which for simplicity, we’ll assume are on the basic benchers salaries of $163,961, though a few will be on the higher party whip/chair of select committee pay grades.

For National, this would deliver a grand total annually of $554,232 before tax.

But lets keep the tithing computations clear and simple : .

Green Party: The Green party also has 10 MPs. And as mentioned, the Green Party already tithe their MPs salaries. The Greens have two Ministers outside Cabinet. ( on $249,839)

All up, lets assume the impossible ie, that tithing was in practice across all political parties. This would mean that an annual pre-tax total of the $2.5 million of taxpayer funds already allocated would be re-circulating around the parliamentary precinct and out in the field. It might not solve all of each party’s cash flow problems or completely satisfy their apparently insatiable need for campaign finance. But it would (a)improve the image of Parliament by taking some of the heat out of MPs salaries ( b) reduce the scandal-prone need to chase private donors and (c) make the political parties practice what they preach when it comes to pulling yourself up by your own bootstraps.

Tithing might also be a different route to achieving the populist aim of reducing the number of MPs in Parliament. This way, you would keep the same number of MPs, but- via the user pays mechanism of tithing - they would be on reduced rations. Hey, it will never happen, but it does bear thinking about.

Ever since mid-January, when Olivia Rodrigo’s ballad “Drivers License” suddenly blew up (and became the world’s biggest hit single since “Old Town Road”)she hasn’t put a foot wrong. As widely noted, her debut album Sour is a collection of thematically linked tracks inspired by the crushing pain of having your heart ripped out and stomped on for the first time. (Rodrigo may be Taylor Swift’s most talented follower.) Here’s the Sour album’s opening track “ Brutal” on which – parental warning – the young Disney princess deploys a four letter word very effectively.

Talking of Net phenomena, this NYT story is an amusing/terrifying tale of how a 17 year old’s open invitation on Tiktok to his birthday party – hey everybody you’re welcome at Adrian’s Kickback – had, within a few days, garnered 280 million views, and motivated tens of thousands of party-ready teens (some flying, some driving cross country) to converge on the designated site of Adrian’s Kickback. A police riot ensued. Adrian has hired a manager and is now reportedly considering a career as a social influencer. For your interest,

here’s the link to the TikTok video that set the whole thing in motion. Its brutal out there.