Atheism Could Save Journalism, Democracy, and Your Family 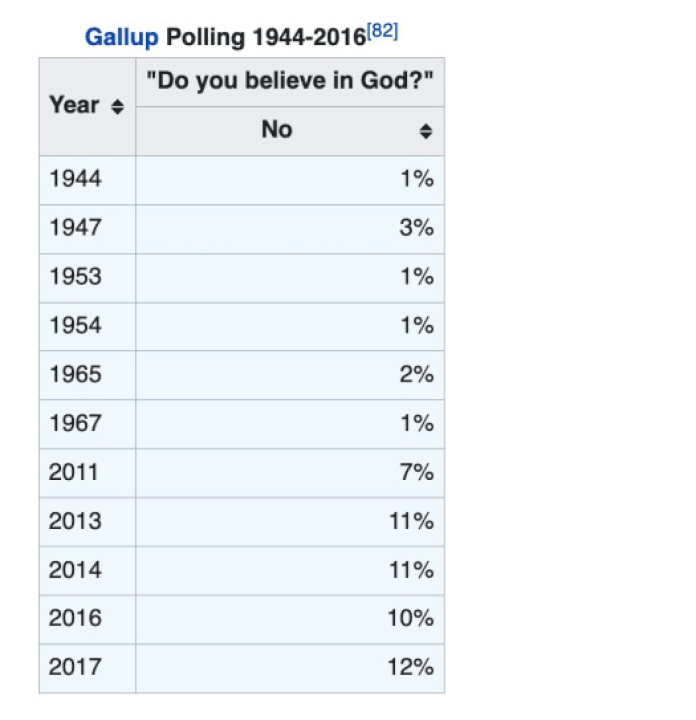 I know, I know, journalism is so bad you don’t really want it saved or really see what saving it would mean — much less want it saved by some evil abomination like atheism. And we’ve never actually had democracy. And I’ve got no business mentioning your family, especially in the same breath as something as disgusting as atheism. But hear me out.

I’m thinking of those members of your family who believe they should eat horse medicine or that the earth’s climate is doing OK or that Iraqis and Libyans and Afghans are mostly grateful for the wars or that black people are less intelligent or that Trump is Putin’s slave or that Biden is Putin’s slave. You know who I mean, the people whose beliefs are claimed by them as an unquestionable right, regardless of whether they are supported by facts or logic.

I’m thinking of the general notion that beliefs are a question of identity rather than of actual facts. Sometimes, I hardly know which piece of nonsense to put on in the morning. Should I denounce the “lab leak theory” because some hateful warmonger espouses it, or must I uphold the very same claim because the bioweapons developers denounce it?

Where did we get the idea that beliefs could be put on like outfits, and that I have a right to have mine left undisturbed, no matter how unfounded or destructive?

I’ll tell you where we got that idea. We got it from the Faustian bargain made between religion and a society of individual rights. When people stopped believing that religious conversion would actually save their neighbors from eternal burning, and decided that respecting their neighbors’ right to profess the “wrong” religion was actually the kinder policy, they divorced religion from critical debate. Not that religion had previously been subject to critical debate. But just as it became acceptable to question a religion, it was made inappropriate to question any religion, due to the multiplicity of them, and the preferability of leaving them all unquestioned rather than gently proselytizing or viciously lynching the members of some of them.

So we created this giant category of patent nonsense that it is each individual’s right to “believe,” and never distinguished it from actual beliefs, and never prioritized above it the need to engage in respectful disagreement with open minds, willing — all of us — to settle on the conclusions best supported by the evidence. In a world where we all openly and amicably subjected all of our beliefs to respectful testing in the public square, beliefs in gods and saints and demons and afterlifes and karma would vanish. This might do some serious good if it eliminated any bigotry or caused people to care about the only world that actually exists (the world previously known as “this world”). But the major impact would be far more wide reaching.

Every variety of bigotry could be subjected to critical debunking, along with every variety of quack science, and every species of political fiction. A society capable of that would be capable of democracy, or even better than democracy: consensus. I don’t mean that all questions would be answered and debates ended. I just mean that we would tend to lean on the best available answers until better could be found, rather than relying on some of the worst and insisting that doing so upheld a higher value than pursuit of reliable knowledge. I also don’t mean that this would be perfected in a day or ever; it would be an eternal struggle; just witness some existing atheists who have a great deal of advancement to make in the way of democratic discourse.

Such a society’s news reporting would hardly resemble ours. It would seek out a diversity of perspectives, rather than conformity, but subject those perspectives to honest and respectful debate, rather than declaring them political teams that one can join depending on one’s meaningless preferences. People would thank those who changed their minds (and why not be grateful for that service?), rendering screaming at them completely unnecessary and beside the point. I doubt very much that television ratings would plummet for lack of hostile namecalling, or that anyone would much care if they did. I expect new forms of media and public discourse would emerge, far less dependent on arbitrary authorities and far more on authorities capable of communicating and demonstrating their claims.

And if we all ended up atheists, would that be such a high price to pay?