On the moral and scientific case against Covid booster shots 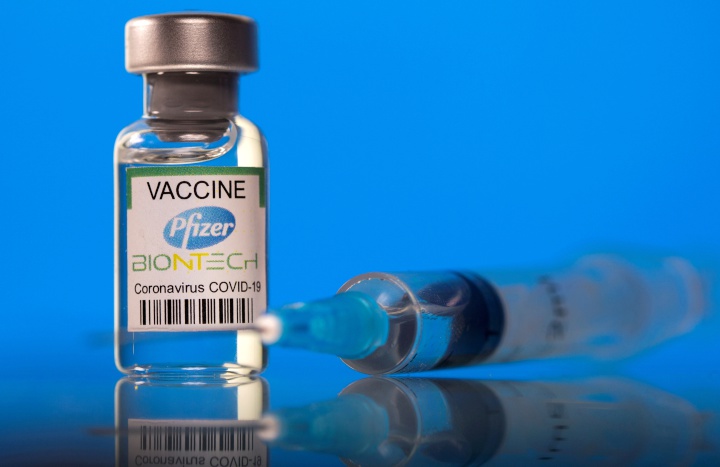 A year ago, a Covid vaccine was still on humanity’s wish list. Now, we’re basing our economic planning - and the safety of opening our borders – on the ability of the new Covid vaccines to reduce infection, hospitalisation and death. Given this reliance and in the face of an evolving virus, there is a lot of anxiety about how well the vaccines protect us, and for how long. Will we need booster shots, and how soon? And would the theoretical gain from a booster shot programme outweigh the very low incidence of serious side effects, such as the myocarditis risk that has been linked to the mRNA vaccines and the Guillain-Barre syndrome associated with the adenovirus vector vaccines?

There’s another consideration. At this point, how justifiable can it be for countries like New Zealand to amass stockpiles of vaccines – Pfizer, AstraZeneca, Johnson and Johnson, Novovaxx- cumulatively sufficient to protect our population several times over, when there are people in other countries who have yet to receive even a single dose of a Covid vaccine. Not even of the AstraZeneca vaccine that the affluent world tends to shun. In these circumstances talk of a third, “booster” shot programme would seem entirely immoral.

That concern can be framed in terms of self-interest. The Delta variant has raised the stakes. In time, are even more dangerous Covid variants likely to arise in a largely unvaccinated Third World ? Possibly. (Delta remember, emerged from a largely unvaccinated context in India.) That’s why – so the argument goes - until we are all safe, none of us are safe.

Almost all the above issues were raised in an article published 48 hours ago in the Lancet medical journal. In it, the authors strongly question (a) the need (b) the supportive medical evidence and (c) the morality of a booster shot programme for the main vaccines that have been rolled out to date. As the FiercePharma medical news website has pointed out, two of the authors of the Lancet article are especially worthy of note. Dr. Marion Gruber is the director of the US Food and Drug Administration’s office of Vaccines Research and Review, and Dr. Philip Krause is her deputy director. This would seemingly put them on a collision course with the Biden administration’s decision – reported by Werewolf a fortnight ago - to launch a booster shot programme. Perhaps not coincidentally in the light of that Biden decision, Gruber and Krause both recently announced their plans to retire from theiur current FDA posts.

The full text of the Lancet article is available here. It begins with a reminder that the data on vaccine efficacy – and the length of time that the vaccines offer protection – is still sketchy, is occasionally confounding and is being selectively reported. Some of it is being published in peer-reviewed contexts, and some of it is not. As Werewolf reported, the Boden booster plan assumes the Pfizer vaccine needs a third booster shot eight months after the second vaccination. In reaching that conclusion, the US seems to be jumping ahead of strong supportive evidence. As the Lancet authors put it :

Careful and public scrutiny of the evolving data will be needed to assure that decisions about boosting are informed by reliable science more than by politics. Even if boosting were eventually shown to decrease the medium-term risk of serious disease, current vaccine supplies could save more lives if used in previously unvaccinated populations than if used as boosters in vaccinated populations.

Booster shots may be better deployed as a targeted response. Yet even then there is room for doubt about that if a double shot regime fails to offer adequate protection, whether a third shot would do much better:

Boosting could be appropriate for some individuals in whom the primary vaccination, defined here as the original one-dose or two-dose series of each vaccine, might not have induced adequate protection—eg, recipients of vaccines with low efficacy or those who are immunocompromised(although people who did not respond robustly to the primary vaccination might also not respond well to a booster). It is not known whether such immunocompromised individuals would receive more benefit from an additional dose of the same vaccine or of a different vaccine that might complement the primary immune response.

So... Even for the most vulnerable, the science remains inconclusive as to whether (and how to proceed with a booster. Should it be with the same vaccine as previously, or with another? In general, here’s where we are to date:

In other words, the main vaccines are still proving to be very effective in preventing serious illness, hospitalisation and death, as distinct from offering protection against mild bouts of infection. When it comes down to the duration of protection – on which the whole argument for booster shots is based – the evidence does not apparently (as yet) support the calls for a booster shot programme. Here’s possibly why:

In other words, antigens may not be the only relevant marker. This is a key point. We still seem to be in a “so far, so good” phase where the antigen response against the earlier forms of the virus is also still working pretty effectively against the variants as well :

The ability of vaccines that present the antigens of earlier phases of the pandemic (rather than variant-specific antigens) to elicit humoral immune responses [ ie antigens against extracellular pathogens] currently circulating variants indicates that these variants have not yet evolved to the point at which they are likely to escape the memory immune responses induced by those vaccines.

But then comes the cautionary footnote, as the variants interact with the vaccines :

Who deserves the life jackets?

Even so.. For now, the reliable science, the authors contend, does not support the necessity for booster shots, or the case for prioritising them. This includes their verdict on an August 2021 study in Israel which had reported some benefits from a third “ booster” shot :

A recent report on the experience in Israel during the first 3 weeks of August, 2021, just after booster doses were approved and began to be deployed widely, has suggested efficacy of a third dose (relative to two doses). Mean follow-up was, however, only about 7 person-days (less than expected based on the apparent study design); perhaps more importantly, a very short-term protective effect would not necessarily imply worthwhile long-term benefit.

To repeat: Vaccines are not a failsafe solution. They are more effective against stopping serious illness, reducing the need for hospitalisation and preventing death than they are at stopping infection or transmission. Even when the overall rate of vaccination is fairly high, the unvaccinated remainder will still be the people (a) most at risk of severe illness, and (b) most likely to transmit the virus. Obviously, the Covid variants do not come out of nowhere. They are more likely to evolve from the existing strains. As the Lancet authors suggest, this means that the “booster” vaccines will be more effective if they are devised to match the main circulating variants, much as we do already with flu vaccines.

Finally though, there is the moral argument mentioned early on. If the need for a booster shot programme is unproven and while the potential gains remain inconclusive, surely the more pressing priority has to be to put the vaccines, the funds, and the technology into speeding up the vaccination rollout in other countries. That’s the conclusion reached by the Lancet article:

The vaccines that are currently available are safe, effective, and save lives. The limited supply of these vaccines will save the most lives if made available to people who are at appreciable risk of serious disease and have not yet received any vaccine. Even if some gain can ultimately be obtained from boosting, it will not outweigh the benefits of providing initial protection to the unvaccinated. If vaccines are deployed where they would do the most good, they could hasten the end of the pandemic by inhibiting further evolution of variants. Indeed, WHO has called for a moratorium on boosting until the benefits of primary vaccination have been made available to more people around the world.

Footnote: The WHO criticism of the Biden booster plan includes this striking comment :

On Thursday, the World Health Organization responded that current data don't support the need for boosters. Unvaccinated people in poorer nations should be prioritized for their first shots before those in developed countries get a third dose, the WHO maintains.“We’re planning to hand out extra life jackets to people who already have life jackets, while we’re leaving other people to drown,” Michael Ryan, the emergencies chief at the WHO, told reporters.

Today, a couple of good songs in which the narrator is offering advice to friends in distress. “Scarlett” is the new single by British art student Holly Humberstone. The line about “ We go together/like bad British weather” is pretty hard to resist.

From a few months ago, Lucy Dacus reportedly wrote this song about supporting a friend through a meeting with her father again, years after he had molested her.