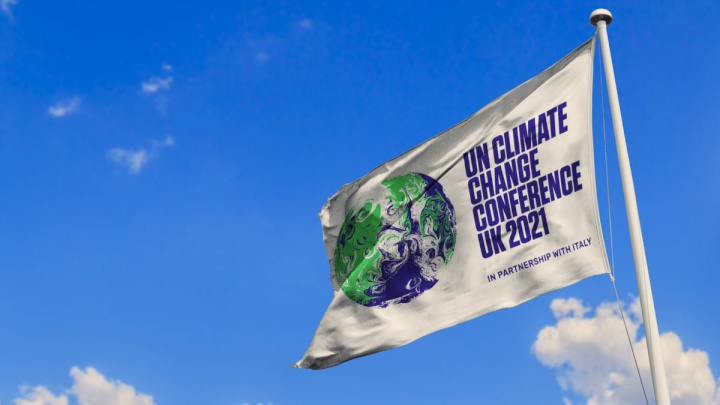 Batten down the hatches. Hurricane Blah Blah Blah is about to unload some serious verbiage at the COP26 climate change conference in Glasgow, yet the real damage to planetary aspirations will be caused by the tiny word: “net.” That’s because a commitment to “zero emissions” is not the same thing as a commitment to “net zero emissions.” By and large, the latter involves paying someone else to reduce their emissions on our behalf by (for example) creating or managing carbon sinks and the like, offshore. Buying our climate indulgences in this fashion means we can choose to reduce our actual emissions here at home only at the rate deemed to be politically feasible. In essence, the virtue signalling involved buys the politicians a bit of extra head room to get away with doing less.

That little word “net” signals the difference between (a) making the changes to our economic settings and consumption patterns required to save the planet and… (b) continuing instead with business closer-to-usual than many punters might think, given; say, the ringing headline promise that New Zealand has just made to halve its net emissions by 2030. That sounds good. Halving the world’s net emissions by 2030 is what the world’s leading climate scientists urged in their Intergovernmental Panel on Climate Change report of 2018, as a minimum.

In practice though, about two thirds of that net reduction promise New Zealand made this week will come from paying someone else to do the virtuous stuff somewhere else. (Nothing new about this. Under the Paris Agreement five years ago, the National government promised to cut net emissions by 39% by 2030, and fully 80% of those net reductions were to be contracted out offshore in this fashion.)

This contracting out process can be dodgy, especially if and when the ‘net zero’ promises are the only significant plank in a country’s response to climate change. Currently, we are not the only country engaged in this ploy of kicking the emissions can off down the road to somewhere else. The US (see here),Costa Rica (see here, and Japan (see here) are among the 130 countries estimated by the UN to be doing – or contemplating doing - likewise, and that list includes some major fossil fuel exporters, like Russia and Saudi Arabia. But ‘net zero’ emissions cuts are not enough. Beyond the facade of neutrality, significant cuts to the actual emissions are required. As the UN says in cautioning against an over reliance on net zero targets:

While net zero is a critical longer-term goal, steep emissions cuts – especially by the largest greenhouse-gas emitters – are imperative in the next 5 to 10 years in order to keep global warming to no more than 1.5 °C and safeguard a liveable climate.

The problems with contracting out

No doubt, because global warming is a planetary problem, transferring the solutions to some other point on the globe can seem, on paper, like a good idea. Which it can be – provided that not everyone else (or nearly everyone else) is doing likewise. In addition, the net-zero path is also fraught with problems of its own. What will count as equivalence in the “ balancing” act is a less than precise science. Is X amount of New Zealand’s CO2 - or of its methane – truly going to be exactly offset by Y number of trees planted in Malaysia or in Brazil ? How precise is the offset measurement? How strict are the monitoring measures in place to prevent the same offset being “double counted” if and when it is sold multiple times to several countries seeking absolution for their climate change sins?

Also, what happens when those virtuously planted trees eventually get cut down, and release the C02 they’ve trapped back into the atmosphere ? On current projections, this will happen rather uncomfortably close to the 2050 deadline for getting global emissions down to within the 1.5 degree level of warming on pre-industrial levels that the scientific consensus deems to be necessary for planetary survival.

Not surprisingly, there are other social equity issues involved in kicking the can elsewhere. If major corporations largely continue with business as usual while doing much of the virtuous stuff somewhere else, this won’t do much to improve the health of those living in proximity to, say, smokestack industries. Thankfully, smokestack industries are not as pressing a problem in New Zealand as they are elsewhere. We have other problems driving our need for offsets. For example: because of our geographic isolation any post-Covid revival of tourism is going to underline our reliance on international aviation, an activity that’s notoriously difficult to de-carbonise.

Beyond the problems of accurately measuring and monitoring the offsets, some offset schemes simply don’t work as advertised. Here’s an example. Funding forestation in Third World countries can also have negative impacts on the lifestyle and the food gathering patterns of local and indigenous communities. And even if it proves to be possible to develop viable offsets with adequate verification procedures… The mere neutralisation of emissions, to repeat, is unlikely to be enough. As this Vox News article says, we need to be planning now for net negative emissions, which will require a commitment (and practical methods) to withdraw more CO2 and methane than we are currently pumping into the atmosphere.

Every scenario for stabilizing the global climate around 1.5°C of warming involves net-negative emissions after the middle of the century, the IPCC reported in 2018. Its low-end estimate was that humanity would have to withdraw 100 gigatons of carbon dioxide from the air by 2100, roughly double the amount that humanity produces in a year today. The high-end estimate was 1,000 gigatons.

As we engage with the scale of the actions required… There are other valid global equity reasons why wealthy developed countries – which have derived much of their accumulated wealth from planet polluting activities – should be moving to net negative emissions a lot faster than the pace expected of poorer countries. After all, it is less wealthy countries (and small island states) that are already bearing the brunt of the extreme weather events being raised to crisis levels by climate change.

No doubt, New Zealand would find it painful to transition to where we would be making significant cuts in our actual emissions en route to meeting net negative emissions targets. The politics of it would be fraught. Unlike other countries that can make relatively easy gains by fully embracing renewable energy, our own renewable electricity levels are already unusually high. (There are no low hanging fruit for us on the renewable energy front.)

Also, and for obvious political (and economic) reasons, New Zealand remains notoriously reluctant to demand major sacrifices from farmers, in order to improve our climate change performance. While the country as a whole chases a 50% net reduction target by 2030, agriculture is being asked to make only a 10% net reduction over the same period. Yet regardless, some farmers continue to whinge about how hard done by they are, as a consequence of government demands. In reality, agriculture accounts for 48% of our greenhouse gas emissions. Thanks to booming world prices, farmers will probably never be in a better position than they are now, to absorb the costs involved in say, reducing the size of their methane-emitting herds. Yet for the foreseeable, NZ agriculture will be allowed to continue to rely on taxpayers meeting most of the costs of its climate-harming activities.

The cost of keeping it local

Climate change may be a global problem. Yet as Vox has also pointed out, most of the national plans on climate change being tabled in Glasgow at COP26 are entirely inward looking. They deal only with the reductions to be promised, and delivered, within a country’s national borders. Routinely, such plans ignore the extent to which national economies contribute to global warming by their systematic exporting of fossil fuels:

Australia, for example, published a proposal for achieving net-zero emissions by 2050 that relies heavily on investments in low-emissions technologies. But its interim target for 2030 hasn’t budged. And while Australia’s government expects domestic greenhouse gas emissions to fall, it remains the world’s third-largest fossil fuel exporter and will continue selling coal and natural gas abroad. “Australia’s coal and gas export industries will continue through to 2050 and beyond, supporting jobs and regional communities,” according to the plan. Similarly, Saudi Arabia is aiming for net-zero emissions by 2060 and is investing $186 billion in cutting its emissions, but it expects to continue exporting oil in the meantime. Even the US has urged countries like Saudi Arabia to boost oil production to stimulate the global economy.

Finally… The sharp end of the COP26 commitments will become clear only at the very end of the conference. Yet on past performance, the genuine gains – let alone the net gains – are unlikely to reach anywhere near what’s required to avoid catastrophe.

As the old hymn would have it, ‘God gave Noah the rainbow sign / no more water, the fire next time.’ At the age of 77, Elizabeth King’s old school exercise in 1960s soul music tropes will have to do service for now, as a Glasgow protest song - even if King has probably got hellfire on her mind as much as she is thinking about global warming: