On The Politics Of Hoping For The Best 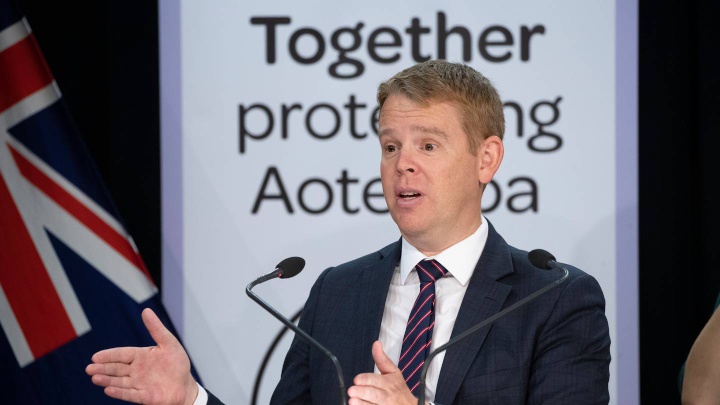 As the new daily Delta case numbers surge upwards, it is getting harder for the captains of Team Five Million to make decisions that still seem rational in any public health sense. Although we are only at the outset of the re-opening process, the public health system in Auckland is already showing signs of strain. The decisions to re-open are being made while Auckland pursues a suppression strategy that’s likely to undermine the elimination strategy still being pursued almost everywhere else in the country. The business imperatives driving the re-opening process also seem more hopeful than rational. If we re-open, the customers will come? That’s a big maybe. Soaring infection rates are likely to be bad for the foot traffic.

In the meantime, our handling of the Covid threat coming at us from offshore seems out of sync with our handling of the internal threat – if that’s the right word – that Auckland will pose to the rest of the country once the three Auckland region DHBs have hit their magical 90% full vaccination target. The arrival at that landmark is due to be officially announced on November 29th. Around that time, the traffic light system will then kick in, and the borders will come down. Aucklanders will be able to travel far and wide around New Zealand, although by mid-December, Air New Zealand will be demanding evidence that its customers are fully vaccinated, or have had a negative Covid test within 72 hours of boarding the plane. In the other direction, visitors will be able to flood in and will (perhaps) carry home with them something other than happy memories of the Queen City. Things that rise are about to converge. Good luck.

In reality, it was never possible to run a suppression strategy in Auckland while maintaining an elimination strategy almost everywhere else. Delta was always set to spread. In the meantime, the border rules separating Aucklanders from the rest of New Zealand are notably less robust than the screening process for arrivals from offshore. Increasingly, that distinction makes little sense. As the latest Otago Medical School blog entry points out, the infection rates per million in many of the origin points for our foreign arrivals (Australia, most of Europe, much of Asia) are actually lower than they are in Auckland right now. Here’s a key question the Otago authors pose:

If you’re at the supermarket in Auckland, would you be at more risk of being infected with the pandemic virus causing Covid-19 by someone fully vaccinated who arrived from overseas this morning, or from an average Aucklander who happens to be there at the same time? What about if you’re in Northland or Waikato?

On paper, the Otago authors’ argue, a hypothetical Canadian teleported into that supermarket would pose less of an infection risk right now than other Aucklanders currently do. After all, those arrivals from offshore in Auckland are fully vaccinated, and have pre-tested negatively for Covid within 72 hours before arrival. Yet they have to spend 14 days in a managed isolation facility and undergo regular PCR testing. By contrast:

Although NZ still seems to have an elimination strategy for areas outside Auckland, not all Aucklanders need to show a negative test to cross the boundary into other parts of NZ; there are no vaccine requirements; and none are required or requested to self-quarantine, regardless of destination or vaccination status.

The upshot is that “Current MIQ requirements for vaccinated arrivals to Auckland could therefore be dropped for most, without increasing the risk for Aucklanders.”

One of the striking things about the Otago Medical School calculations is that they are premised on Auckland having- as of 7 November - a 72% rate of full vaccination. That isn’t a typo. It is a reminder that despite all the political hoopla about Auckland regional DHBs hitting 90% rates of vaccination, that rate pertains only to the eligible population, 12 years and over. It is not a percentage of the entire population. Currently, 5 to 11 year olds are waiting upon a paediatric version of the Pfizer vaccine, of about one third the potency of the usual Pfizer formulation. In other words, “Freedom Day” for adults will occur before the Covid vaccine for kids is widely available, if at all. While children are less likely to experience serious consequences from Covid, the risk to them is not to be taken lightly. As AP reported six weeks ago:

5 million children in the U.S. have tested positive for COVID-19 since the pandemic began and at least 460 have died, according to the American Academy of Pediatrics. Cases in children have risen as the Delta variant swept through the country.

Making the best of it

So, to repeat what has been said ad nauseam over recent weeks… The 90% vaccination rate is a political construct. In part, it is being achieved by over-representation in some categories (e.g. older European New Zealanders) and under-shooting among the young, the rural and Maori, or all three of those categories at once. Even though Maori vaccination percentages remain low – which means that Maori are at greater risk of being collateral damage once Covid restrictions are loosened - it is also worth keeping in mind that the ranks of the unvaccinated contain more European New Zealanders than Maori. In gross numbers therefore, unvaccinated pakeha are likely to be putting more of a strain on the public health system. However, other social factors – density of housing, intergenerational households, rural /urban distribution and access to care – are likely to determine just how severely the virus is going to impact on the unvaccinated.

Finally and despite complaints from the hospitality sector, it seems logical for the government to treat cafes, restaurants, and bars (where people congregate in close proximity for longer) rather differently to retail outlets, where the transactions are more fleeting. The suggestion (made by one hospo owner on RNZ this morning) that the government should require public servants to return to their office blocks in order to generate more foot traffic for cafes, sounds like wishful thinking. The more pressing priority will be to improve the ventilation of those offices to ensure that any mass return to office work can be done safely. In reality though, yesteryear’s foot traffic is never going to return. Too many firms, banks and government departments have discovered the rent savings to be made from rotating their staff through working-from-home arrangements.

Footnote One: Over recent weeks, the “damned if you do/damned if you don’t” dimensions of government policy have been somewhat amusing. After all the business/media calls to ease the Auckland lockdowns, Covid Minister Chris Hipkins was then lambasted at one recent press conference for his “failure” in letting an infected Aucklander travel to Christchurch.

Similarly the calls for a greater use of home isolation now sees some 2,000 people isolating at home across the Auckland region. Yet if and when their condition worsens… Calls for the opposite approach are now commonplace. Why aren’t sick people already in hospital and as their condition deteriorates, will home isolatees really get access to care in time? Again, these contradictions are set to get worse as Delta spreads.

Footnote Two: Regardless of the above, some level of MIQ procedures will always be necessary. That’s because even full vaccination status and pre-travel PCR testing does not entirely remove the risk of importing Covid. As PM Jacinda Ardern said at yesterday’s press conference, about three infected arrivals a day are still being picked up at the border. This means that once we hit the magic 90% number and restrictions ease, the community could still be looking at 20 cases of infection arriving in its midst from offshore every week. Hopefully, home isolation will screen some of those out. Or as indicated above, this could just mean that the family/whanau home will become a potential incubator for the disease. Well, the marriage vows did say through sickness and health.

Aimee Man wrote “You Fall” as part of her score for a stage production of the film Girl Interrupted, since abandoned because of Covid. Ironically, the song is about being able to keep things together amid a climate of generalised anxiety, which could hardly be more topical:

Over the years, Mann has made this sort of inner-directed torch ballad her niche… Here from the soundtrack of the filmMagnolia,is her haunted, wistful ballad “Wise Up…”