On The Obscure Bill That Erodes Our System Of Justice 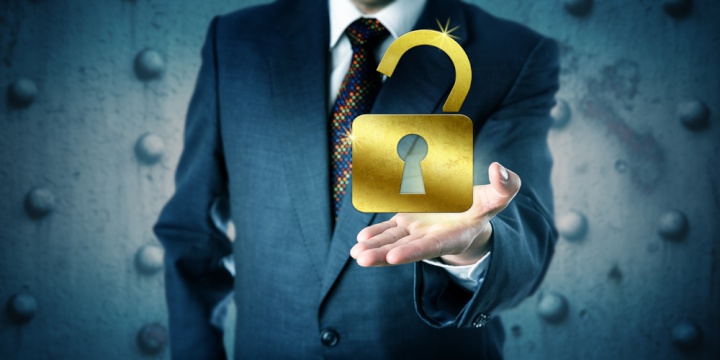 The pandemic continues to bury any number of major news issues. Understandably, there has been a deluge of stories in recent weeks about the beginnings of the traffic light system, the end of the Auckland lockdown, and the arrival of the Omicron variant. Not to mention all the stories about the timing of (a) the Pfizer booster shot programme for adults, and (b) the launch of the paediatric version of the Pfizer vaccine for 5-12 year olds.

With all this going on, it is hardly surprising that the Security Information in Proceedings Legislation Bill slipped into Parliament in late November, virtually unnoticed. This was unfortunate, because the Bill quietly erodes the principles of natural justice in this country. In essence, the Bill formalises a system whereby, in an expanding range of courtroom situations, people will be unable to know, let alone challenge, all the evidence being used to prosecute their case.

If the Crown decides for example that the revelation of secret information might disrupt our international relations, threaten our national security, undermine our economic well-being or unduly disturb departmental best practice, then the accused may end up being prevented from knowing all the evidence being weighed against them. Good luck with defending yourself when you don’t know what the courts are relying on to decide your fate.

Here’s a fairly recent example of this sort of practice that the Bill is seeking to enshrine. In this case, a passport was cancelled, allegedly to prevent the passport holder from going overseas to commit a terrorist act. The passport holder strongly rejects that assumption. The secrecy in which the decision has been shrouded makes it hard for anyone involved – including the media – to assess whether a genuine risk to national security existed, or whether the secrecy imposed on the proceedings was as much about concealing the arbitrary nature of departmental decision-making.

At all stages in an expanding number of contexts, the Bill will enable the court to be closed to the public, to the media, and to any non-Crown parties and their lawyers. It expands the range of situations in which a secrecy blanket can be dropped over court proceedings. Beforehand, in cases involving secret information, a preliminary hearing would usually be held in open court before later heading off – if deemed necessary – to a closed court session. According to the Bill’s provisions though, even the preliminary hearing can also be held in future in closed session. Upshot: not only can people lose in court without being able to properly contest the reason, but the media and the wider public may not even know the case has occurred, let alone what judgement was passed.

Justice Minister Kris Faafoi has pointed to the safeguards that the Bill contains. In situations where the Crown decides that secrecy is desirable, the non-Crown party can be represented by a security-cleared special advocate. “The special advocate and judge would have full access to the national security information, and the judge would only allow proceedings to continue if they were satisfied that a fair trial could take place. ”

The judge – and Faafoi – may be the only people satisfied with this deeply flawed substitute for the ancient right of the accused to challenge the evidence against them. In Canada, the UK, and New Zealand, the special advocate system has been criticised as an inadequate sop to natural justice. Why? For starters, the special advocate is paid by the Crown, and only the Crown’s panel of lawyers deemed eligible for a security clearance can perform the role. Basically, they’re a helpmate of the court, and not a lawyer for the accused. Crucially, once he or she has entered the closed session and seen the security evidence, the special advocate cannot communicate with the person outside whose rights they are nominally representing. They also cannot challenge whether the secret evidence being with-held truly does endanger national security. Finally, the special advocate is not legally accountable to the accused for the quality of their “defence.”

In other words, this is nothing like a normal client/lawyer relationship. The distinguished British jurist Lord Steyn, in a case (Roberts v Parole Board) where a person was denied parole on the basis of secret information ( presumably from a prison informant) described the special advocate system in these scathing terms:

“Taken as a whole, the procedure completely lacks the essential characteristics of a fair hearing. It is important not to pussyfoot about such a fundamental matter: the special advocate procedure undermines the very essence of elementary justice. It involves a phantom hearing only.”

All of this seems highly problematic. By its nature, security information routinely includes hearsay, gossip, and speculation. As the Irish law professor Aileen Kavanaugh wrote (in an 2010 article called “Special Advocates, Control Orders and the Right to a Fair Trial”) the reality is that security information commonly contains:

“Second-or third-hand hearsay, information from unidentified informants, information received from foreign intelligence liaisons, data mining and intercepted communications, not to mention the hypotheses, predictions and conjecture of the intelligence services themselves.”

Arguably then, the veil of secrecy can exist as much to hide the dubious quality of the security information and the dodgy techniques that generated it, as much as it exists to protect vital sources and the techniques for amassing security information. Unfortunately, 9/11 ushered in an era of national security concerns and responses. New Zealand rushed some of them into legislation because the Clark government felt impelled to comply with the UN resolutions of the time. Unfortunately this new Bill retains, streamlines and formalises many of the most arbitrary and unbalanced elements of the immediate post 9/11 security climate. For bureaucrats and politicians alike, secret information has become quite an addictive tool. The more they use it, the more opportunities to use it become apparent.

Representation in a Void

The ban on the special advocate talking to the accused (or non-Crown party) after the secret evidence does serious damage to any recognisable form of natural justice. If the case turns for example on whether the accused was at a certain location on a certain date, the special advocate will not be able (Unless at the Crown’s pleasure, and only if the request is put in writing) to ask the accused if this is true, or whether there is an alibi, or an innocent explanation. Throughout, the system envisaged by the Bill breaches the principle that the judge should have no dealings on the matter in hand with one litigant save in the presence of and to the equal knowledge of the other party to the proceedings. Frankly, when justice is reduced to the best that’s available in the circumstances, there’s a point reached pretty on in that journey where it ceases to be justice at all.

Yes, the Bill does require the accused to be given a redacted summary of the allegations against them, but this is still an inadequate attempt at balance. Why? Because often, the case will be decided on the details. Two decades ago, in the Ahmed Zaoui refugee case that was the first occasion when special advocates were used in this country, it was the mis-interpreted details that led the SIS to put two and two together, arrive at eight as an answer, and then leap to the erroneous conclusion that Zaoui posed a terrorist threat.

Greater transparency, and increasing the powers of the special advocate, the judge and everyone else involved to interrogate the integrity of the secret evidence is the only way to stop the security agencies from continuing to (a) make mistakes and (b) bury the evidence. Needless to say, the Bill does not go in that direction at all. It doesn’t seek means to enhance the ability to test the secret information itself, or the justification for resorting to it. Instead, it formalises the process of concealment.

For anyone wishing to read more about the special advocate system and the ethical questions it raises, John Ip’s 2008 article available here offers a useful overview. In my own long interview with the great British law lord Thomas Bingham, an entire section of the interview is devoted to the role of special advocates. David Emanuel’s 2018 honours thesis for Otago University available here is a well written, well-argued case for striking a better balance between national security, and the rights of the non-Crown party contained in the Human Rights Act. (Canada, not the UK, has struck that balance more fairly than the UK precedents that we tend to follow.)