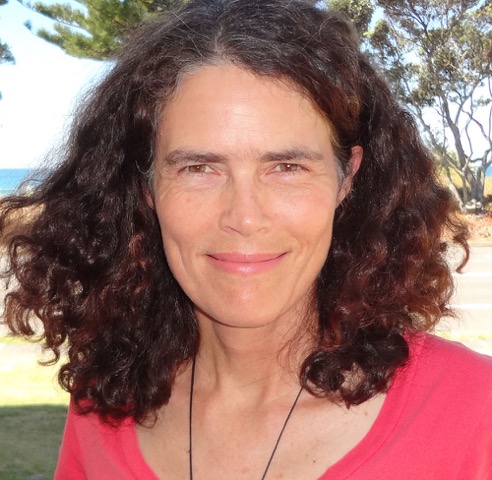 The blurb copy on the back of Raymond Richards’ biography of Sir Geoffrey Palmer promises “a fascinating, warts-and-all account of the political career of one of New Zealand’s brightest sons”. And, yes, there are a few warts in the book’s 472 pages. But not many, and those that do appear are, in Richards’ hands, somehow commendable.

Palmer might have had a reputation for “for being condescending and lecturing,” for example, but the reader shouldn’t forget that he was battling New Zealand’s “anti-intellectual prejudice…that intelligent, educated people are elitist and impractical.” For Palmer, being of high intelligence came with both benefits and burdens. As Richards puts it, Palmer was “able to grasp subjects better than most people could, but [was] also frustrated, and sometimes exasperated, by others’ inability to keep up. His virtuosity also tempted him to be pleased with himself and impatient with others.” Palmer has good reasons for his flaws.

The book itself has some of the characteristics it identifies in its subject. Earnest, worthy, well-researched, sometimes condescending and wooden. It is also fawning. While Richards notes that he did not show Palmer the manuscript before it was published, Palmer did facilitate its writing, giving the author access to “235 linear metres” of his papers. (David Caygill provided 158 linear metres of his.) Just in case you’re wondering how much that is – and I was – according to “Public sector records management: a practical guide,” by Kelvin Smith (2007) “a four-drawer filing cabinet takes up about 1 square metre of space; it holds about 2 linear metres of records”. That means Richards trawled the equivalent of nearly 200 four-drawer filing cabinets’ worth of papers, not to mention myriad other sources.

That makes for a lot of detail, and far too many opportunities to illustrate Palmer’s admirable qualities. Perhaps, for example, we could have done with a little less about the papers and books Palmer wrote in the years before he entered Parliament, even if his Compensation for Incapacity: A study of law and social change in New Zealand and Australia was described by a Boston University law professor as “One of the most intelligent and readable books on no-fault compensation in the literature”. In this section of the biography, Richards is establishing Palmer’s intellectual bona fides, particularly surrounding his time in the U.S., but there’s too much – and it’s too constantly congratulatory – for a biography ostensibly focused on the “Parliamentary Years”.

Those begin in 1979 (and in Chapters 4 and 5 of the book) when Palmer entered Parliament in a by-election in the safe Labour seat of Christchurch Central. By 1983, at the age of 40, he was chosen as deputy leader to David Lange, a testament, Richards explains, to Palmer’s “intelligence, skills and hard work”. Less than two years later, in July 1984, he took the post of Deputy Prime Minister after the Labour landslide that followed Muldoon’s snap election, a job he held for five years.

Like Palmer, Richards does a fine job of digging into the kind of constitutional and procedural issues that rarely rise to the top of the agenda of either politicians or journalists. And there was certainly a lot to be done in that quarter in the wake of the Muldoon years. As Palmer himself is quoted as saying, “In a sense my political career was built on opposition to Sir Robert Muldoon’s methods of operating the New Zealand constitution.” A nice way of putting it. Another version, also from Palmer, describes New Zealand in those years as being an “elected dictatorship”.

Richards reminds us just how authoritarian that elected dictatorship was by reprising some of our low points, including the Clyde Dam affair, when the Muldoon government rammed through legislation that overrode legal challenges to the project; legislation that retroactively validated the government’s wage and price freezes; Muldoon’s tendency to rule by regulation and decree; and his preference for very short Parliamentary sessions. Still, as the Fourth Labour Government was to show, there are more ways to abuse power – and more subtly – than Muldoon-style naked bullying.

Many of Palmer’s achievements on constitutional issues, including matters of open government, Parliamentary procedure and the role of Treaty of Waitangi, are worthy of a wider airing than they’ve had, and Richards gives them their due. But on issues likely to be higher in the public mind, the book is less consistent. The account of the Nuclear Free Zone legislation and ship visits is thorough and interesting (U.S. pressure and the government’s struggle to appease the Americans is instructive in light of Nicky Hager’s new book about just that), but Palmer’s role in the Rogernomics revolution is tantalizingly skimpy.

According to Richards, Palmer was a “central figure” – and just how central, he argues, was not widely known. But other than the State-Owned Enterprises legislation of 1986 being Palmer’s “brainchild”, there is little expansion on just what this “central” role entailed. Palmer apparently believed Rogernomics “was needed to achieve economic growth”, but Richards explains away the unannounced economic revolution as simply the result of what Labour discovered on winning office. He writes: “The perilous state of New Zealand’s economy, revealed after the 1984 election, had led the government to start a free-market and austerity programme not signalled in its manifesto.” (Richards also notes that after the 1984 experience, Labour did not produce a manifesto for the 1987 election, though some pages later, he quotes from one.) The Lange-Palmer government’s pursuit of unmandated policies, while pleading extraordinary circumstances, is surely open to challenge, and given the continued ideological commitment of some of the architects of Rogernomics, including Roger Douglas himself, the excuse is thin.

The announcement in late 1987 of Roger Douglas’s plans for a flat tax and massive asset sales, which ultimately led to Lange’s ouster as leader, is similarly skipped over, including what role Palmer played, and whether or not he was, again, a “central figure”. Considering the detail lavished on things like accident compensation policy, this is disappointing.

I was a parliamentary reporter for The New Zealand Herald at the time of the revolving door to the Prime Minister’s office and, indeed, Geoffrey Palmer was not a focus of the Press Gallery Pack – except, of course, when he became a contender for the leadership. Like Richards, I also lament the fact that having a certain kind of personality matters more in politics than do one’s intellectual chops. Once a media narrative it set – and for Palmer it was always about being dull and somewhat imperious – it’s impossible to change it, something Richards points out. Palmer’s longer term impact on government – both the good and the less so – has surely been short-changed, but in trying to redress that, Richards short-changes everyone else in the story. Sure, it’s biography of one man, but sometimes it’s as though no one but Geoffrey Palmer and those who admire him exist.

Alison McCulloch contributes to The New York Times Book Review and other publications.

Alison McCulloch is a writer and freelance journalist. She has worked at newspapers in New Zealand and the United States, including seven years as a staff editor at The New York Times. She is the author of "Fighting to Choose: The Abortion Rights Struggle in New Zealand" (Victoria University Press, 2013).