The New Zealand Taxpayers’ Union has formally submitted its design proposal for a 3.5-metre artwork in the Beehive entrance, pictured below. 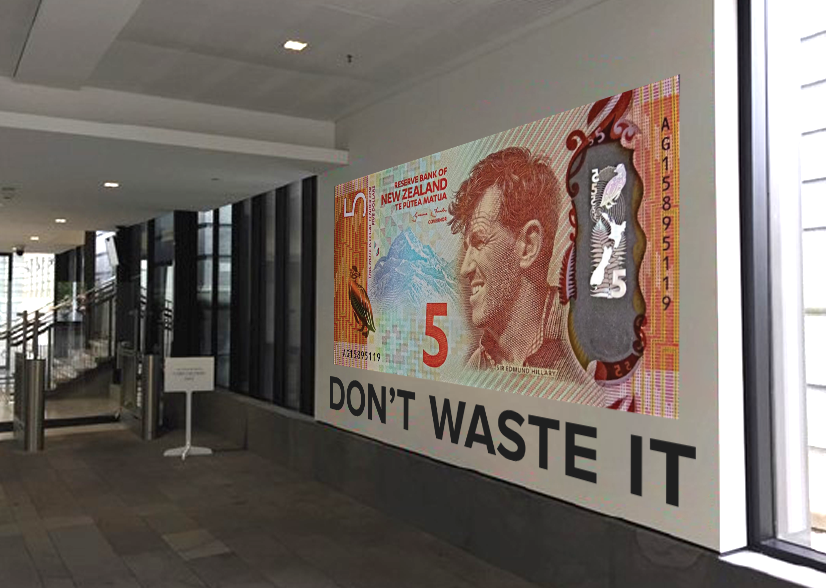 The Union will save taxpayers money by refusing the $15,000 commission fee should its submission be chosen.

Taxpayers’ Union spokesman Louis Houlbrooke says, “Perfectly placed to greet MPs and Ministers arriving for work, Don’t Waste It serves as a warning to would-be money-wasters in the heart of government.”

“For those New Zealanders not lucky enough to earn a politician’s salary, a five dollar note represents a meal, or the bus fare for a job interview. That small sheet of polypropylene can be the difference between hunger and happiness, poverty and opportunity.”

“Taxpayers understand the value of money, because they work for it. But too often, politicians take money from us only to fritter it away on pet projects, political fads, and minor extravagances. The taxpaying public can never be too firm in its opposition to government waste. It is in this spirit that we submit our proposal.”