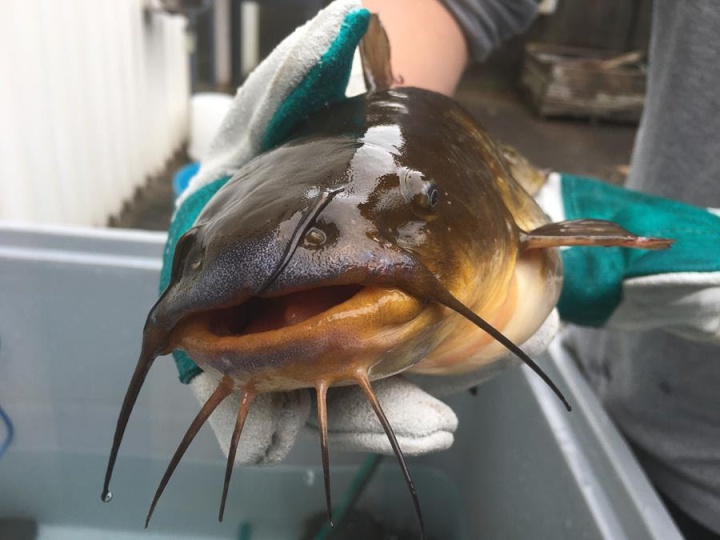 The goal of eradicating Brown Bullhead Catfish in Lakes Rotoiti and Rotorua is being given another boost with investigation into a new biological control method. The partnership between Bay of Plenty Regional Council and the Te Arawa Lakes Trust breaks new ground in the New Zealand biosecurity sector as the parties begin investigating the option of using a biological control to significantly reduce catfish numbers.

“It’s early days and while it has been used successfully overseas, at this stage the focus is purely on investigating the method further and determining how it could be applied in Lakes Rotoiti and Rotorua,” he said.

“We have a good base understanding of the behaviours and impacts of catfish following the completion of six separate research projects in the last two years, so investigating the viability of biocontrol as a long term solution for catfish population control is a natural next step,” Mr Corbett said.

Te Arawa Lakes Trust Environment Manager, Nicki Douglas highlighted that the application of mātauranga māori will be an integral part of the project.

“We know that catfish are having a devastating effect on kōura and other taonga species,” she said.

“Including mātauranga māori-based research into this work will ensure that the research, implementation and monitoring of biocontrol incorporates kaupapa Māori assessments in decision making.”Ms Douglas said.

NIWA has already completed an initial feasibility study of biological control of catfish and modelling has indicated that suppression or even eradication of the species might be possible. The catfish biological control method involves releasing sterile male catfish into a waterbody to disrupt the successful catfish reproduction by causing catfish eggs to be left unfertilised.

Biological control does not involve genetic modification and the activity is regulated by multiple Central Government agencies in New Zealand.

“Ultimately the long term health of the Rotorua Te Arawa Lakes and its freshwater biodiversity is the top priority for everyone involved,” said Mr Corbett.

Ms Douglas reinforced that the role of the Te Arawa Catfish Killas will continue to be crucial in the future to control catfish numbers.

“Biocontrol takes time and the incredible mahi of our Catfish Killas will be needed for a long time yet,” Ms Douglas said.

Next steps for the project involve proof of concept work in a laboratory-based environment, working with regulatory agencies to determine permitting requirements, and commissioning of post-graduate research projects. Engaging with Te Arawa hapū and iwi as well as community consultation throughout the Rotorua Te Arawa Lakes area will be an integral part of the project development.