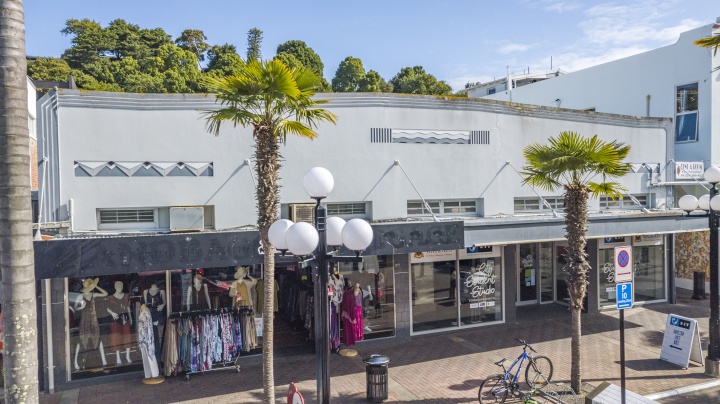 The land and buildings housing Batika Imports at 242-246 Emerson Street, Napier are being marketed for sale by Bayleys Real Estate by way of deadline private treaty closing Wednesday, March 11, unless sold earlier.

Marketing agent Sam MacDonald said the versatile property presented several options to prospective buyers - including partly occupying for their own retail business or exploring the redevelopment options around splitting the building into further tenancies and a change of activity to a food retail or salon use.

The building is in the central business district of Napier - which is currently experiencing a number of exciting revitalisation developments such as the iconic Provincial Building at 262 Emerson St, the Vero House office tower at 70 Tennyson St, and Parkers Chambers situated at 24A Hastings St.

The multi-retail Emerson St premises for sale is a designated heritage building on a paved and planted cobbled street with attractive planter boxes and palm trees, allowing a slower vehicle pace and generally pleasant shopping environment. The property is a single storey retail building constructed in 1932, according to a previous valuation report.

The building currently consists of two tenancies. One of them is soon to be vacant, but Mr MacDonald said the vendor, Senteiro Properties, was offering 12 month leaseback income of $48,000, or a new purchaser can take vacant possession sooner if preferred.

“The other space returns $45,000 a year and is occupied by Batika Imports, an established clothing and accessories retailer that has a further retail site in Taupo.
The current tenancy spaces consist of approximately 189 square metres and 216 square metres respectively - with a large, combined street frontage of 9.8 metres,” Mr MacDonald said.

“The Emmerson Street property is surrounded by strip retail premises and strong national retail chains, clothing retailers, cafes, hairdressers, book stores, shoe stores and the like. Since the later part of 2015 there has been an increase in commercial property activity in Hawkes Bay again including big box retailing,” Mr MacDonald said.

The 242-246 Emerson Street site is zoned Commercial Art Deco Quarter, and the building occupies most of the site. It fits into the medium priced bracket for Hawke’s Bay and provides suitable investment security for first mortgage commercial lending conditions, according to the valuation report.

With a population more than 60,000 residents, Napier is a popular tourist city - partly because of its concentration of 1930s art deco architecture built after the inner city was largely destroyed in the 1931 Hawkes Bay earthquake.

The wider Napier/Hastings population is more than 125,000 - bigger than Tauranga or Dunedin. Nowadays the region is amid an economic boom underpinned by high growth in the pip fruit and tourism industries, Mr MacDonald said..

A highlight is the Art Deco Week held in mid-February. It is one of the biggest art festivals in the world and it has become a mecca for all things Art Deco-related, including cars, fashions and of course, buildings. More than 25 percent of visitors of the 2019 events were from other countries.

The expanding economy is evident at Napier Port which has been enlarged with a range of developments such as a recreational boat marina, and recently the shares in the port company were released in a successful float that also attracted many employees to take an allocation.