Office building could be a jewel in the Crown for investors 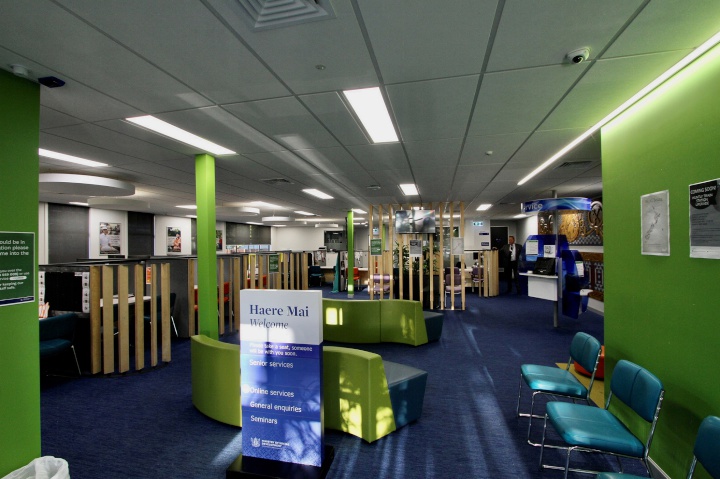 The land and building housing the offices of two key government agencies in the Waikato township of Huntly have been placed on the market for sale.

The single-storey premises on a freehold site in the town’s central business district is fully leased to crown entities the Ministry of Social Development and Waikato District Health Board. The property generates annual rental income of $77,000 plus GST per annum.

The Ministry of Social Development leases approximately 310 square metres of the building for offices and a public-facing service centre, paying total annual rent of $35,000 plus GST per annum. The ministry’s current lease runs through to 2024, with three further three-year rights of renewal.

The Waikato District Health Board occupies a further approximately 498 square metres, generating rental income of $42,000 plus 50 percent of the outgoings and GST per annum. The District Health Board has occupied the site since 2013 and has recently confirmed renewal of the lease until June 2021.

The property is for sale for $1.3 million plus GST, if any, representing a net return of approximately 5.4 percent.

The William Street property is now being marketed for sale by Bayleys Hamilton. Salespeople Alex ten Hove and Mike Swanson said the site had a total lettable floor area, including a common area used by both tenants, of approximately 890 square metres on some 1,844 square metres of freehold land incorporating six car parks.

Mr ten Hove said the building was a relatively modern office complex - constructed in the 1980s from brick with tile roofing. The premises had nearly 30 metres of frontage onto William Street - a major north-south route through Huntly town centre.

“The building has an Initial Evaluation Procedure rating of 107 percent of new building standard. This A-grade seismic rating, along with the high overall quality of the construction and internal fitout, are key features of these premises which are also supported by the presence of significant off-street parking,” said Mr ten Hove.

The William Street property is zoned Commercial under Waikato District Council’s district plan, with a wide range of permitted activities including commercial, education and health.

“The property is located in the heart of Huntly’s central business district in close proximity to the court house, police station and fire station – and beside a depot for Go Bus Transport, which provides local and inter-regional public transport links,” Mr ten Hove said.

Mr Swanson said that, with a resident population of around 8,000, Huntly was a substantial provincial town servicing the northern Waikato.

Mr Swanson said Huntly was a key point along the Hamilton-to-Auckland transport corridor, which also connected with Tauranga to form part of New Zealand’s prosperous and rapidly-growing ‘Golden Triangle’ area.

“Huntly’s convenient connections to the large urban catchments to the north and south are supported by the nearby Waikato Expressway – linking the town to Hamilton, 32 kilometres to the south, and Auckland, just over an hour’s drive to the north,” Mr Swanson said.

“The main trunk railway line running through the town also provides a key connection for people and freight.”

A new $92 million commuter rail service between Hamilton and Auckland would further improve Huntly’s public transport connections to the large population bases in both centres, he said.

“This key transport and infrastructure project – including a significant upgrade to Huntly Station – will open up new options for commuters. A number of city workers are already choosing to live and commute from Huntly, taking advantage of the relaxed lifestyle and more affordable housing options the town offers,” Mr Swanson said.

“The William Street property will be of interest to investors seeking a passive commercial property investment underpinned by the presence of high-profile government agency tenants in a central and well-connected location within New Zealand’s ‘Golden Triangle’.”