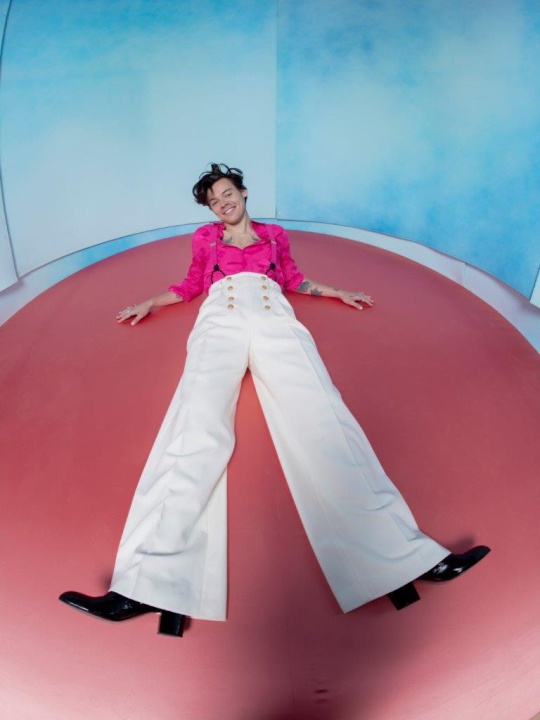 Heading to Auckland, Sydney, Brisbane, Melbourne and Perth, these will be Harry’s first arena shows since his massive 2018 tour.

Check out the tour trailer HERE.

Tickets for all shows go on sale at 2pm Friday, March 20 (local times).

American Express Card Members are also among the first with access to tickets, with a presale beginning 1pm Tuesday, March 17 (local times). Visit amexinvites.co.nz for details.

My Live Nation members can be among the first to access tickets during the pre-sale beginning 1pm Thursday, March 19 until 1pm Friday, March 20 (local times).

Love On Tour is in celebration of Harry’s second solo #1 album, “Fine Line”. Home to smash singles ‘Lights up,’ ‘Adore You,’ and ‘Watermelon Sugar,’ the album peaked at #1 around the world including Australia and New Zealand. It debuted at #1 on the US’ Billboard 200 and entered into the record books as the biggest sales week for a UK male artist’s album since Nielsen Music began electronically tracking sales data in 1991.

Harry also became the first UK male artist to debut at #1 in the US with his first two albums. “Fine Line” is Harry’s superb follow-up to his 2017 self-titled, debut album which peaked at #1 in Australia and #2 in New Zealand and is home to ARIA #1 single ‘Sign of the Times’.

Joining Harry across all Australian and New Zealand tour dates is one of the UK’s biggest pop stars, MABEL. The 22-year old daughter of legendary singer Neneh Cherry and producer Cameron McVey has an instinctive gift of melody that has made quite an impression since bursting onto the scene in September 2015. Since then, Mabel has been nominated for 3 BRIT Awards, winning the category for ‘British Female Solo Artist’, had the biggest selling single in the UK by a British Female artist and racked up more than 1 billion streams worldwide. The Evening Standard has described her as “a gutsy new star” with The FADER adding she is “the best R&B to come out of London in recent memory.”