Putting a face on kiwi diversity and unity 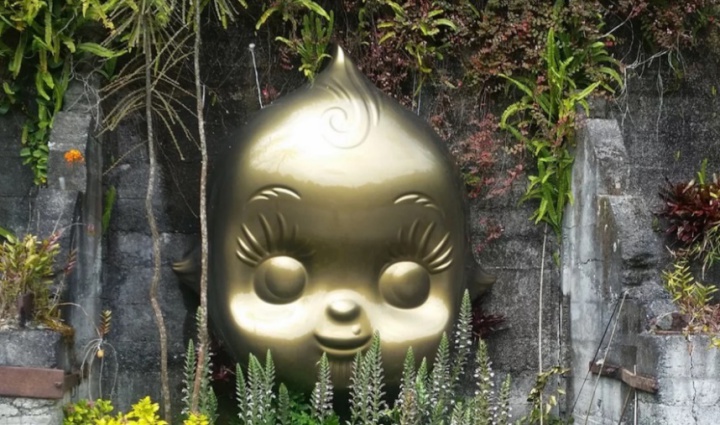 A well-known kiwi artist wants to celebrate unity in New Zealand by “putting a face on” the country’s diversity.

A 2-metre-plus fibreglass face, that is.

Renowned artist Shane Hansen has set up the Te Kotahi Project – named after the Maori word for “one” – to create and distribute large sculptured faces throughout New Zealand, celebrating the diversity of the country and the unity within our communities which shone through during the Covid-19 crisis.

He sees the Project as a symbol of unification – kotahitanga – Kiwis will be able to identify with, and launched it after seeing the positive impacts that art has had on his life and the communities around him.

“A lot has happened in our country over the past few years, shedding light on the importance of being united, celebrating diversity, and appreciating our differences,” he says. “If we can achieve this, we’re on the right track to building an exciting, inspiring future.”

Hansen says the large fibreglass masks that will make up Te Kotahi, appropriately nicknamed “QT”, were inspired by the iconic Kewpie doll. His connection to Kewpie dolls is a nostalgic one – he has strong memories of his Maori grandmother using the name as an endearing term for him while he was growing up.

Towering over its maker at over two metres tall, QT’s face is friendly, child-like, and ultimately non-threatening, which Hansen hopes will start conversations among those who view it. With the first golden prototype featured in the Whangarei Quarry Gardens already gaining positive public feedback, Hansen is confident that Kiwis will respond to the Project constructively.

Hansen says the aim of the Project is to proliferate the masks throughout the country, so that people grow to understand the concept and its message. He’s keen to work closely with those interested in Te Kotahi Project to create QT artworks customised to the individual person, family, organisation, town, or city commissioning the artwork. “I want to celebrate diversity in all its forms – spiritual, cultural, societal, and geographical – by working with Project participants towards a common goal.”

A strong believer in the power of art to bring people together and encourage difficult conversations, Hansen was dismayed to hear that many people felt intimidated by art shows and high-end galleries and sees the Project as a way of making meaningful art accessible. “It’s amazing when people tap into their creative self, the goodness that springs from this - improving physical, mental and emotional wellbeing.”

Hansen compares his vision for the visibility of Te Kotahi Project to the “Where’s Wally?” phenomenon – with a myriad of QTs scattered along the length of the country, reminding New Zealanders of the artwork’s messages of diversity and unity wherever they see them. “My dream is that onlookers will have an instant connection to Te Kotahi wherever they see it – promoting Kotahitanga in its purest form.

I see the QT artworks as belonging to all people from all races, cultures, genders and socio-economic backgrounds – allowing them to become a symbol of unity in Aotearoa, something we need now more than ever.”

Hansen sees the potential locations for Te Kotahi artwork as endless. ”They may be a piece of wall-art in a corporate office, part of a community garden renovation, a high-end sculpture or installation in a gallery or park, a water feature, or a quirky character in a playground, school, or community centre.” He’s also open to other artists becoming involved in Te Kotahi, seeing himself as primarily the facilitator for this project, which he hopes will embrace the talents of other artists.