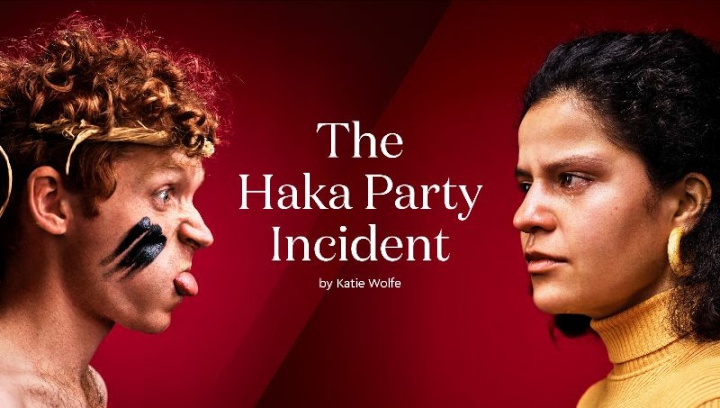 The Haka Party Incident, created and directed by renowned director, actor and film-maker Katie Wolfe (Ngāti Mutunga, Ngāti Tama), is documentary theatre based on the true event that changed race relations in Aotearoa forever: a violent stoush between University of Auckland engineering students and members of activist group He Taua.

Katie Wolfe’s standout piece will be presented on the mainstage at ASB Waterfront Theatre, as part of the 2021 Auckland Arts Festival/Te Ahurei Toi o Tāmaki. The Haka Party Incident is ‘verbatim theatre’ - the script compiled from live interviews and recreated by the actors exactly as they were spoken in real life. This unique theatre technique offers audiences a source of uncontaminated truth; different perspectives of those who were there in 1979, their views and experiences, then and now.

Director Katie Wolfe says, “I have always been drawn to verbatim theatre. I am fascinated by the alchemy of performance and truth. I am also fascinated by the journey that Māori and Pākehā have taken in post-colonial New Zealand. The lessons of the past can only be lessons if they are remembered. So, I am drawn to stories that seem to have been forgotten. And there are many.”

The Haka Party Incident retells the events around a group of University of Auckland engineering students celebrating graduation with an annual mock haka that was a long-held tradition of the department. Dressed in hula skirts and work boots, with words and motifs crudely painted on their bodies, the students would perform throughout the university and city centre, stopping traffic on Queen St.

On May 1st 1979, He Taua visited the engineering students as they rehearsed for the last time. Violence erupted resulting in a landmark court case, a race relations enquiry and the university Haka Party was never performed again.

The idea that New Zealand was a country that had institutionalised racism was talked about for the first time and paved the way for the Māori renaissance of the 1980s.

Since its inception in 1992, Auckland Theatre Company has had a strong mandate to develop and produce new work that tells the stories of Tāmaki Makaurau and Aotearoa New Zealand. The Haka Party Incident was proudly commissioned and developed by ATC Literary, and initially appeared in a development season in 2017 as part of The Navigators.

The season coincides with the opening of Auckland Museum’s new gallery - Tāmaki Herenga Waka: Stories of Auckland that will feature a suite of films made by Katie Wolfe on the Haka Party incident.

The Haka Party Incident, presented by Auckland Theatre Company and Auckland Arts Festival will play at the ASB Waterfront Theatre 5-13 March for 10 performances during the festival. Tickets are on sale now.