Not the end for That’s All She Wrote, a musical theatre cabaret celebrating female and non-binary writers 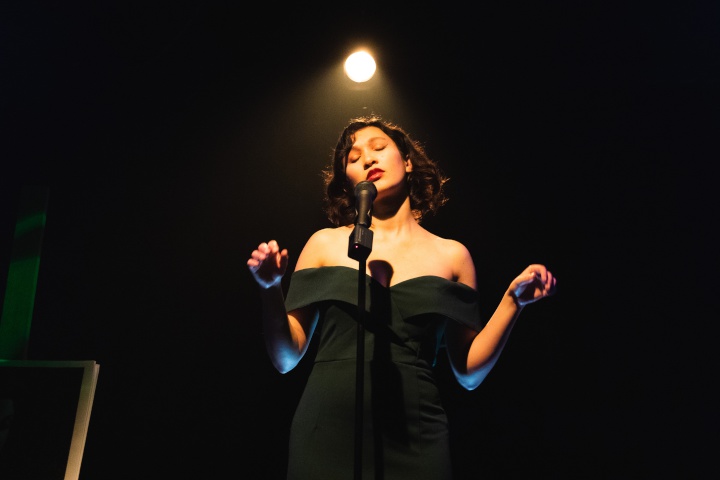 The cast and crew of That’s All She Wrote were devastated at being forced to close on opening night last year, due to a COVID-19 alert level change. “It was a massive blow,” says director James Cain. “ Everyone was so excited, there was such a buzz in the room and we were heading for a sold out season. Then people started getting notifications on their phones.” By midnight the country was back in Level Two and the team were unable to perform safely.

Despite an unexpected one night only performance, the production received incredible reviews. Theatreview described performer and writer Cassandra Tse as a “force of nature… a born entertainer” and Wellingtonista found the production to be a “love letter to women who decided that they deserved to stop hiding and let their writing out into the world.”

“It was so bittersweet to see that audiences and reviewers had connected so strongly with the material, only for there to be no means of showing it safely,” says Tse. “That’s why we are so excited to have the opportunity to bring the show back this July at Te Auaha.”

The Artistic Director of Red Scare Theatre Company, Tse is fresh from directing Auckland Theatre Company’s smash hit Single Asian Female at the ASB Waterfront Theatre and has returned to Pōneke to star in a return season of the company’s original show, a solo cabaret celebrating the work of female and non-binary musical theatre writers.

Written and performed by Tse, with music arranged and directed by Katie Morton and directed by the other half of Red Scare, James Cain, That’s All She Wrote intersperses songs from recent Broadway hits (Hadestown, Fun Home, Waitress), underrated indie gems (Murder Ballad, Runaways, Heterotopia) and original music with tales from musical theatre history.

Tse has performed some of the largest roles in musical theatre, from Mimi in Rent to Ilse in Spring Awakening and she’s written many musicals of her own (The Bone Thief, M’Lady, Bloodlines, Right Dishonourable). Despite being fully immersed in the world of musical theatre, she’s never written a role for herself and certainly never played herself onstage. “It’s definitely uncharted territory, but being a musical theatre writer myself, it felt right to be championing other women who have come before.”

A 2017 West End report found that male musical theatre writers outnumbered women nine to one and the role is still very much perceived as a man’s domain. Female musical theatre writers often have to make a name for themselves as performers before they can be ‘trusted’ to be writers and creators. “It’s sexism, plain and simple,” says Tse. “Things are slowly changing, but when it took until 2015 for an all-female writing team to win the Best Musical Tony, it’s clear we’ve got a long way to go.”

That’s All She Wrote opens at Te Auaha from 7 -10 July at 7:30pm. Tickets are available now at https://www.eventfinda.co.nz/2021/thats-all-she-wrote-by-cassandra-tse/wellington