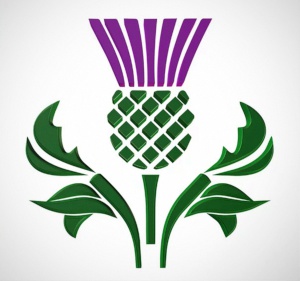 Brexit has always been very much an English obsession. England has been the birthplace of Brexit’s bedrock hostility to immigration, and Westminster has largely imposed the Leave option from the centre onto every other member of the Union. So while it isn’t surprising that Boris Johnson won the election, he might also have lost the United Kingdom in the process. Scotland, in particular. Nicola Sturgeon’s Scottish Nationalist Party won 80% of the Scottish seats – albeit with only 45% of the vote – and the SNP has already been pressing for a second referendum on independence. Johnson has immediately rejected that request. So… how is Scotland’s campaign for IndyRef2 likely to unfold from here?

Nominally, the process should be dictated by the Scotland Act of 1998 that formally established (a) Scotland’s Parliament at Holyrood and (b) Westminster’s sovereignty over matters to do with the Union of the Kingdoms of Scotland and England. Supposedly, Holyrood can only proceed with a second referendum if and when Westminster gives it a so-called “Section 30” order that permits it to hold such a vote. That permission was given last time round, when Scotland narrowly lost the independence vote. In Sturgeon’s view, Scotland has just voted for the right to a fresh referendum, and she’s busily searching for options on how to deliver on that mandate.

Right now, the courts are where the battle for Scotland’s right to hold that second vote seems headed. This is unknown territory, as the likes of Scottish law professor Aileen McHarg have been pointing out in the Scottish media.

As McHarg says, the courts have never ruled on the balance of powers between the two Parliaments, much less on what sanctions could be imposed on Scotland (and on Sturgeon) if Scotland did press on, regardless. In the light of Johnson’s rejection of her request for a second referendum, Sturgeon’s initial gambit could choose to take legal action to force Westminster to issue a section 30 order. That effort would almost certainly fail. Westminster seems to be under no legal obligation to issue such an order, and taking unilateral action to hold an independence referendum would be well beyond Scotland’s existing set of devolved powers.

Sturgeon knows all this. Her immediate tactics are more about using the courts for political advantage rather than with any expectation that a legal strategy could deliver Scotland an acceptable outcome. If and when her efforts to win a second independence vote get defeated in the Supreme Court, Scotland will have effectively become Britain’s equivalent of Catalonia – a region held back from self-determination against its will, by powers nakedly imposed from the centre.

Asked what she intended to do if Johnson continued to refuse to grant the section 30 order necessary for Holyrood to stage a legal referendum, Sturgeon said she would set out this week “the detailed democratic case for the transfer of power”, and she repeated her pledge not to hold a Catalan-style illegal vote. But she added: “I said to [Johnson] on the phone on Friday night, if he thinks saying no is the end of the matter he’s going to find himself completely and utterly wrong.

“You cannot hold Scotland in the union against its will. You cannot just lock us in a cupboard and turn the key and hope everything goes away. If the United Kingdom is to continue then it can only be by consent. If Boris Johnson is confident in the case for the union then he should be confident enough to make that case and allow the people to decide. Scotland cannot be imprisoned in the UK against its will.”

Theoretically, Scotland could then petition the United Nations for relief, on the basis of its right to self-determination under the UN Charter. Not that international law offers much hope of meaningful relief, either:

Prof McHarg, an expert of public law and human rights, was also asked if international law could be used by the SNP to declare independence without a referendum. She said it didn't help a "huge amount". She said: "International law tells us a unilateral declaration of independence would be lawful - that was established by the International Court of Justice in 2010 in a reference about Kosovo - but what the court underlined in that case is what really matters is international recognition.

"Will other states recognise your independence? And that's an entirely political matter. We saw two years ago with Catalonia that a UDI simply wasn't recognised at all by any other states, so it failed. It's sometimes argued that there's a right to self-determination in international law so we could use international law to establish a right to become independent, but that really only applies in rather narrow circumstances, where a population is really oppressed."

Scotland, in other words, is not East Timor. Or even Bougainville. It is, as Sturgeon says, a different country with quite different politics when compared to the nativistic, anti- European and austerity-obsessed England that has just elected Boris Johnson. She is also right that the people of Scotland voted for the opposite of what the Conservative Party currently stands for, let alone of whatever turbo-driven version of Toryism that Johnson and his advisors now have in mind.

Even so, it is hard to see the path – legal or otherwise – by which Scotland can get to achieve anything close to a separate destiny. For useful contrast though, here’s a very, very optimistic view of how Scotland’s quest for independence could yet (conceivably) pan out:

The SNP has always campaigned for independence from the UK. Winning 48 of the 59 Westminster seats is a clear expression of a wish for self-determination. If the UK government refuses to allow a referendum and the matter goes to the Supreme Court, it will have to take account of the UN charter.

If the court decided a referendum is a requirement of international law but a Johnson government still refused, Scotland could take the matter to the UN through other sympathetic countries. Not being a matter relating to “the maintenance of international peace and security” (article 24 of the UN charter), it wouldn’t go to the security council, where the UK has a veto. It would go to the general assembly, where a resolution requiring a referendum would be likely to pass by a large majority. If the resolution is expressed in binding terms, the UK would have to comply or suffer huge reputational damage.

Really? The chances are, Johnson would gladly run the risk of an international slap on the wrist, rather than face the domestic political fallout from being the PM who let the United Kingdom disintegrate on his watch. Scotland is in prison - and England has no intention of giving it a “Get Out Of Jail” card any time soon.

Footnote : This morning’s news that Johnson plans to legislate to rule out any extension of the currently agreed transition period – ie, December 2020 – for negotiating its new trade relationship with Europe has put a ‘hard Brexit’ right back on the table. Worryingly, it signals that Johnson aims to break with European rules on trade – all those vexing labour, environmental, and phyto-sanitary food safety standards – and is angling to eventually blame the EU for Johnson’s own ideologically-driven decision to lower the existing ‘barriers’ to trade. Come 2021, New Zealand could well be looking at one set of standards for its trade with Europe, and quite another for its trade with the old Mother Country. Well… if Britain goes low, we need to stay high. Europe is the far more important market.

Reportedly, Kurdish Iranian refugee Behrouz Boochani may be about to claim asylum in this country.

If so, our authorities should treat the parallel acceptance of Boochani for resettlement by the US as a total red herring. The US deal with Australia that nominally includes Boochani was negotiated by the Obama administration and has since been decried – and only reluctantly, partially and selectively implemented - by a Trump administration that has become notorious for its harsh policies on immigration, and arbitrary changes of position. The US option is illusory.

Boochani seems to meet the core criteria for asylum under the UN Refugee Convention in that he faces a genuine risk of persecution (or worse) if sent back to Iran. Also on the upside, hee is a talented author and motivated individual with a track record of high achievement.

All up, we would be lucky to have him here. It would also be a useful small exercise of self-determination vis-a-vis Australia, which has consistently refused our offer to take in the refugees it has penned up offshore in defiance of international law.

Anna Karina died a few days ago at the age of 79. Although born in Denmark, she became an iconic figure in French New Wave cinema. Indelibly linked to Jean-Luc Godard, she also worked with Rivette, Visconti, Fassbinder, Tony Richardson and Volker Schlondorff, among others. Last year, the US indie band Lord Huron recycled the footage from her unforgettable performance alongside an equally iconic Jean-Paul Belmondo in Godard’s road movie Pierrot le Fou… in order to convey their own lovelorn break-up sentiments. (Incidentally, the same film also left an obvious mark upon Terrence Malick’s classic debut movie Badlands).

Using the Pierrot Le Fou footage of Karina and Belmondo for your video though, has become almost an entire musical subgenre. Here’s Francoise Hardy’s contribution, with her song “La Mer”: