Barring nuclear accidents, the struggle for the USA’s global dominance might come to an end without a nuclear war. 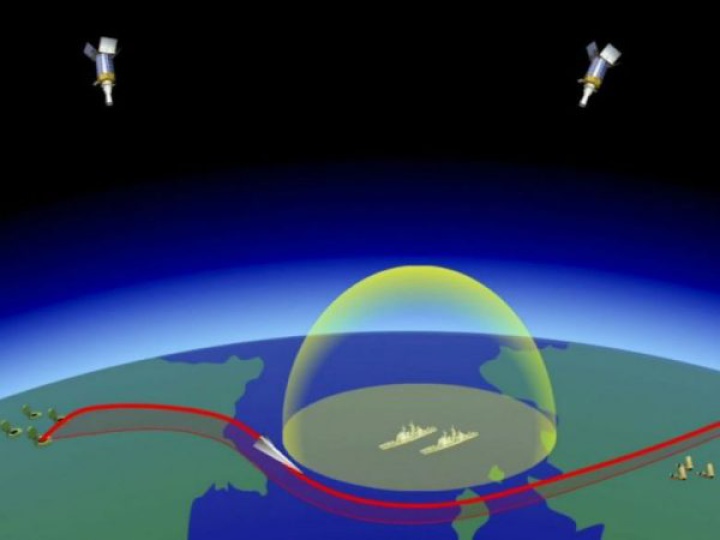 Iranian supported Iraqi Shia militias were the mainstay in the Iraqi government’s struggle against ISIS. Now, these same militia are under attack by the US air force based in their own country and acting against their government’s wishes. (USAAF attacks Iraqi targets) It appears not yet to have dawned on Washington that what is sauce for the goose might also be sauce for the gander. This is not the time to be demonstrating to Russia that the rules of international law no longer apply when dealing with those regarded as enemies.

I have recently been reading ‘The Real Revolution in Military Affairs’ by Andrei Martyanov. Here is Pepe Escobar’s review. (Pepe’s review)

Pepe’s review provides a comprehensive summary of the book’s contents, but doesn’t delve into the enhanced opportunities for conventional warfare opened up by Martyanov’s claims. He also fails to warn readers that the book has all the appearance of never having been proofread and thus of having been published in great haste. Undue haste might call into question some of the many facts that fill its pages. There are expressions of anger at America having placed humanity in such nuclear jeopardy and contempt for the incompetence, greed and ignorance of the US elite that has led them to the current existential crisis. Again, this display of emotion by the author, though understandable and almost certainly justified, makes Martyanov appear so partisan that one is bound to look for corroboration elsewhere. One has to hope that the think tanks in Washington are busy doing so.

The book’s basic premise is that the USA, believing that its ambitions towards Russia would inevitably lead to a military showdown (‘the Thucydides Trap’) has paddled up the wrong creek. It has relied on and invested too much in the development of the wrong weapons. The USA’s war-fighting strategy, surface battle fleets based around hugely expensive aircraft carriers and stealth aircraft, has been outflanked by the rapid development of Russian missile technology. In a conventional confrontation, American carrier strike forces would be rendered as obsolete by the latest iteration of Russian missile technology as was the Maginot Line by Hitler’s Panzer divisions.

Both the USA and its enemies are aware that there could be no winners from an exchange of nuclear armed missiles. Should either of the opponents decide to go to war, it would have to be fought with conventional weapons enabled by the latest in cyber warfare. Martyanov argues that Russian technological superiority in missiles and electronic warfare capability is now so far advanced that the USA will be unable to catch up within the foreseeable future. It would thus be unable to win any conventional war with Russia that it might instigate.

Over the past several years, anyone monitoring global affairs and prepared to take Vladimir Putin’s words at face value would have been aware of the recent dramatic advances in Russian missile technology. (Putin’s offer)
The most significant advances are in the hyper-sonic speeds and maneuverability of the latest additions to the Russian armoury as well as the constant improvements in their accuracy and target acquisition. Guaranteed interception of all of the missiles in a Russian salvo is no longer a possibility. When the full spectrum of Russia’s new missile technology is deployed, the traditional strategic parameters of distance, weather, time and terrain will no longer apply. This is ‘the real revolution in military affairs.’

Martyanov’s claims, if true, given the precision of modern targeting technology and uncertainty of counter-measures, open up the possibility of waging a full scale conventional missile war. This could be as damaging to the enemy’s resistance as a war waged with today’s nuclear warheads that are so much less containable in their unwished for side and after effects.

In his book, Martyanov delves into the world of mathematical formulae in attempts to reduce the art of warfare into a science. There are so many soft variables that have to be included in these hugely complex war-gaming equations, that the outcomes foretold could never be relied on. The worry is that some chancers in Washington could read the outcome of an unavoidably faulty calculation as a guaranteed win. They could then decide to push their luck further than is justified by the reality of the balance of power between the two opponents. Should Martyanov’s assessment prove correct, such a grievous error by US strategists would no longer have to mean a doomsday nuclear exchange.

The USA, fresh from its mis-interpreted Cold War victory, rejected out of hand Gorbachev’s attempts to have the new Russia included in the Western European system. Instead, reneging on its assurances that it would not expand beyond the frontiers of a newly united Germany, NATO went onto the offensive and ultimately, with the coup in Ukraine, brought the US military up to Russia’s borders.

In fact, the USA is conducting itself exactly as Marxist Leninist dogma would have told an earlier generation of Russians to expect a capitalist society to behave. To judge by Putin’s offer to Trump to share Russia’s hyper-sonic missile technology with the USA, the Russians, seem still to be in the prudent, appeasement mode established by Gorbachev. Given the revolution in military affairs and its consequences for the balance of power, this phase of Russian/USA relations is unlikely to continue for ever. The time will come when Russia’s patience runs out and the real revolution in military affairs gives them confidence that they would emerge victorious from a conventional war of their own instigation.

The Houthi rebels’, or one of their allies’ recent and highly effective cruise missile/drone salvo launched against the Saudi Arabian oil network, has gone without retaliation. Those afflicted by the strike, with their vulnerability to such medium-tech weaponry revealed, dare not risk an additional provocation. So it would be should the reality of Russian missile pre-eminence come to be accepted in Washington. Russia would be free to take out American hardware assets around the world on a piecemeal and graduated basis.

Using current technology, a Russian submarine could surface somewhere within 2500 kms of the New Zealand coastline and launch a salvo of the current model Kalibr cruise missiles (as used against ISIS targets in Syria.) The Kalibr-M, currently under development, will extend the range to 4500 kms. Having given due warning to clear personnel off the site, such a launch could destroy both the CIA’s spy-eye in the Waihopai valley and the American owned Rocket Lab launch site on the Mahia peninsular. There is no defensive measure that could be envisaged and, if Martyanov is correct, no American attempt at retaliation is likely to be justified by the cost that the Russians would extract. By the mid-2020s, the launch could be of the Burevestnik, nuclear-propelled missile, currently under development. This has a range that would allow it to be launched from Siberia and circle the globe several times before approaching its target from an unexpected direction.

The first units Armed with Avangard missiles (range 6000 kms; speed 27 times that of sound) have already been deployed. (Avangard deployed )
However, the costs of development of the whole spectrum of new technology and its deployment, on a scale sufficient to justify a Russian initiative to debilitate the approx. 800 US bases around the globe, would be beyond Russia’s economic means. Hence Russia remains in appeasement mode. This picture could change dramatically should both China and Russia decide that allowing the ever-encroaching USA military machine to continue to coexist with them is intolerable. With Chinese economic support, there would be nothing the two allies couldn’t achieve should they decide that the situation warrants it.

There should be relief that New Zealand’s alliance with the American Empire need no longer place it under threat of a nuclear attack. However, that is hardly a justification for New Zealand staying locked into a relationship with a partner that is both violently aggressive and looks set to lose.

For the past four years Hugh Steadman has been writing a blog from his
home in Marlborough. If you/readers want to know more about who he is,
you can find it at https://paddlenow.org.nz/who-are-we/ If you want to
know how he sees the world, you can follow his journey of discovery at
www.khakispecs.com