Gordon Campbell on the Harry/Meghan affair, and Iran 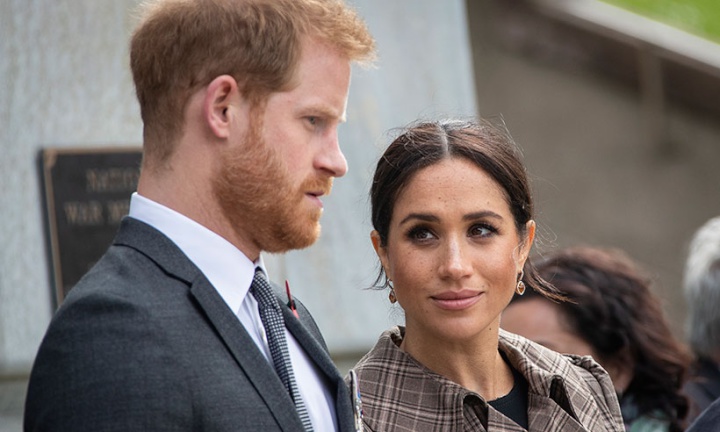 Those “Meghzit” headlines seem apt, given how closely Britain’s January 31 exit from the European Union resembles the imminent departure from the Royal Family’s top team of Prince Harry and Meghan Markle. In both cases, there will be a quest for an economic independence of sorts, a residual relationship whose fine details have yet to be hammered out, and a legacy of resentment that will complicate the search for an outcome acceptable to both parties.

Like solo Britain itself, the Harry/Meghan investment vehicle is likely to have a limited shelf life, before a swift decline sets in. Both Britain and the couple will struggle to bankroll the quality of life to which all have become accustomed. Being a quasi-royal will still be an expensive lifestyle to maintain month in, year out - and those alleged $100,000 speaking engagements will quickly decline once the outlines of Prince Harry’s standard speech are known, and it becomes apparent that he won’t be offering much in the way of exclusive royal revelations.

If – and against the odds - Harry and Meghan do somehow manage to create a modern, unstuffy and enduring version of royalty (without any of the encrusted baggage of the standard version soon to be represented by Harry’s father) the challenge for Buckingham Palace would then be to avoid the sense of unflattering competition. Can royalty really be successfully outsourced in this fashion – with the satellite operations providing the celebrity sparkle and doing much of the worthy stuff, while back at home base the nominal monarch rattles around in the Palace polishing the Crown jewels, doing dress-ups and maintaining the regal continuity on which so much of Britain’s tourism trade depends? That seems unlikely.

Such an arrangement would be even harder to manage than Britain’s new role in Europe. After all, did Charles really wait this long for the top job to accept becoming just the royal caretaker? Hardly. He will be wanting to make his own mark, and will now have less time to do it than he once might have expected. Long ago, Princess Margaret reportedly lobbied in vain for a similar kind of royal tag team arrangement, whereby she and Elizabeth shared some of the duties and responsibilities of the monarchy. That suggestion didn’t fly, back then. Today, it seems hard to imagine what major regal role Harry would be offered, let alone be likely to accept.

The more likely outcome is that Harry/Meghan will fade into the woodwork over time, and will ultimately achieve the reduced profile – and more modest lifestyle – that they claim to desire for themselves, and for their family. To that end, if North America is indeed to be the family’s new part-time home, then Canadians are famously discreet. Still, PM Jacinda Ardern is inevitably going to be asked if New Zealand could offer a satisfactory bolthole for the retiring royals. Prepare to cringe.

Talking of New Zealand… you’d expect that the recent resignations from the royal top team - Prince Andrew sidelined by his own foul actions, Harry & Meghan going by choice – would speed up the advent of a republic in this country, especially once Charles III is on the throne. Yet for an institution so hidebound by tradition, the monarchy has proven itself to be surprisingly resilient over the past few decades. “Kiwexit” may well be inevitable, but it will still be some time off yet.

For young Iranians, the accidental downing of the Ukrainian airliner is just the latest example of the deadly incompetence and dishonesty of their leaders. The failure of the West to honour the 2015 nuclear treaty was the first blow – a blow delivered in return for Iran keeping its side of the nuclear bargain, and for helping the West to defeat Islamic State in Syria and Iraq. Regardless, Iran has been “rewarded” by the West with a crippling economic blockade, and has just seen its most popular and honest political figure murdered by the Americans, after Qassem Suleimani got invited to Baghdad to discuss a peace proposal being put forward by the Saudis. Now comes the airliner crash… in which even more Iranians have died at the hands of the people supposedly meant to be defending them.

Inevitably, older Iranians will be reminded of the accidental shooting down of an Iranian commercial airliner in 1988, by the American cruiser Vincennes.

Somehow, the American warship mistook an Airbus 300 that was on a routine flight from Teheran to Dubai, for an enemy F-14 Tomcat fighter plane. As a result, 290 civilians died, 254 of them Iranians. In Iran today, there is a pervasive sense that the country is cursed, that its own leaders are hopelessly inept and/or corrupt, and that American aggression will always go unpunished. It is a toxic situation.