The Pike River Recovery Agency yesterday reached the roof fall 2.260km up the drift access tunnel, marking the furthest point into the Pike River Mine that the Agency plans to recover. 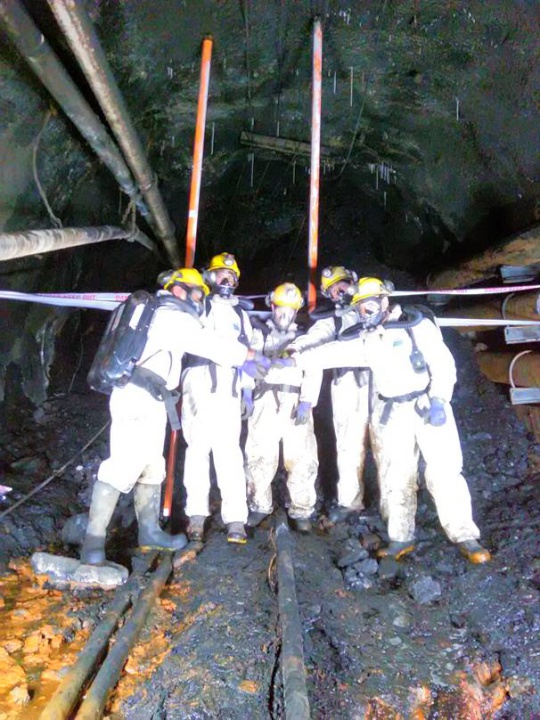 Chief Operating Officer Dinghy Pattinson says around 11.30am the team finished the last of the forensic work in front of the roof fall near the top of the drift.

The Agency would now turn its attention to the detailed forensic work in the Pit Bottom in Stone area required for the New Zealand Police investigation.

Families of the Pike 29 had given the Agency mementoes which were placed into the Rocsil plug facing the roof fall.

“We completed tunnelling through the plug late last week, and breaking through to the end of the drift was monumental. The boys and I feel pretty good to have now got as far as we can in the drift. That job has been done, and it has been done safely.

“We left a letter pinned to the Rocsil plug addressed to the Pike 29. We promised that work would continue on finding out what happened on 19 November 2010. And we said goodbye.” 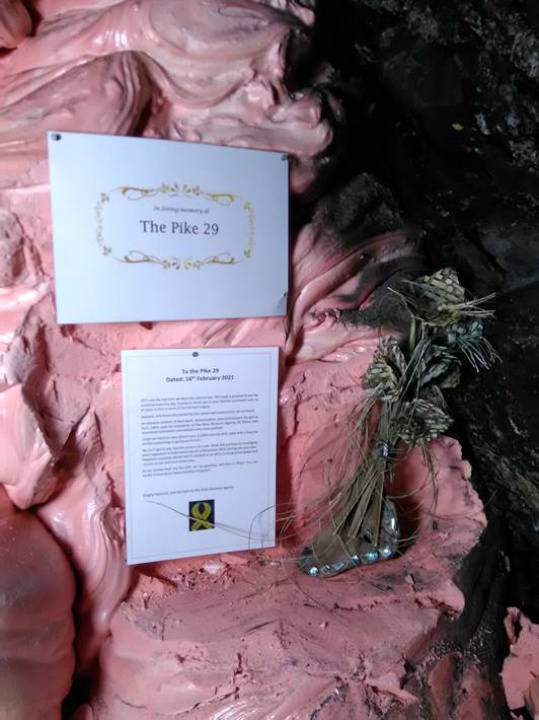 Chief Executive Dave Gawn says this milestone is the culmination of three years of careful planning and execution. It is a reflection of the efforts of the Agency’s partners, particularly the FRG and NZ Police, and the professionalism and desire of all those involved to re-enter the Pike River Mine, and recover the drift in order to gather evidence and hold to account those responsible for the disaster.

“The recovery operation has not been without its challenges and 2020 was particularly fraught with delays from Covid-19, products of combustion and the sheer complexity of the debris field in the upper reaches of the drift. I want to offer huge thanks to all those working on the mine site and the small team supporting them from the Agency office. We still have a job to finish but we are thrilled to have recovered to the roof fall safely, as we were mandated to do,” Mr Gawn says.

Images are available on box.com: https://app.box.com/s/c0escwaxbq4mjdcgbzcnr2iaq3jkdemg

The Rocsil Plug 2244m up the drift is 10 metres long and resembles a solid florist foam. Mine workers wearing BG4 long duration breathing apparatus tunnelled through the plug after walking through the VCD2 airlock at 2224.5m up the drift. The tunnelling began last week.