The New Zealand Down Syndrome Association is extremely proud of Michael Holdsworth becoming a member of the New Zealand Order of Merit in this week’s Queen’s Birthday Honour. 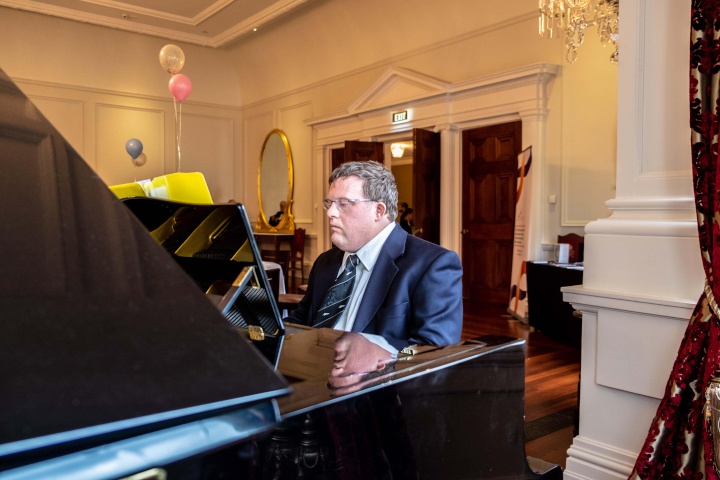 The NZDSA believes Michael is the first person with Down syndrome in New Zealand to receive this kind of honour.

Michael was recognised for his decades of work for Special Olympics and his advocacy work for full inclusion of people Down syndrome in their community in New Zealand.

NZDSA President Kim Porthouse says that Michael has been a trailblazer for people with Down syndrome, during his education and his employment with IHC.

“Michael has been a great role model and has helped to remove a lot of barriers for people with Down syndrome,” says Ms Porthouse,

“Every person with Down syndrome and their families in New Zealand will be extremely proud of Michael’s achievements and it is wonderful to see this recognised by in the Queen’s Birthday honours.”

Michael represented New Zealand at the World Down Syndrome Conference in Dublin, Ireland, in 2009 to share his story.

He has been involved with Special Olympics for 32 years, as an athlete, advocate and as a Global Ambassador, and has been working for IHC in the library for almost 27 years, being the helpful voice at the end of line for people looking for resources.

The Special Olympics swimmer and skier says he is very honoured.

“With all the years of Special Olympics it has been the best thing of my sport,” he says.

The NZDSA President says that Michael is yet another example of the amazing things people with Down syndrome can achieve.

“More and more people and organisations are starting to realise what people with Down syndrome are capable off and what a great asset they are to their community.

“Michael has been one of the trailblazers and we are excited to see so many other young people following his footsteps.”