The Noises Marine Restoration Project congratulates Ministers Parker and Verrall on the release of ‘Revitalising the Gulf: Government Action on the Sea Change Plan’. 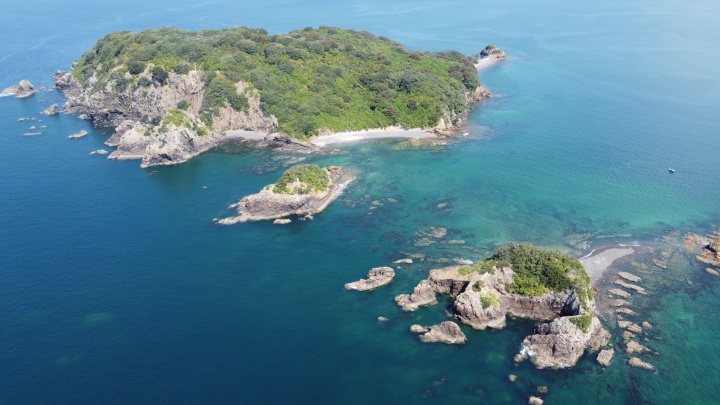 Sue Neureuter, Trustee of The Noises Trust and spokesperson for The Noises Marine Restoration Project, says: “Since our involvement in Sea Change in 2013, we have been working to build support for a marine protected area around the Noises Islands to enable holistic protection of the land and the sea. To see an acknowledgement of this work by the Government, as shown in this document, is very reassuring. It’s strong recognition that restoring the mauri of the Gulf is critically important. Today has been very encouraging.”

The Plan accurately acknowledges the community-led project that is currently underway at The Noises. That community includes The Noises Trust (the Neureuter family, custodians of the islands), Tāmaki Paenga Hira Auckland War Memorial Museum, the University of Auckland and iwi advisors.

Head of Natural Sciences for Auckland Museum, Dr Tom Trnski offered his response while looking out over Tīkapa Moana, Te Moananui-ā-toi from the steps of Tāmaki Paenga Hira. “I feel hopeful. This is one of the most significant proposals for marine protection envisaged around mainland New Zealand for decades. The Government should be congratulated for this plan. The Hauraki Gulf is a complicated space, due to it being highly used and its shores being densely populated. I encourage the Government to continue to be bold. To extend these plans for protection, and not let them be whittled down."

The spirit of cooperation that was behind Sea Change is still needed to implement the Government’s plan. There is a lot of work to be done to put greater definition around these proposals and it must be done with absolute haste, to arrest the continuing decline.

The Hauraki Gulf Forum has called for 30% of the Gulf to be protected. We understand the Government’s proposal may increase marine protection from 0.3% today up to approximately 6%. We still have a long way to go, but it is evident from this plan that the Government has made a serious commitment to marine restoration, and most importantly to working with Mana Whenua.

Sue says “The Noises kaupapa is inclusive. We look forward to continuing to work with iwi and Government to implement an appropriate protection area around The Noises to revitalise the waiora and mauri of Tīkapa Moana / Te Moananui-ā-toi.”

About The Noises Marine Restoration Project

In late 2019, The Noises Trust entered into a partnership with Tāmaki Paenga Hira Auckland War Memorial Museum and the University of Auckland.

This team is working actively and urgently to identify solutions to and overcome current barriers for marine protection in New Zealand using The Noises as an example.

The ambition for The Noises Marine Restoration Project is bold: To enable restoration and regeneration of the marine environment surrounding The Noises islands, to deliver holistic protection of the land and the sea.

Inspired by the vision of Sea Change, this work is about the revitalisation of mauri.

The team works with Mana Whenua and iwi who have an association to The Noises, and has a small group of iwi advisors who coalesce around the kaupapa and guide the project’s path.

The partnership is generously enabled by a Gulf Innovation Fund Together (G.I.F.T.) grant from Foundation North. Funding has also been provided by Pew Bertarelli Ocean Legacy and C&L Gregory Charitable Trust, and the Museum and University of Auckland generously give their time in-kind.

The Project team has commissioned several streams of work, which you can read about here: https://www.thenoises.nz/marine-restoration-project