How does CO2 cause global warming?


Shopless is a NZ free marketplace, we are also a social enterprise, donating half of our revenue to NGOs who are fighting against global warming and/or helping refugees.

We have tried our best to explain, in simple words, the most fundamental question about global warming: How does CO2 cause global warming?

We know that the planets of Solar System are receiving their heat from the Sun, we also know that the closer we get to the Sun the hotter it gets… as an example, the temperatures at Mercury (the closest planet to the Sun) can reach up to 427°C.

Now, the Moon and the Earth are roughly the same distance from the Sun, so one would expect to have similar temperatures on the Moon as we have on the Earth… but that’s not the case! 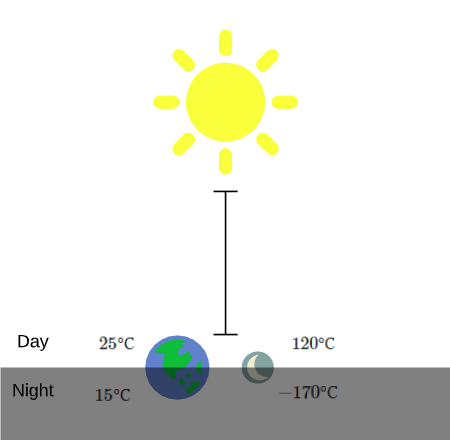 But how can the atmosphere keep us both cool (day time) and warm (night time)? To answer this question, we need to understand the radiation of objects:

Any object with a temperature above absolute zero loses heat in the form of radiation. If the object is very hot (like the Sun) it loses more energy by radiating a more powerful wave, such as visible light.

If the object is cooler (like the Earth) it loses heat by radiating a less powerful wave such as infrared.

How does CO2 cause global warming?

The atmosphere surrounding the Earth contains greenhouse gases such as water vapour and CO2. Light can go through GH gases (because of its high energy level) but an infrared wave could get bounced back off a GH gas (technically the GH gas absorbs and re-emits the infrared energy at a random direction). 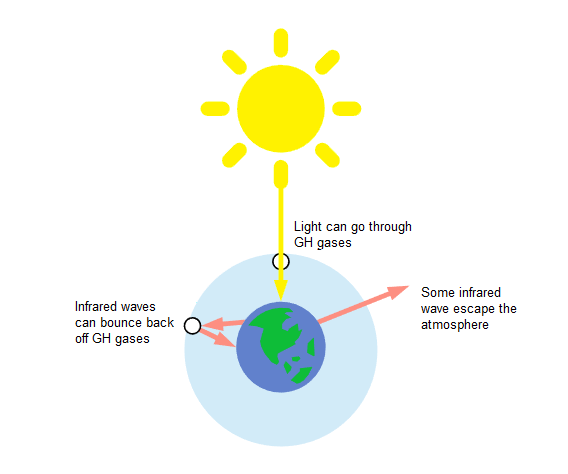 So just like the glass surrounding a greenhouse, the atmosphere preserves Earth’s heat by blocking a portion of infrared waves from escaping. Now what would happen if we start adding more and more GH gas (such as CO2) into the atmosphere? The more GH gas, the less infrared waves which can escape the atmosphere… which means the Earth would lose less heat… and that’s the cause of global warming.

How is global warming accelerating?

At the same time, we know that the plants take in CO2, water and sunlight and produce oxygen and food through a process called photosynthesis. The plants are responsible for taking CO2 off the air… but as the temperature rises, we are getting more bush fires… the bush fires would produce more CO2… at the same time, they destroy the plant which was responsible to reduce the level of CO2 in the air… this in turn would raise the temperature which has caused the bush fire…

It’s not too late…

The UN Intergovernmental Panel on Climate Change, has warned us that we have 11 years left to prevent irreversible damage from climate change. We need to realize that there is a big responsibility on our shoulder as we are the last generation who can prevent irreparable damage to our planet.