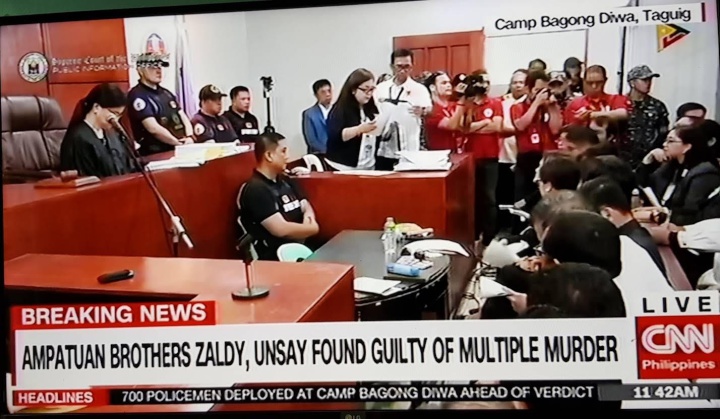 For decades, the feared Ampatuan clan held sway in the impoverished province of Maguindanao in Mindanao in the southern Philippines. Through a ruthless private army and a reported “propensity for beheadings”, the clan cultivated a culture of impunity. Now, however, reports David Robie, a courageous judge has challenged the horror by jailing the masterminds of the 2009 Ampatuan massacre for life.

The families of the 58 victims – 32 of them journalists or media workers – had waited for 10 years for justice in the Philippines.

After so long, what is another couple of hours?

The Ampatuan massacre in Maguindanao on 22 November 2009 was the world’s worst single attack on journalists and the worst elections-related violence in a country notorious for electoral mayhem.