Wairarapa Police want to identify the person who shot a pet cat in Masterton last night.

The owners of Miss Lucy, a ginger Cornish Rex, called Police after she returned home at about 10.10pm with a gunshot wound to her abdomen.

Miss Lucy was taken to Vet Services in Masterton to have the large wound treated.

Subsequent x-rays found multiple bullet fragments in both her front and rear legs.

Miss Lucy had surgery this morning.

The bullet tore through muscle and there are a number of bullet fragments remaining.

It is expected she will take weeks to recover. 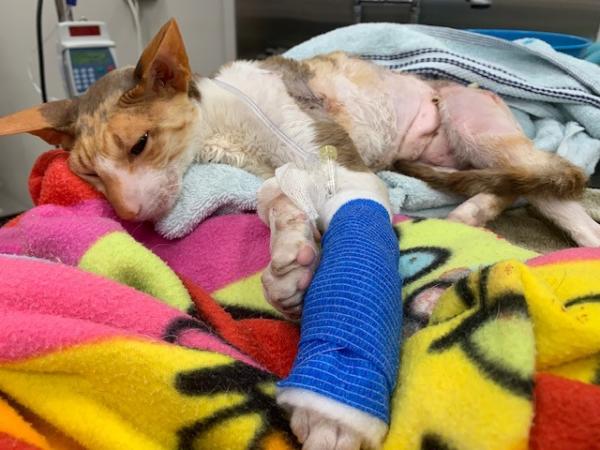