The data shows a sharp increase from 2014 with numbers exponentially increasing from around two thousand incidents a year to now being on track to be over four and a half thousand at the end of this year – yet another record high.

“What is more concerning is the fact that the number of pursuit abandonments and the number of resulting crashes is also on track to being a record high this year,” says Mr Ball.

“This is playing Russian roulette with the public and the odds are just getting progressively worse.  It is simply putting the public at more and more risk on our roads with no sign of the issue being addressed.

“It is clear that the current laws are not holding offenders to account nor working to deter fleeing drivers, and whatever the current approach is to reduce the danger to the public is just simply not working.

“The increase in numbers shows that there is no fear of being caught – all they do is immediately start to drive dangerously and they know that Police must abandon the pursuit.

“In 2009 just twenty percent of pursuits were abandoned, but this year that number is above sixty per cent.

“There is no coincidence that the number of abandoned pursuits has mirrored the increase in those that choose to flee from police and drive dangerously.

“We cannot wait for these fleeing drivers to crash or kill before they face heavy consequences.  We need to hold them to account the first time they choose to flee, says Mr Ball.

“We cannot continue to do nothing and ignore this epidemic, we will only see more and more people being killed on our streets.” 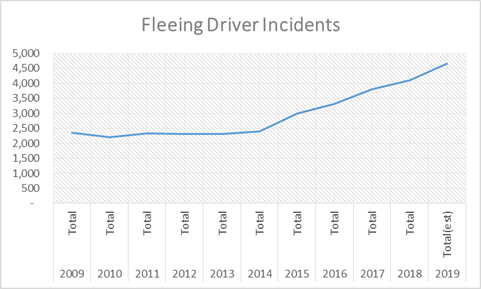 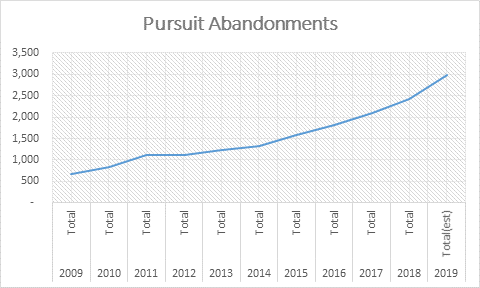 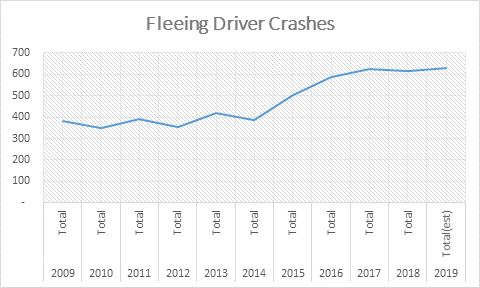