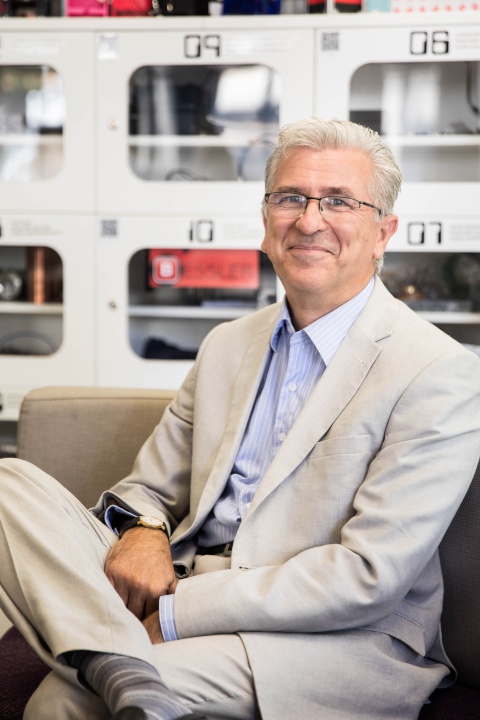 How do you catch the space junk encircling our planet? The same way you might catch a fish – with a harpoon and a net.

As has been demonstrated by leading space expert Professor Guglielmo Aglietti, who joined the University of Auckland’s Faculty of Engineering in October as the inaugural director of Te Pūnaha Ātea | Auckland Space Institute.

He has also just won the Arthur C Clarke award for research showing how, using a harpoon and a net, we might declutter the space above us. Professor Aglietti brings 25 years’ experience in academia and industry in the space sector, including, most recently, leading the prestigious and world-leading Surrey Space Centre in Britain. The Centre made headlines in 2018 with its successful experiment called RemoveDebris, designed to gather up space waste. That work won, on November 14, Professor Aglietti and his Surrey team a Sir Arthur Clarke Award in the Space Achievement: Industry/Project Team category.

The prestigious awards are given out annually in recognition of notable contributions to space exploration. “This is a great honour, as we consider these awards like the ‘Oscars’ of the UK space sector. I am delighted for the whole team that worked tirelessly on this project,” says Professor Aglietti.

Cleaning up space debris – which can range from the size of a fingernail to that of a bus – is becoming increasingly important, he says. “We rely so much on space technologies, from the satnav in our cars to satellite television, but we now must tackle sustainability in space to avoid space debris collisions, which could destroy operational satellites.

“We’re putting more and more satellites into orbit, but the old ones are still up there. While their owners are supposed to bring them down, that requirement is very difficult to achieve and enforce.” He and his team looked at the problem from another angle. “If we can’t bring the junk down, can we do something innovative in space but using low-cost technologies?” Surrey’s RemoveDebris proposal is the first practical solution to cleaning up space debris. A small satellite is launched, the net is deployed and both the satellite and debris are burnt up in the upper atmosphere.

“In the last few years New Zealand has attracted a lot of attention in the space sector, particularly with its capability to launch satellites at an affordable cost and short time scale. This is an extraordinary asset and advantage for New Zealand,” he says. “The University is well-known as an institute with a growing range of space relevant research activities, such as its work with Rocket Lab, and has significant potential to boost the local space sector.

New Zealand is extremely well placed to develop a thriving space sector.” Professor Aglietti’s appointment has been supported by the Tertiary Education Commission as part of the Entrepreneurial Universities Initiative, a role developed to lead, energise and protect New Zealand’s emerging space industry. “I see my role as trying to bring these elements together and make a real contribution to unlocking the country’s potential,” he says.