Give nesting birds a fighting chance this summer

Give nesting birds a fighting chance this summer

The Department of Conservation (DOC) is reminding the public to be careful near shorebird nesting sites on the East Coast this summer. 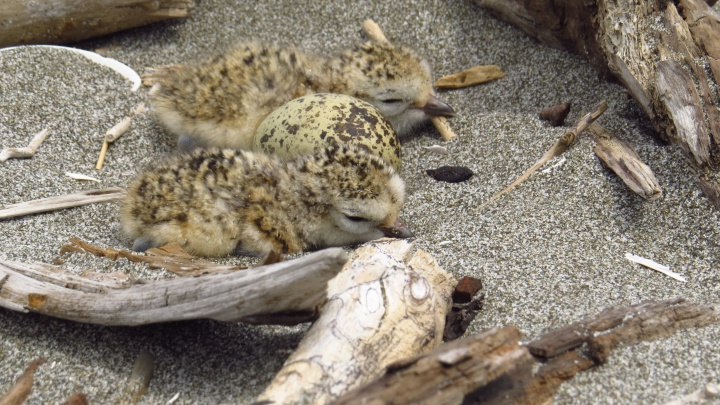 NZ Dotterel chicks and egg – Driftwood provides good cover for the chicks and a level of protection from people on foot and vehicles. Photo: Mithuna Sothieson.

“As more people are enjoying the outdoors this increases the chance of disturbances at these nesting sites.

“Users of off-road vehicles continue to be the main concern along with gravel extraction, visitors and dogs.

“We want people to avoid these nesting sites where possible” says Quirk.

You can help in the protection of shorebirds by keeping:

• below the high tide mark

• noise to a minimum and not getting too close

• to marked tracks and paths wherever possible

• dogs on a leash

• vehicles off beaches and sandspits

Fishers can further reduce their impact by being sure to take old fishing line home with them for safe disposal.

Mr Quirk says these are small and effective measures to give these birds a fighting chance this breeding season. 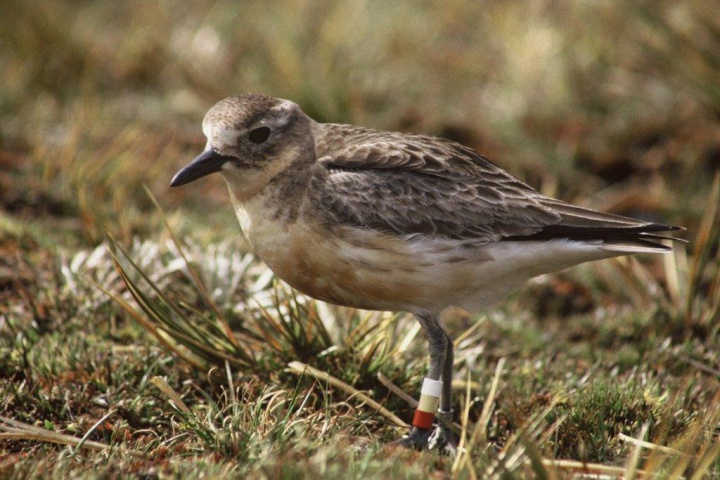 NZ Dotterel - “It would be much appreciated if you step lightly near nesting sites this summer.” Photo: Rosalind Cole.

• The endangered New Zealand dotterel was once widespread and common. Now there are only about 1,700 birds left, making dotterels more at risk than some species of kiwi.

• NZ dotterels are usually found on sandy beaches and sandspits or feeding on tidal estuaries.

• NZ dotterel (Tuturiwhatu pukunui) are mostly pale-grey on the back, with off-white underparts which become flushed with rusty-orange in winter and spring. They have a prominent head, large dark-brown eyes and a strong black bill.

• Banded dotterel (Charadrius bicinctus) have a narrow black band on the neck and a wide chestnut band on the breast during the breeding season.

• Their camouflage colours make them difficult to see when standing still, but their habit of running quickly and pausing to feed makes them easy to identify. Their 'chip-chip' call is often heard before they are seen.

• Variable oystercatcher (Haematopus unicolor) is a large heavy-built shorebird. Adults have black underparts which vary from all black through a range of ‘smudgy’ intermediate states to white.

• Chicks fly at 6–7 weeks old and late chicks may not fledge until March. Chicks are vigorously protected by both parents, often well after fledging. Adults show high fidelity to their mate and the site.