Bayleys has capped off another high performing year for the commercial and industrial property market with the sale of 25 properties around the North Island at its final Total Property portfolio auctions for the year.

Eight out nine properties offered in Auckland were sold at or shortly after auction, nine out of 10 sold under the hammer in Wellington and a further eight sales were recorded at auctions in Hamilton, Napier and New Plymouth – at a total value of close to $30 million.

‘’2019 has been another strong year for the commercial and industrial property market with demand continuing to outstrip supply and this has been reflected in our high auction clearance rates,” said Ryan Johnson, Bayleys’ national director commercial and industrial. “A lot of the demand is being driven by investors chasing income yields in a very low interest rate environment. While property yields have followed interest rates down, they still retain an attractive margin over other investments such as bonds and bank deposits.

“The supply side of the equation continues to be constrained by a lack of appealing investment alternatives for property owners even though it is widely recognised that values are close to the top of the cycle. However, we are seeing more investors taking profits and reinvesting in add value opportunities that offer more capital upside potential.”

Bayleys’ Auckland commercial director Lloyd Budd said there was strong bidding on all of the properties that sold under the hammer at the Auckland auction, with most fetching well above their reserve price.

“This continues a pattern this year where vendors who have presented and marketed their properties well, and set realistic reserves, have achieved outcomes through the auction process that have exceeded their expectations.”

The auctions of two of the Auckland properties were brought forward a week after their vendors received offers they were happy to accept. Those offer prices then became the declared reserves and both properties attracted multiple further bids that pushed their final sale price up significantly.

Hall says the 18 per cent premium over reserve achieved at the auction reflected the scarcity of supply of small units in the sought after Penrose industrial precinct and the strong demand for them, particularly from owner occupiers.

“Owner occupier demand remains a very strong component of the market and for a well located property, it sometimes means we are able to get more for a vacant offering than for one that is tenanted.”

The other auction that was bought forward involved a café at 89 Ellice Rd in the Wairau Valley marketed by Richard Moors and Ranjan Unka of Bayleys North Shore Commercial. The 121 sq m road front unit came with 13 on-site carparks and a new five-year lease to a café that was established in 2008.

The nine sales at the Wellington auction took the number of properties sold by auction over the past 12 months by Bayleys Capital Commercial to 56 out of 58 offerings.

The largest sale in its latest auction was $4.15 million for an industrial complex in Lower Hutt. First time on the market since the building was constructed in 2007, the 2177 sq m building on a 2,607 sq m site at 9-13 Wareham Place, Seaview, Lower Hutt is currently occupied by two tenants on three-year leases. It was sold by Andrew Smith and Paul Cudby at a 6.32per cent yield.

The lowest yield of the auctions of 4.48 per cent was achieved on a 4927m² underutilised industrial site on State Highway 1 at 20 Lincoln St, Frankton in Hamilton marketed by Andrew Shaw. The property which also has a 560 sq m building and is leased to national tenant Hirepool sold for $2.525 million. 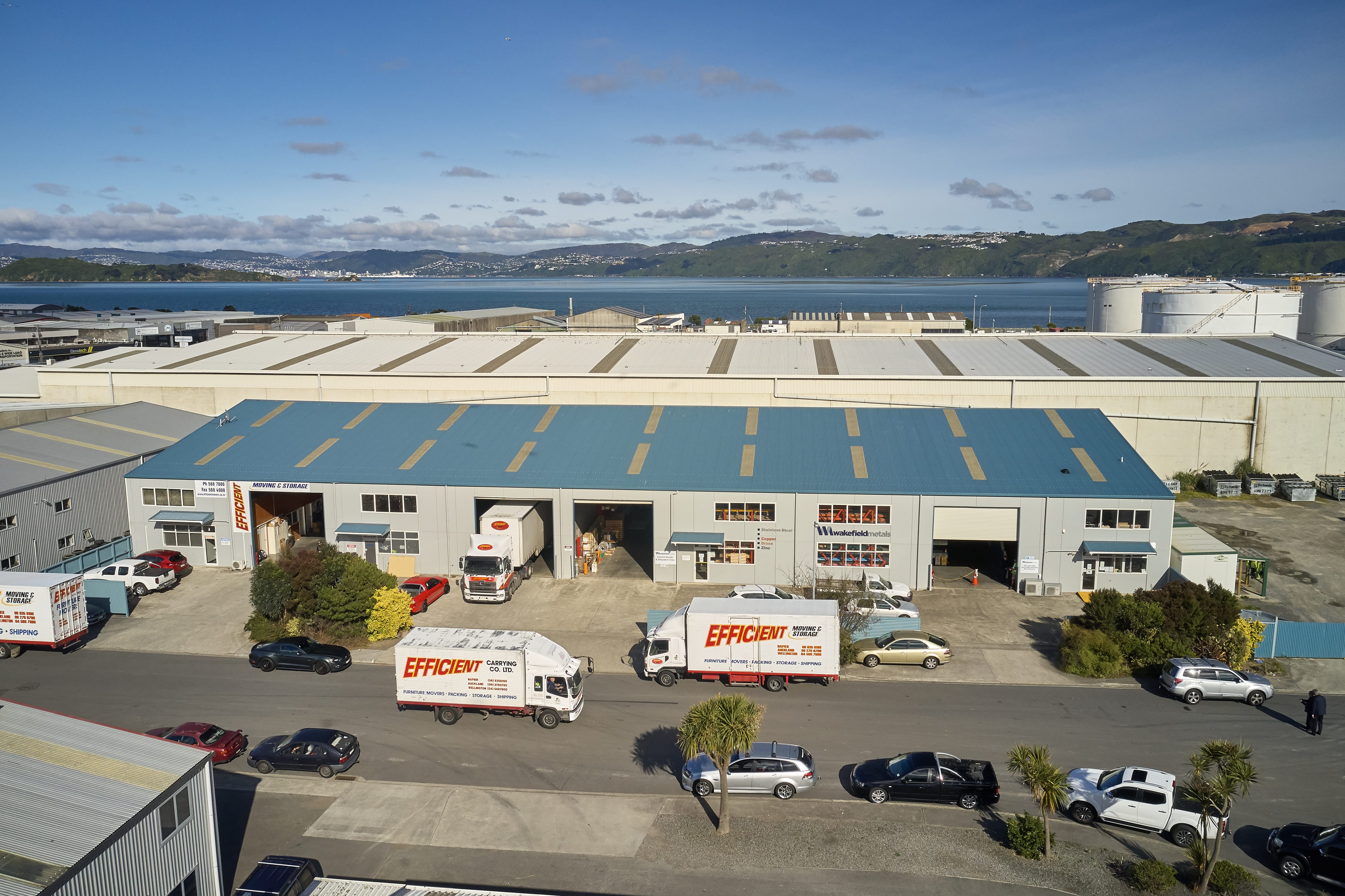 An industrial property in Wareham Place in Lower Hutt sold for $4.15 million.