Century 21 - A Force In The Turangi Community

Turangi’s Century 21 Premier has been at the forefront of some significant property price growth in and around the southern end of Lake Taupo - Australasia’s largest freshwater lake. 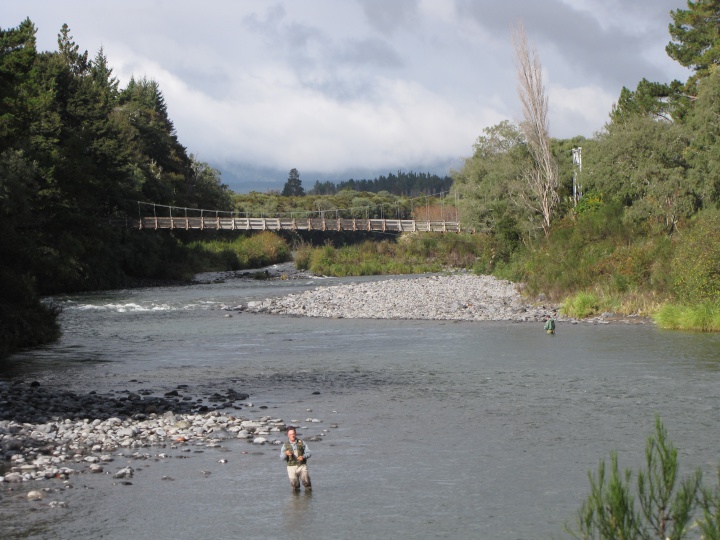 Trout fishing on the Tongariro River.

“Turangi real estate has seen an explosion over the past three or four years, with the 3,000-person town and surrounding area only getting more popular. Property management is also a big part of our work, keeping my tight team very busy,” says Wai Johnson, franchise owner of Century 21 Premier.

She says with Taupo – 40 minutes up the road - getting more expensive, many permanent residents and holidaymakers are opting for Turangi instead.

“Our locality is key, with ongoing Waikato Expressway improvements and Wellington’s Transmission Gully set to make the Central North Island even closer for many,” says Ms Johnson.

What also appeals to many is the well-planned nature of the former hydro-electricity town. It boasts some attractive tree-lined streets and cul-de-sacs, plenty of community amenities, and is quiet given it is well separated from SH1.

Dubbed the ‘Trout Fishing Capital Of The World’, Turangi is known for the nearby skiing, hiking, mountain biking, whitewater rafting, and boating – helped by its proximity to Lake Taupo, Mount Ruapehu, and of course the Tongariro River running right past. The Sky Waka gondola on the Whakapapa ski field is also proving a visitor attraction.

Like many other places, residential listings in Turangi remain scarce – down 37.1% on 2019 levels - with buyer enquiry increasing daily.

“We’ve got miles more buyers than sellers. With demand and prices still incredibly strong, and interest rates still low, we’re encouraging Turangi home and bach owners to consider a no-obligation appraisal. They’ll probably be very surprised with what their property may now be worth,” she says.

Owner of Century 21 New Zealand, Tim Kearins, says key to Century 21 Premier’s ongoing success in Turangi has been the franchise’s very strong connect with locals and a proven commitment of giving back to the community.

Over the years, the Turangi team has organised several annual charity evenings and Easter auctions. Fundraising proceeds have gone to the Greenlea Rescue Helicopter, St John Youth and the local Coastguard. The office has also sponsored Turangi’s Christmas In The Park.

“The day drew a great response from the community. Everyone seemed to enjoy our sausage sizzle, free ice creams, and there were some very grateful Pressie card winners,” says Ms Johnson.

“The Turangi office and agents have won many national and Australasian awards over the years. They continue to gain the confidence of local vendors to represent and market their properties, and they achieve great results,” says Mr Kearins.

A recent listing on their books was ‘Alpine Gateway’ – dubbed ‘one of the largest residential developments for the southern end of Lake Taupo’.

Ms Johnson says the over 1.5-hectare site at 14-24 Turanga Place is a timely and much-needed ‘good to go’ project for the area. It was marketed by Century 21’s leading real estate agent for the southern lake area, Patrick Barry.

She says the scale and opportunity of the project appealed to developers keen to supply affordable townhouses, where there’s significant demand and good margin to be made.

“Turangi has effectively run out of freehold developable land. Section prices have more than doubled and there are no new-builds on the market. This sizable piece of bare land with a resource consent in place for multiple townhouses is both unique and exciting for Turangi,” she says.

“Getting this significant listing was an absolute credit to the local Century 21 team. As a development project, it’s a big opportunity that Turangi won’t see again for some time - if at all,” says Tim Kearins.

Let’s not also forget, he says, the whole Turangi area is set for another big boost when international tourism returns.