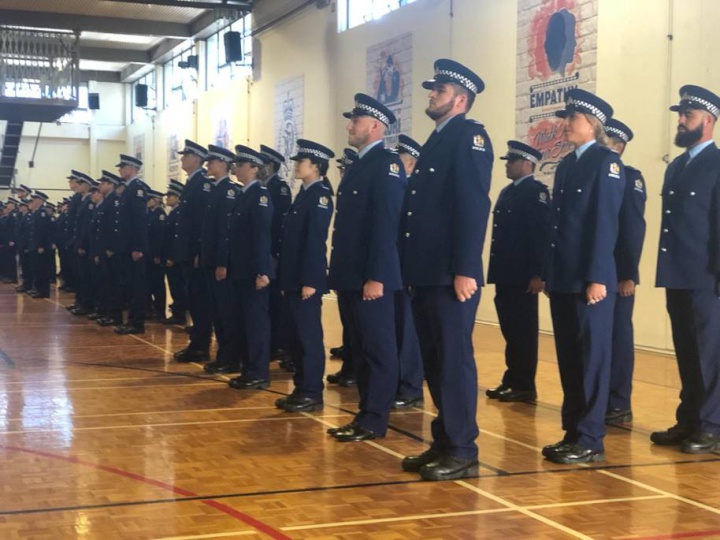 A total delivery of 2,000 new Police Officers has been achieved.

Mr Tabuteau said, “Increasing police numbers and boosting their resources was one of the first orders of the day in Government for New Zealand First.

"Today’s milestone represents the continuation of New Zealand First's proud legacy of supporting our men and women in blue while in Government.

“Under National, as the population increased by over 500,000 there was only 200 more police put on.

“In the nine years of the previous Government, police funding was frozen.
“So frankly, National’s purported ‘tough on gangs’ rhetoric is nonsense because we know boosting police numbers is a key pillar in addressing gangs and organised crime.

“Since October 2017, we have raised police funding to over $2 billion.
"That's the effect of having New Zealand First in Government," said Mr Tabuteau.

New Police Constables have been deployed to Districts as follows: