Netflix’s ‘The Witcher’ is world's most popular TV series

Netflix is out to an early lead in the highly competitive race for the next Game of Thrones.

The new fantasy drama The Witcher has become the most in-demand TV series in the world during its first full week of availability. 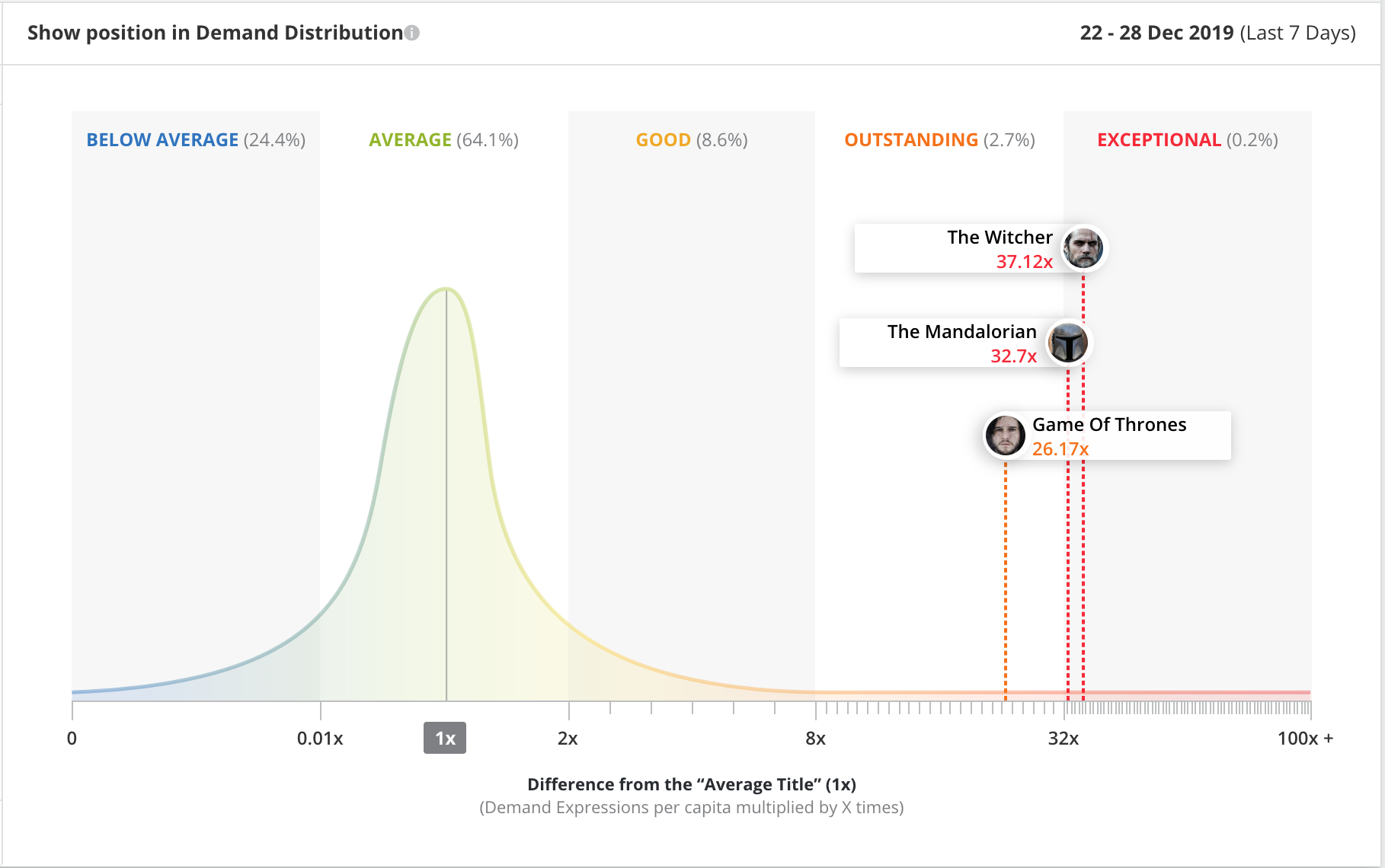 As highlighted in our weekly US insights article, the series has also become the most in-demand show with American audiences during the same time period.

In addition to jumping ahead of The Mandalorian, The Witcher held off a strong showing from Saturday Night Live in the wake of Eddie Murphy’s universally well received return as host of the NBC mainstay. 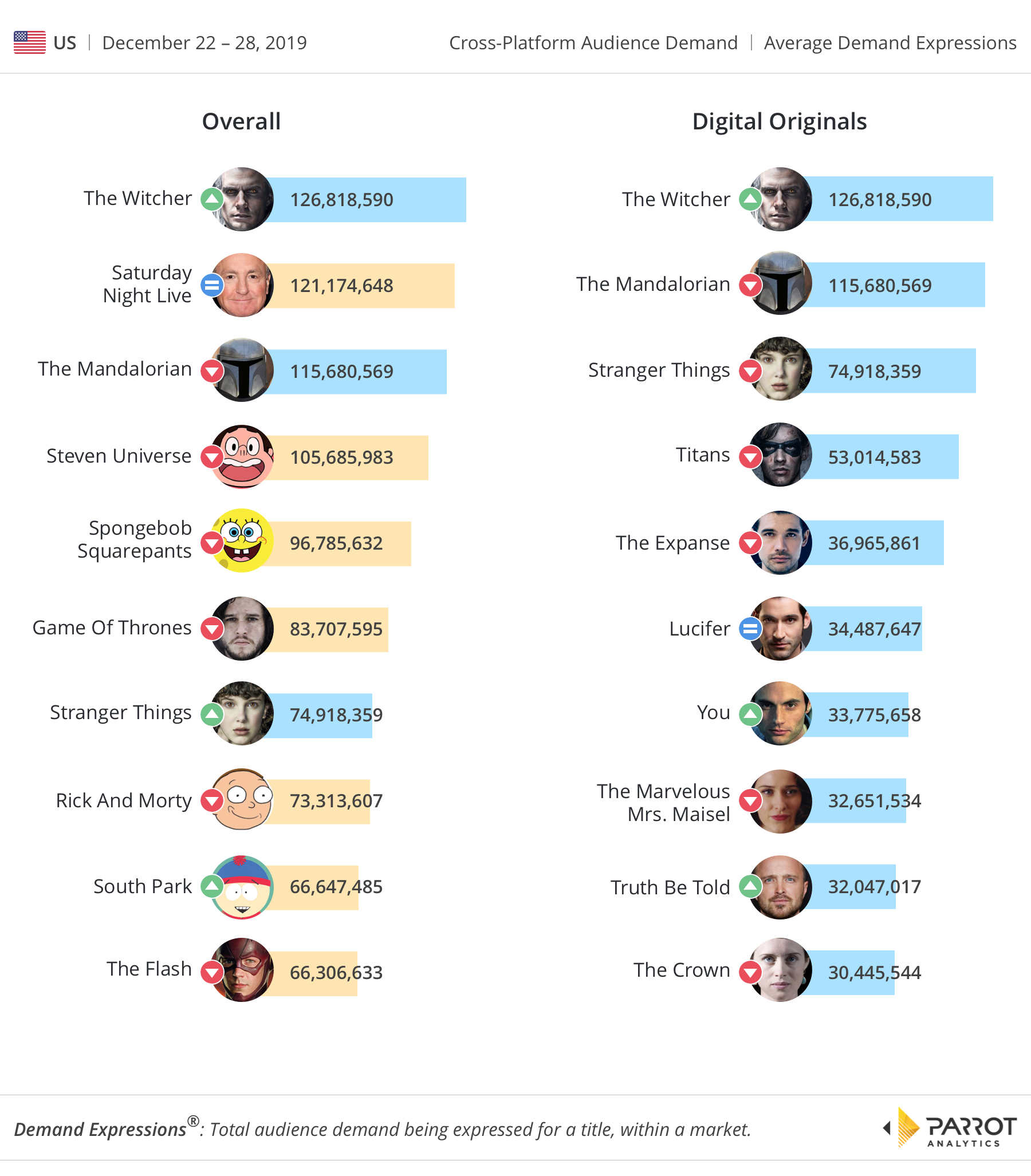 The Witcher’s immediate worldwide success highlights the impact that a binge released series can have on driving audience demand.

Its success is also crucial for Netflix heading into the 2020s as the streamer fights off new SVOD players, and declining global digital original demand share.

For more insights into how The Witcher is performing in six key markets, see our new public Title Insights Pages which are updated daily with the latest Parrot Analytics demand data: