Former fire station up for sale 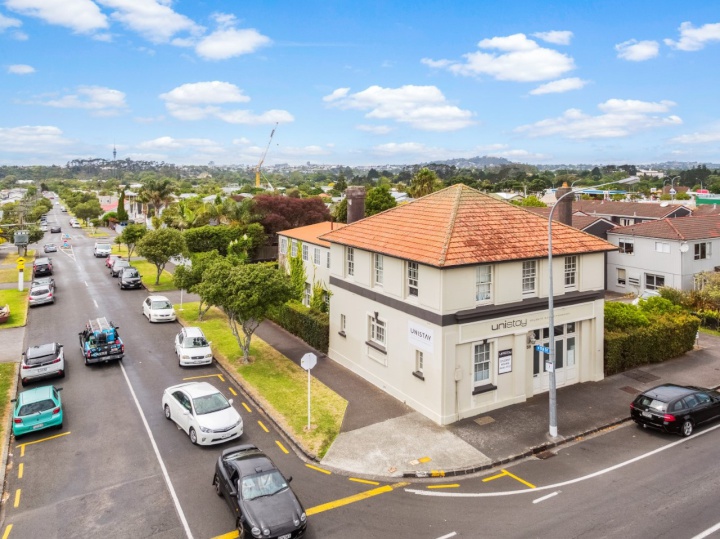 A landmark building in Point Chevalier which was the suburb’s fire station for 60 years before being converted into student accommodation is up for sale with options to convert it to other uses.

“This is a turn-key opportunity for investors or accommodation providers to secure a fully refurbished residential investment property which can be purchased with existing tenancies in place or with vacant possession,” says Bayleys’ senior broker Damien Bullick who is marketing the property with Bayleys Auckland city and fringe division colleague Alan Haydock.

Featured in Bayleys’ just released second Total Property portfolio for 2020, the offering is for sale by tender closing 4pm, Thursday April 2 unless sold prior.

The two-level structure originally built in the mid-1920s as the Point Chevalier Fire Station. with firemen’s accommodation above has been operating as a Unistay student accommodation complex for the past 15 years.

Rooms range from single to twin share and double and include fixed desks. They are being charged out at between $210 and $330 a week during the university year with causal visitor accommodation offered in December and January

A self-contained manager’s flat is located on the ground level as are a range of communal facilities including a large modern kitchen plus dining, living and entertainment areas as well as coin operated laundry facilities.

A landscaped communal courtyard area is located at the rear of the site along with a sealed parking area accessed off Tui Street.

Bullick says with Unitec’s Carrington campus only a few minutes’ walk away, the property could continue to be used to provide student accommodation, although it would no longer be able to operate under the Unistay name. Alternatively, it would be suitable for use as a boarding house, a short term accommodation facility or for a more upmarket apartment complex.

“The property is underpinned by a 711 square metre fee simple land holding zoned Business – Mixed Use which allows for residential and a wide range of commercial development of up to 18 metres, subject to obtaining the required council consents. Other possible uses for the building could be boutique, character office accommodation, a healthcare centre or for retail or food and beverage activities given that it is located on the periphery of the Pt Chevalier town centre.”

Bullick says the property has a Heritage Places Category B which means the original fire station and an attached reel hose shed must be retained. The station was opened in late 1926 with engines, a watch room, recreation and training areas located on the ground floor and accommodation for firemen above and at the rear of the station.

It is likely that the site was also utilised by the St John Ambulance Service during the 1920s and 1930s when the organisation was taking its first steps in the use of motorised services.

The building was upgraded and modernised over the years of its use as a fire station – although alterations were minor. Of the 13 Auckland suburban fire stations built in the 1920s and 1930s, only six remain and none have continued their use as a fire station. Most have been adapted for residential accommodation.

By the 1980s, the New Zealand Fire Service was seeking ways to centralise resources by amalgamating a number of fire stations. Despite fierce local opposition, the Pt Chevalier station was officially closed on July 22, 1985 and its equipment and staff were reassigned to the Avondale fire station.

The building was then sold and converted to residential accommodation, originally known as Station Lodge. Another storey was added to provide more student accommodation in 1992 on top of the rear single storey part of the station, previously quarters for single firemen

Alan Haydock says the property has been extensively refurbished and very well maintained since its conversion to residential use, with its character features preserved and the 1990s extension of the top floor done in keeping with the original building. He says there could be an opportunity to make further additions to the building, particularly at the rear of the site which is underutilised.

“The building is a significant landmark on Point Chevalier Rd and is in a high profile corner location, only metres away from the Pt Chevalier town centre which includes a Countdown supermarket, food and beverage outlets, cafes, pubs, convenience stores and a library. It also has very easy access to the nearby northwestern motorway, public transport links and popular Pt Chevalier beach.”