A talented trio from Blue Mountain College has taken out the title as the 2020 AgriKids winners. 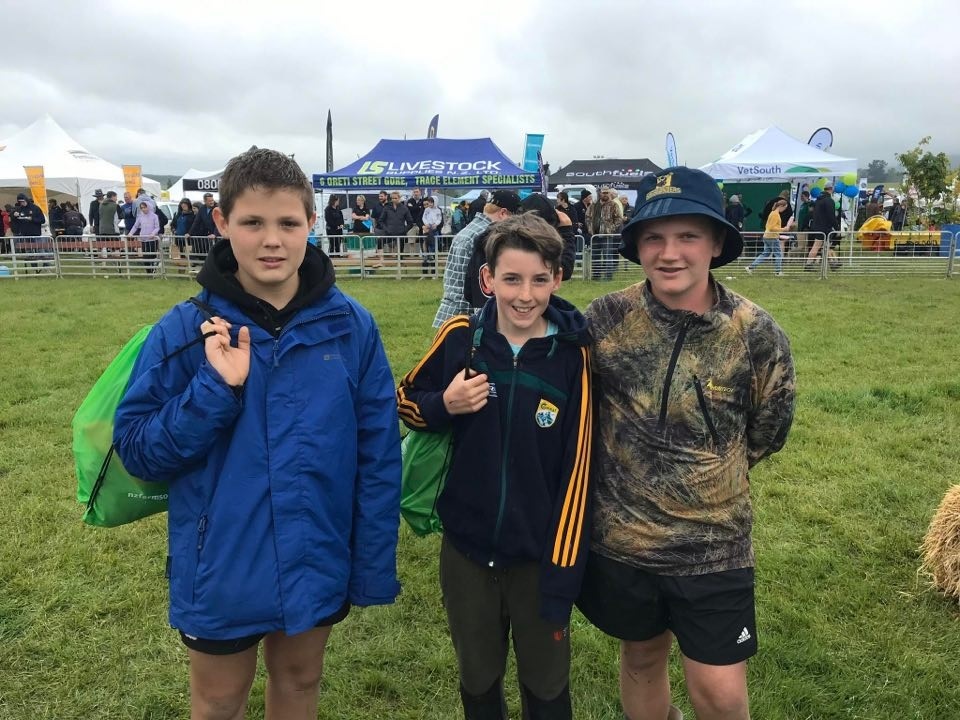 The “West Otago Rams,” made up by Charlie Ottrey, 12, Dylan Young, 12, and Riley Hill, 13, were awarded the title at the Grand Final on Friday.

When asked how the trio felt about their win, they replied in unison “happy,” “overwhelmed,” “and a little bit surprised as well”.

They said the day was really fun but also challenging, with it being their first Grand Final.

“It was a bit hard dealing with all the technology,” says Riley.

Dylan and Riley now following in their brother’s footsteps, who took out the AgriKids title last year, also from Blue Mountain College.

Three South Island Regional Finals and the Grand Final were all forced to either be cancelled or moved online when Government restrictions around events started coming into place in March.

New Zealand Young Farmers CEO Lynda Coppersmith says the quick decision was made, to move everything online and deliver the contest for AgriKids competitors alongside the FMG Junior Young Farmer of the Year contest.

Organising to host the event online for the first time, she says, created some new challenges to work through.

“Working with two contests, 35 teams, 12 sponsors, 14 modules as well as the other tasks was a huge logistical undertaking. It took a lot of things to fall in to place, a lot of people to make it work and a really strict time frame,” she says.

“The Events team has done the most amazing job to pull this off and I cannot thank them enough, along with our Sponsor family for all the hard work they put in to make both events happen and run seamlessly.”

The 21 AgriKids Grand Final teams (top three from each regional final) went head to head on Friday in a series of modules and tasks as well as an exam for the Grand Final.

They completed a food producing memory game, calculated how much feed it takes to feed different animals, matched up different oils and lubricants and were educated about safety hazards around fuel.

They also completed a maze with biosecurity problems, were quizzed about tractors and created a 3D viable farm for the agritask.
The West Otago Rams say their favourite challenge was the memory game with Lincoln University, matching up different photos.

The top five point scoring teams then went into the face off – a famous Young Farmer of the Year styled quiz, streamed online across Facebook and YouTube.

Lynda Coppersmith says she was so impressed with the calibre of the teams’ general knowledge during the face off.

“They were correctly answering questions that I didn’t even know the answers to. It just goes to show how bright the future of agriculture is looking with so many children starting their interest, involvement and contribution in the sector at such a young age.”