Big opportunity to be part of Panmure’s transformation 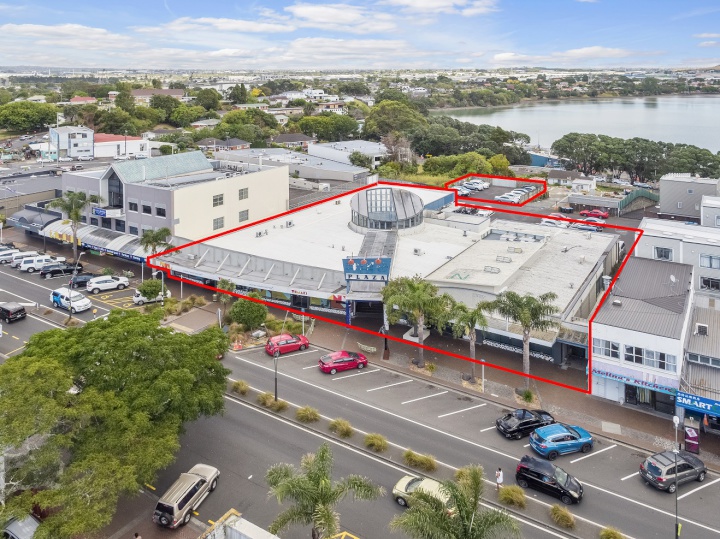 A large single-level commercial building whose anchor tenant is the government agency charged with the regeneration of Panmure and neighbouring residential suburbs is up for sale.

The 1464sq m fully leased building located on a 2963 sq m site on two freehold titles at 141-157 Queens Road, Panmure is currently generating net annual rental income of $262,730 plus GST from three tenants, two of which have been in occupation for over 20 years.

The largest occupant is the Tamaki Redevelopment Company which leases two of the building’s current four tenancy spaces. The other occupants are a large Dove Hospice shop and a café. The tenants are on varying lease terms with final expiries in 2021 and 2023

The offering is being marketed by Owen Ding and James Chan of Bayleys’ Auinternational division and is up for tender, closing June 25 unless sold prior.

“This property offers a substantial cashflow in the short term from its well-established tenants and significant development potential in the longer term,” says Ding. “Its real value lies in the large underlying land holding and its Town Centre zoning. This allows for broad range of commercial and residential uses and for buildings up to 27 metres.

“In particular, it would suit a multi-level mixed use development with ground floor retail and apartments on upper levels which would overlook the Panmure lagoon. The property’s attractiveness for residential development is also enhanced by the Panmure station being within easy walking distance.”

The building which as a seismic assessment of 82 per cent of New Building Standard has a wide frontage onto Queens Rd, Panmure’s main retail and commercial street and was originally built for the Post Office before being reconfigued into a retail plaza in the 1990s.

It features a central atrium walkway with tenancies on either side leading to a large sealed car park at the rear. In its heyday it had several high-profile tenants including the National Bank and NZ Post. Ding says the current layout provides for four tenancies but the construction of the building provides for numerous tenancies in various formats.

The Tamaki Redevelopment Company which is tasked with delivering 7,500 new homes across the Tamaki suburbs of Glen Innes, Point England and Panmure over the next 15-20 years occupies just over 1000 sq m in the building. The company is 59 per cent Crown owned with the remaining 41 per cent in Auckland Council ownership.

It took over a Housing NZ lease of a 459 sq m area in late 2015 and added another 563 sq m in December last year as the Tamaki transformation programme, described as New Zealand’s biggest urban regeneration project, swings into full gear.

James Chan says Panmure is a vital cog in the future growth of Auckland as it is the gateway to south east Auckland and suburbs such as Pakuranga, Howick and Botany. It is also the hub for significant long-term residential growth and development in the Tamaki area which is forecast to experience a doubling of its population.

Panmure is at the centre of two major Auckland developments, firstly as an integral part of the AMETI (Auckland-Manukau Eastern Transport Initiative) which is a major Auckland Transport project to improve connections with south eastern Auckland. The initial stage of this was the $18m upgrade of the Panmure railway station, increasing the capacity of commuter trains into Auckland City, 17 minutes travel time away.

“Panmure is also an important component of the Tamaki Transformation Programme, a massive 25-year project which is receiving substantial central and local government investment. With a focus on housing, health and economic development, it aims to make Panmure and the surrounding Tamaki area an exciting place to live and work in.

“Central Panmure is expected to undergo significant redevelopment as part of the transformation programme, with a more intensive mix of commercial and residential activity. 141-157 Queens Rd should benefit significantly from this and, with its significant land holding and central location, it offers the next owner an exciting opportunity to be a big part of Panmure’s rejuvenation.”