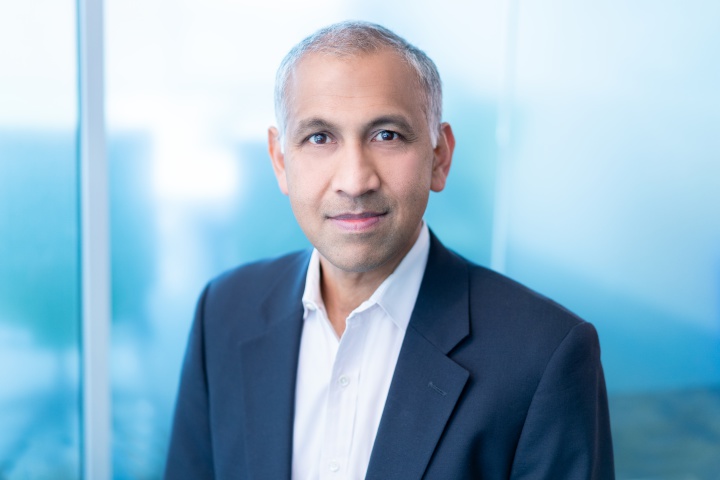 Nutanix (NASDAQ: NTNX), a leader in private cloud, hybrid, and multicloud computing, today announced that its Board of Directors has appointed Rajiv Ramaswami as President and Chief Executive Officer, effective Wednesday, December 9, 2020, and as a member of the Board of Directors, effective Monday, December 14, 2020. Ramaswami will succeed co-founder Dheeraj Pandey, who previously announced his plans to retire as CEO of Nutanix upon the appointment of a successor.

Ramaswami is a seasoned technology industry executive who has held senior executive roles at industry leaders including VMware, Broadcom, Cisco, and Nortel, after having begun his career at IBM. Ramaswami has an impressive, 30+ year track record of building and scaling businesses in cloud services, software, and network infrastructure. In his most recent role as Chief Operating Officer, Products and Cloud Services at VMware, Ramaswami co-managed VMware’s portfolio of products and services. During his tenure, Ramaswami led several important acquisitions and was playing a key role in transitioning VMware toward a subscription and SaaS model.

“Rajiv is an accomplished leader with a track record of delivering a high-growth portfolio of products and services,” said Sohaib Abbasi, Lead Independent Director of Nutanix. “Rajiv distinguished himself among the CEO candidates with his rare combination of operational discipline, business acumen, technology vision and inclusive leadership skills. The talented Nutanix team, under Rajiv’s leadership, is well-positioned to drive sustained growth, to improve efficiency and to advance leadership in the emerging hybrid cloud infrastructure category.”

“I’m thrilled to be joining Nutanix at this transformative time for the company and the industry,” said Ramaswami. “I have long admired Nutanix as a formidable competitor, a pioneer in hyperconverged infrastructure solutions and a leader in cloud software. Working closely with the Board, the management team, and the more than 6,000 talented Nutanix employees around the world, we will build on Nutanix’s strong foundation of continuous innovation, collaboration and customer delight. Together, we will capitalize on the significant opportunities ahead and deliver on the company’s next phase of growth and value creation.”

“Rajiv is the right leader at the right time,” said Nutanix Co-founder Dheeraj Pandey. “With a future-proof business model, a loyal and expanding customer base, and a strong technology portfolio, I look forward to seeing Rajiv take the helm to lead this incredible team. This is the decade to watch for a company that so values simple, secure, and seamless. On a personal note, it has been a privilege to serve our customers and partners, working closely alongside Nutanix employees.” Dheeraj Pandey will step down from the Board effective Monday, December 14, 2020, to ensure continuity through Nutanix's upcoming Annual Meeting of Stockholders.

About Rajiv Ramaswami
Before joining Nutanix, Ramaswami served as Chief Operating Officer of Products and Cloud Services at VMware. Prior to this role, Ramaswami led VMware’s Networking and Security business, one of the fastest-growing units in the company, as Executive Vice President and General Manager. Before joining VMware, Ramaswami served as Executive Vice President and General Manager, Infrastructure and Networking at Broadcom, where he established Broadcom as a leader in data center, enterprise and carrier networking. In his prior General Manager roles at Cisco, he led multibillion dollar product lines in switching, data center and storage and optical networking. Earlier in his career, he held various leadership positions at Nortel, Tellabs and IBM.

He is an Institute of Electrical and Electronics Engineers (IEEE) Fellow and holds 36 patents, primarily in optical networking.

About Nutanix
Nutanix is a global leader in cloud software and a pioneer in hyperconverged infrastructure solutions, making computing invisible anywhere. Organizations around the world use Nutanix software to leverage a single platform to manage any app at any location for their private, hybrid and multicloud environments. Learn more at www.nutanix.com or follow us on Twitter @nutanix.