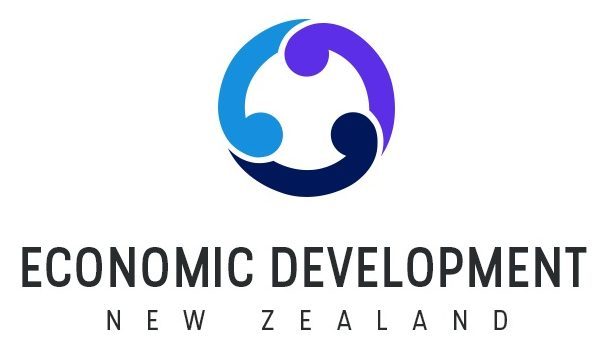 
Ten Kiwi organisations have been recognised for their outstanding contribution to the wellbeing and the prosperity of their communities.

Economic Development New Zealand (EDNZ), a not-for-profit which champions organisations and individuals who stimulate economic wellbeing and inclusive growth, announced the awards at its annual conference in Blenheim last weekend.

“The impressive line-up of speakers covered a wide range of issues impacting on New Zealand’s wellbeing and quality of life,” says EDNZ Chairperson and Awards Judge Pam Ford. “One theme that came through strongly was the importance of investing in workforce training to improve productivity, rather than the traditional thinking of viewing staff development as a cost.”

She says the ten award winners “reflect the importance of this inclusive approach and have been honoured for their best practice initiatives and projects which have had a real and positive impact on the wellbeing and prosperity of our communities and regions.”

EDNZ received around 30 entries from peers throughout the economic development industry, which is at the forefront of inclusive growth, innovation, collaboration and research.

The winners of the EDNZ 2019 Best Practice Awards are listed below including judges award panel commentary:

"Paul's contribution to EDNZ over many years as both a Board member and Deputy Chair has been extraordinary - he has been tireless in his role as Chair of the Audit and Risk Committee, has provided leadership in shaping the future of EDNZ and most importantly has been a stalwart in securing and championing its survival during challenging times. Paul is, and will always be, one of the real heroes of our profession", says the Chair of EDNZ, Pam Ford.

“Collaborative projects have been a strong feature since the introduction of the EDNZ Awards in 2017 and this year’s winner - the Nelson Tasman Innovation Neighbourhood - is an example of how partnerships based on high levels of trust, a long-term commitment and the 'better together' principle can achieve remarkable things. This collaboration with Datacom seeks to be world-recognised as a uniquely human system of innovation and regeneration. This initiative scored highly on every criterion and was a clear favourite with the judging panel”, says Chair of EDNZ, Pam Ford.

3. My Next Move initiative in Timaru: Commendation for Collaboration

“My Next Move, created by Aoraki Development in Timaru, is a ground-breaking solution to a perennial problem in provincial New Zealand. Many rural regions struggle to retain their youth after secondary school, which creates a problem for employers keen to recruit locally. My Next Move is a shining example of how that exodus can be arrested through a strong focus, information sharing and building bridges between school leavers and employers. It is admired around the country and is a best practice approach that deserves to be highlighted and rewarded”, says Chair of EDNZ, Pam Ford.

“GridAKL Innovation Labs is an extraordinary example of an economic development agency fulfilling its role as an instigator of long-term systemic change where there is market failure, in this case in the innovation ecosystem. The initiative has created significant results and the Innovate Auckland partnership is delivering impressive public benefits, in addition to the private benefit of the companies who are engaged in GridAKL programmes. Congratulations should go to all involved and New Zealand should be thankful that ATEED has led the way in enabling this initiative in a manner that provides an opportunity for others to learn from and potentially adapt for application in the rest of NZ”, says Mark Rawson, EDNZ Awards judge and chief executive of Nelson Regional Development Agency.

5. Go with Tourism: Commendation for Innovation

“The innovative Go with Tourism campaign and its game-changing new job platform has created significant outcomes for both jobseekers and tourism employers. Congratulations to ATEED for developing and spearheading this campaign. The New Zealand visitor sector should be thankful for the leadership ATEED has demonstrated to address New Zealand’s growing skills shortages and the opportunities created for young people wanting to find a sustainable career pathway, and therefore improve the quality of their lives”, says Mark Rawson, EDNZ Awards judge and chief executive of Nelson Regional Development Agency.

“The Awards panel saw great value and timeliness in the original research undertaken by Venture Taranaki in its efforts to better understand its region's export landscape. The region's economy is in transition and the Export map will prove to be an invaluable tool to assist in a painless transition. In awarding Venture Taranaki the Best Practice Award for Primary Research the panel was keen to showcase it as an initiative worthy of duplication across New Zealand”, says the Chair of EDNZ, Pam Ford.

“The Marlborough Smart+Connected programme was seen as an early adopter of two critical elements of contemporary Economic Development theory – first, a focus on environmental, social and governance (ESG) outcomes as well as economic objectives; and second a focus on inclusivity and participation by industries and communities in structured co-design processes. The programme places Marlborough District Council at the forefront of inclusive growth practice in New Zealand”, says Chair of EDNZ, Pam Ford.

“The Kai Ora initiative has been recognised for its inclusive approach to the provision of sustainable, fresh and healthy food produce to deprived communities in Northland. Community-led and driven, it involves a high level of local collaboration, while its focus on sustainability also impressed the judges”, says Chair of EDNZ, Pam Ford.

“Agritech has emerged as a strong point of difference for the Manawatu region. CEDA and Sprout have built on that difference to create an agricultural cluster strategy that achieves a virtuous dynamic cycle of attracting top academics, researchers, students, venture capitalists, and businesses. The judges were impressed by the high level of integration evident and said it was a great example of good practice”, says Chair of EDNZ, Pam Ford.

“The H2 Taranaki Roadmap is an excellent proactive response by the local RDA to an impending and dramatic change to its regional economy. The roadmap is a tool that will prove invaluable as the regional economy moves from a reliance on oil and gas to a low emissions future. The judges praised the innovation and integration underlying this initiative”, says Chair of EDNZ, Pam Ford.