Police have arrested two people following an aggravated robbery incident at a store on St Heliers Bay Road near the intersection with Grampian Road yesterday evening.

At around 6.55pm, three men entered the store and demanded cash from the till.

One of the offenders was allegedly armed with a firearm.

The three men fled the store with a quantity of cash and cigarettes before driving off in a vehicle described as a red 2000 Nissan Pulsar hatchback vehicle along Grampian Rd towards Hampton Drive.

A vehicle matching this description was spotted just over 10 minutes later by Police in Eastview Road, Glen Innes.

The vehicle was monitored by Police before it was stopped in Otahuhu.

Two men were located inside the vehicle and were arrested with the assistance of the Armed Response Team and charged with aggravated robbery.

They will be appearing in the Auckland District Court.

Police are making enquiries to locate the third offender involved, along with the firearm, stolen cash and cigarettes which remain outstanding.

“We want to hear from any members of the public who saw a red Nissan Pulsar hatchback (pictured) between it arriving at the scene on St Heliers Bay Road near the intersection of Grampian Road until it was seen by Police in Eastview Road in Glen Innes between 6.55pm and 7.07pm yesterday evening.”

Anyone with information which may assist this investigation is asked to contact Auckland City Police on 09 302 6557. 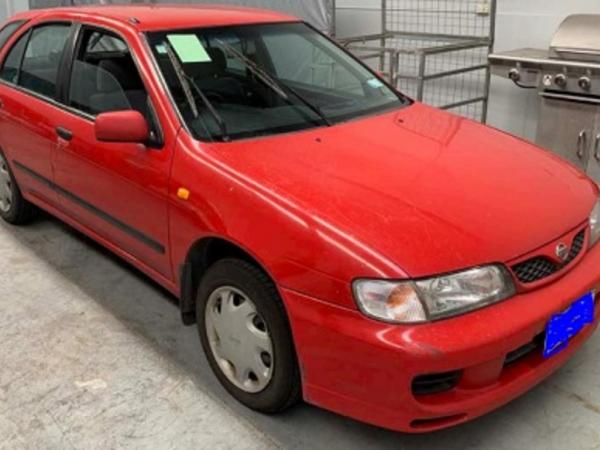