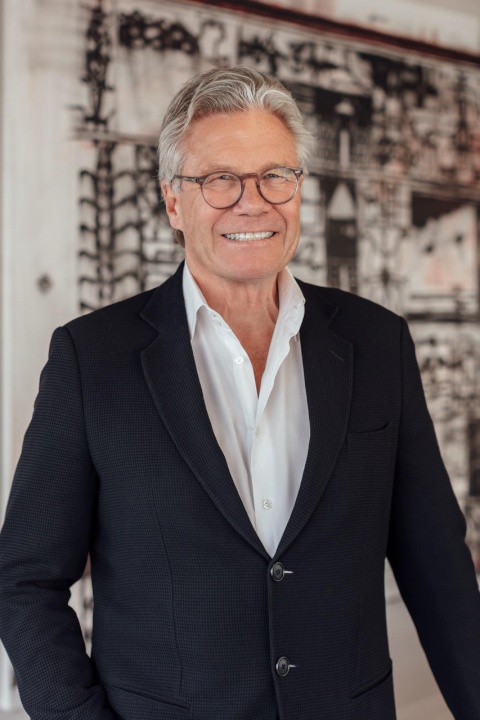 The Awards ceremony inducted six new Kea World Class New Zealanders and one Friend of New Zealand, attracting an impressive crowd of past and present alumni who gathered to acknowledge this year’s winners and to welcome Supreme Award winner, Peter Cooper.

Kea chief executive officer Toni Truslove says that taking time to recognise and thank these Kiwi was a timely reminder of the incredible power and influence of our nation’s talent.

“The Kea World Class New Zealand Awards were created to recognise a diverse range of Kiwi who through the impact of their work, leadership and philanthropy raise New Zealand’s mana globally,” Truslove says.

“Now more than ever, we need to acknowledge the enormous impact our exploring Kiwi make to our nation, at a time when their breadth of knowledge and valuable skill-sets are most needed to boost New Zealand’s productivity and support our economic recovery.”

Handing over to 2021 Supreme Award Winner is 2019 winner and recent returner Peter Gordon. He says that the awards are an important way to say thank you to those who through their efforts and talent have helped put New Zealand front and centre on the World’s stage.

“It is really exciting seeing what New Zealanders are doing around the world. We need to shout a bit more about our success, and the awards are a great way of saying thank you, spreading the aroha and celebrating everyone’s mahi,” Gordon said.

Picking up the Kea Supreme Award, California-based businessman Peter Cooper was a unanimous choice for judges. Cooper’s many acts of philanthropy and support of the arts is well-known.

Only son of a truck driver and devoted mother, and with Ngati Kahu, Ngati Kuri and Te Aupouri heritage, Cooper’s journey has taken him from humble Kaitaia beginnings to the pinnacle of business and philanthropy, both here and in the US.

Cooper’s focus is on projects that establish and build communities while valuing and preserving the heritage of the places and the people. He is best known in New Zealand for developments such as Auckland’s Britomart Restoration project and Northland project, The Landing, which involved the extensive creation of wetlands, native bush and preserving areas of high archaeological value.

Judging Panel Chair, Phil Veal said that “Peter’s absolute commitment to heritage, quality and authenticity in everything he creates makes him the very embodiment of a World Class New Zealander”.

Other winners include journalist and author Anna Fifield, who became the editor of the Dominion Post and the Wellington editor for Stuff in October, returning to New Zealand after 20 years abroad. She was a foreign correspondent for the Financial Times and the Washington Post during those years, posted to Seoul, Tehran, Beirut, Washington DC, Tokyo and, most recently, Beijing. She was a Nieman journalism fellow at Harvard University and was awarded a Stanford University prize for her reporting on Asia. Her book, "The Great Successor: The Secret Rise and Rule of Kim Jong Un," has been published in 24 editions.

Jane Henley joins the ranks of Kea World Class New Zealanders, acknowledged for outstanding work globally, shifting the thinking of the building and construction sector towards sustainability. As global CEO of the World Green Business Council, Henley worked on setting standards for the sector, focussed on reducing energy use and waste. She returns to New Zealand to continue that work, focusing on the challenges New Zealand faces around affordability and cost of housing, and how to incorporate sustainability into that equation.

Neil Ieremia’s Black Grace Dance Company and its critically acclaimed productions have been thrilling crowds throughout the US, Europe and Asia since 1995, telling our stories, exposing our creative talent and exploding stereotypes about New Zealand and its place in the world. Ieremia took Samoan culture and rugby’s intensity and gave the world a new movement that is explosive, dramatic and an expression of soaring athleticism.

Producer/Director, Chelsea Winstanley is well known for her work as co-producer of Oscar-nominated Jojo Rabbit and vampire hit, What We Do in the Shadows, but is most passionate about telling Aotearoa’s stories. From her 2005 documentary on activist Tame Iti, through to Media Peace Award winning 2018 documentary, Merata: How Mum Decolonised the Screen, Winstanley has been winning recognition for her courage, humility and aroha in her storytelling.

The work of Prof Graham Le Gros, Dir. of Research, Allergic and Parasitic Diseases Programme Leader, at The Malaghan Institute has never been more topical, nor as important. With breakthroughs in the treatment of CovID-19, along with ground-breaking research in therapies that harness the power of the human immune system, Prof. Le Gros is devoted to changing health outcomes for people, both here and all over the world.

The Kea Friend of New Zealand Award, which recognises the significant contribution made to our country by someone who is not born here, was presented jointly to Film Director James Cameron, and Suzy Amis Cameron - who’ve made New Zealand home and the base for their international movie empire. They’ve been outspoken about their love of New Zealand and its people and have seen the investment of hundreds of millions of dollars into the economy here through the creation of the movie Avatar and many other projects. Their love of our environment is also reflected in their passion for Predator Free New Zealand, which has seen the Miramar Peninsula become part of an ambitious plan to create the world's first predator-free capital city.

“New Zealand benefits from these incredible Kiwi, whose strong work-ethic and compassionate values win them access to the highest levels of business and achievement around the world, and then are prepared to share their knowledge and influence with those of us back home”.

“New Zealanders everywhere continue to pursue their dreams, but they’ve made it clear that no matter where they go and what they achieve, their hearts and minds are still firmly home in Aotearoa,” she said.

The Kea World Class New Zealand Awards recognise exceptional global achievers, whose stories inspire and motivate. We value qualities such as creativity, ingenuity and tenacity and these awards recognise a diverse range of Kiwis who through their work raise New Zealand’s mana globally.

Information about the Kea World Class network including previous winners:

- The Friend of New Zealand Award, which recognises the significant contribution made to our country by someone who is not born here

- Nominations for Kea World Class New Zealand Awards candidates can be made by any Kea member through the Kea website. Make your nominations for 2022 today.

New Zealand has the second largest offshore community per capita in the OECD. Kea was founded in 2001 to connect and engage our global people, for the benefit of Aotearoa.

Two decades on, Kea nurtures a vibrant and diverse community that share a strong passion for New Zealand and the success of its people and businesses.

Our mission to connect New Zealanders has never been more important.