How NZ would fare during a world catastrophe

Insight - The current coronavirus outbreak is serving as a real time test of New Zealand's emergency plans. But public health experts warn there are even bigger threats out there that we should also be preparing for. John Gerritsen investigates if we could cope in a global catastrophe. 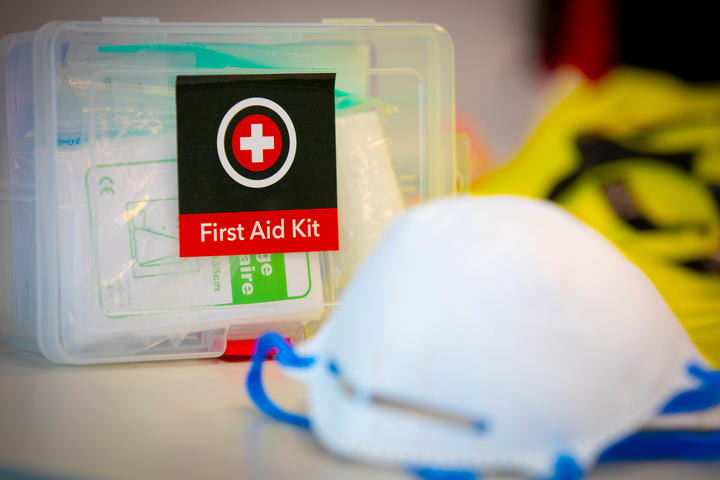 Researcher Matt Boyd is listing some of the possible threats to human existence. They sound terrifying, but what is really scary is that Boyd is talking about these potential catastrophes with no sense of self-consciousness - no laugh to suggest that this is science fiction.

And he's just getting started.

Nuclear war? "Could break out at any moment."

Pandemic virus? "There's probably an increasing risk from biotechnology that something may intentionally or unintentionally go wrong.

He's already done some of that work - publishing papers with University of Otago academics analysing the economic costs and benefits of closing New Zealand's borders against a deadly pandemic, and more recently, assessing various islands' potential as arks for humanity in the event of a global catastrophe.

And it's good news for New Zealand.

Professor Nick Wilson from the University of Otago's Department of Public Health co-authored those studies with Dr Boyd, including last year's "The Prioritization of Island Nations as Refuges from Extreme Pandemics."

"We're concerned about the increasing risk of pandemics, and those could include a natural pandemic, like a repeat of the 1918 influenza pandemic," he says.

"But more concerning is the rapid advance with biotechnology which allows for various states or even terrorists to potentially in the future produce genetically-engineered pandemics."

They looked at what countries, in particular island nations, might be the best prepared, and be able to survive to be refuges for humanity in such a catastrophe.

Nations were ranked according to factors including food and energy production, population size, social cohesion and isolation from other population centres.

"Australia, then New Zealand, and then Iceland came out as the best island nations to rapidly close their borders and to potentially be areas where humanity could survive," Wilson says.

"New Zealand certainly has the potential to be the best place to be if we play our cards right," Boyd says.

This sounds great, but the pair caution that their study is a broad-brush anaylsis and more detailed work is needed to consider how New Zealand might best survive being isolated from the rest of the planet.

Take a look into things like food, fuel and medicine and it quickly becomes apparent that New Zealand is very reliant on imports for a range of essentials to maintain life-as-we-know-it.

Richard Hovey, who lives in Wellington, has stores of food and other essentials stashed around his house.

He says his main focus is a big earthquake or storm, but he admits he is also thinking about worldwide disasters too.

"I'm assuming in my lifetime there will be a global catastrophe," he says, listing climate change, pandemics and the collapse of international trade as possibilities.

"I think that sort of thing is entirely foreseeable because we've got the just-in-time [manufacturing] system - everything's so finely balanced."

New Zealand has some stores of essentials including fuel and medicine, but it's not clear how we would produce those items in a prolonged period of isolation.

But he warns that diet would be very heavy on milk and kiwifruit and, after a few months, devoid of things like rice and coffee and a few other items that might surprise many New Zealanders. North Islanders, for example, might find themselves unable to make bread.

"In the South Island we can grow some wheat. In the North Island pretty much all of our wheat is imported from Australia," he says.

Heyes says in the short-term New Zealanders would have to put up with a much blander diet, but as time went by, things might get tougher. Animals, for example, require imported medicines, grass and crops depend on imported fertilisers, and the seeds for our plant crops are also imported.

But the really big dependency for food production is fuel.

"Basically, our food system would grind to a halt without fossil fuels to allow us to transport products in good condition around this country, let alone exporting them to the rest of the world," says Heyes.

Fortunately, the government and the oil industry have a plan for dealing with shortages - the Oil Emergency Response Strategy - and the government has the power to impose rationing and other restrictions.

In addition, the country is required by international agreements to have a stockpile of oil equivalent to 90 days' normal use.

Ian Twomey from the energy consulting firm Hale and Twomey reviewed the security of New Zealand's petroleum supply in 2017.

He says about 30 to 35 days of New Zealand's reserves are held in other countries, and the remainder is stock already in the country, so in the event of a sudden emergency New Zealand would likely have enough fuel and oil on hand to cover 50 days of normal use.

But Twomey says "normal use" would not apply in an emergency because fuel consumption could be restricted to those who really need it.

New Zealand produces its own oil, but very little of it is refined at the Marsden Point Refinery in Northland.

The group Refining New Zealand says it could, in an emergency, refine more New Zealand crude oils, but it would need to be mixed with imported oil and the results would not be anywhere near enough to meet usual demand for fuel.

The upshot is that in a prolonged emergency with minimal international trade, New Zealand would quickly find itself very short of fuel.

The health system is another key piece of infrastructure.

Director of public health at the Ministry of Health, Carolyn McElnay, says a pandemic is the most likely global health disaster, and the ministry has medical supplies stockpiled.

They include antiviral medication, face masks, and body bags based on a model that assumes 40 percent of the population (more than 1.9 million people) become ill over an eight-week period with a two percent fatality rate.

Dr McElnay says New Zealand could, in theory, close its borders in a global pandemic, but that's unlikely to halt the spread of the disease, and she doubts international trade would cease.

"I think it's highly unlikely that we would see a scenario of New Zealand being completely locked down and isolated from the rest of the world. I think that's really unsustainable," she says.

The ministry's pandemic reserves are not the only stockpiles of medical supplies. The government's drug-buying agency, Pharmac, also requires most of its suppliers to hold at least two month's reserves.

"So at any one time there's probably three months worth of stock in New Zealand of most medicines," she says.

"For what we would say are more essential medicines - things like antibiotics or some vaccines that you might use in response to an outbreak of a disease - we require a larger stock-holding. So some of those we're requiring four-to-six months worth of supply to be held in New Zealand."

Ms Williams says the vast majority of the medicines it subsidises are manufactured overseas and it would be very difficult to manufacture those items in New Zealand.

Planning for the worst

At a national level, the government has plans for fuel shortages, for a pandemic, and for dealing with local disasters like earthquakes.

It has not specificially planned for ensuring New Zealand can survive an existential threat to humanity, but the National Emergency Management Agency, formerly Civil Defence, says in any major emergency there will be an appropriate all-of-government response.

"New Zealand takes an "all hazards" approach, which gives us the flexibility to deal with a range of events, both foreseen and unforeseen. We are not in a position to speculate on how arrangements might play out in hypothetical event as it would very much depend on the circumstances," the agency says.

But Nick Wilson and Matt Boyd believe there is good reason to go further and plan for events much bigger than a quake in Wellington.

Wilson says, for a start, it should develop criteria which would automatically trigger border closure.

"If tens of thousands of New Zealanders were going to be killed, it would make sense to probably close the border for some period of time. But that needs a lot of thought and a lot of careful planning so that the Prime Minister and Cabinet would go down a checklist and if certain criteria are met, the border is closed," he says.

And Wilson says the government should go further still.

"If the borders had to be closed for a long time, and New Zealand had to be self-sufficient for a long time, we need to understand what the vulnerabilities are to things like the electrical grid and the internet - those would be really critical things to maintain and maybe it is worthwhile having a small stockpile of critical components."

Boyd says such planning needs to be large-scale. It could be done relatively cheaply by a small group of analysts, but it could provide significant benefits in the future.

"Unless we think about it ahead of time, we're not really going to know what to do at the time," he says.

"Like an insurance policy - you pay a small amount of money in an ongoing fashion and it may pay great dividends if you need it."