After a settled week gone, the weather deteriorates

After a settled week gone, the weather deteriorates in the week ahead


“For much of last week, New Zealand saw relatively settled conditions, as a ridge of high pressure covered much of the South Island up until Thursday” comments meteorologist Andy Best. “The ridge eventually broke down by Friday, allowing a series of fronts to move up the South Island, and eventually over the North Island on Saturday. These fronts delivered around 20mm of rain to parts of Westland on Friday, together with strong northwesterly winds ahead of the fronts, resulting in a maximum temperature of 27C in Christchurch.”

While South Island residents appreciated the ridge of high pressure, an area of low pressure and a slow moving front stayed just offshore Bay of Plenty up until Thursday. Gisborne experienced cloudy conditions through to Thursday, with 27mm recorded in the city since Monday. As a result of the area of low pressure, east to southeast winds over the Bay of Plenty made for warm conditions in Whakatane, with 28C recorded there Wednesday and Thursday.

Although Auckland experienced gusty southwest winds for much of last week, conditions stayed dry across much of the city, and a high of 25C was recorded on Thursday. In the Capital it remained dry throughout last week, with relatively light winds, although the northerlies kicked in again on Friday with gusts of 76km/h recorded.

Looking ahead to the first half of the working week, MetService meteorologists expect significant weather to move across the country, as a developing area of low pressure currently over the Tasman Sea, is forecast to cross eastwards over Aotearoa during Tuesday and Wednesday. A number of fronts associated with this low pressure system are set to deliver periods of heavy rain, possible thunderstorms and strong winds to many parts of the country.

MetService will issue timely Severe Weather Watches and Warnings as this system evolves. For all your forecasts go to metservice.com. 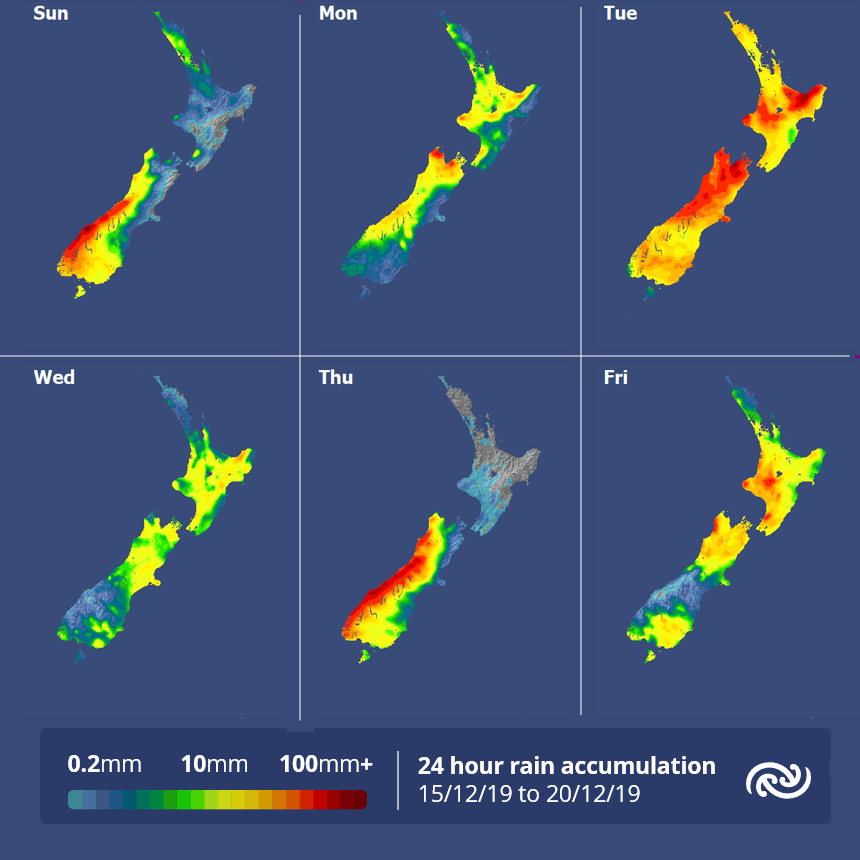