Endangered native tree brought back to life in Porirua


A tree in danger of dying out in New Zealand has been revived thanks to the keen eye of a Porirua City Council nursery employee. 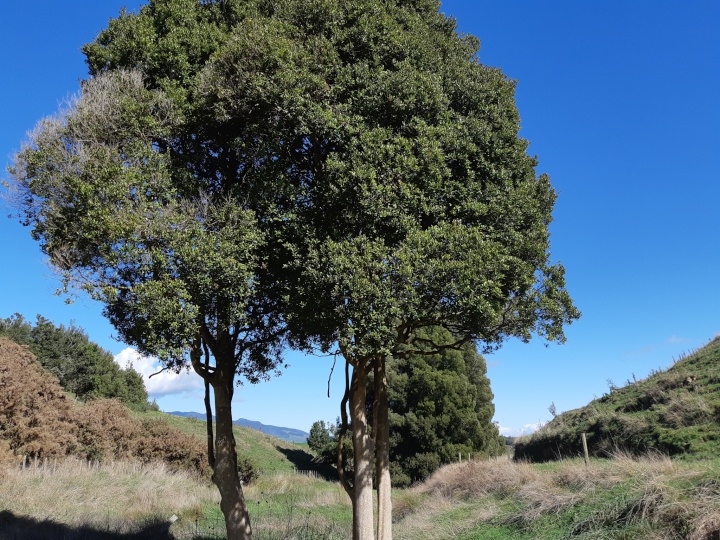 The waiwaka tree has been given a new lease of life in this region thanks to Andrew Jinks. Photo credit: Doug Bridge.

The waiwaka tree, or swamp maire (Syzygium maire), was believed to have completely died off in Porirua until Andrew Jinks discovered a small group of them on his walk home through Rānui last year.

The native wetland tree grows throughout coastal and lowland swamps of the North Island. It can grow to a height of 15 metres and has a specialised ‘breathing root’ system that enables it to grow in waterlogged soil. They are important species to regenerate native wetland forests and to protect coastal areas from erosion and flooding, but are currently considered critically threatened nationally.

Andrew, a senior technician at Porirua City Council’s nursery, was heading up Bromley View when a small gully of trees caught his eye. He noticed other natives such as totara and rimu in the gully and decided to take a closer look, spotting the waiwaka.

"It was actually the first time I had seen the tree in person but I knew it had distinctive pale and flaky bark," he said, "so I took a couple snaps and sent it to a local ecologist friend of mine to help classify it."

The last reported siting of the waiwaka growing in Porirua was over 100 years ago but Andrew’s suspicions were confirmed and Porirua City Council will reintroduce the tree to our city’s harbour, parks, and surrounding forests.

Hundreds of seedlings have been grown at the city nursery, from the fruit of the small group of trees found by Andrew. These seedlings will begin to be replanted in the coming months in places like the Elsdon wetland and Hokorito Stream in Titahi Bay, along with thousands of other native plants around Porirua Harbour and other wetland areas, as part of a massive riparian planting project.

When asked about his thoughts about the future of Porirua’s conservation efforts, Andrew is heartened by what is occurring here and across New Zealand.

He remembers when he first came to New Zealand in 1986 from Wales and the sight of pine trees and gorse covering the hills of Wellington.

"We used to play the game ‘count the possums’ when we were driving on the highway," Andrew recalls, "and now I see native birds and plants, like the kohekohe, reclaiming their native habitat all around Porirua."

Follow our Facebook page for more information on how you can get involved in our replanting projects and the public is welcome to visit the Porirua City Council Nursery to buy your own natives to plant around your home.