We are proud to have him entwined in our history”: Te Whare Wānanga o Awanuiārangi celebrates founding council member’s High Court appointment 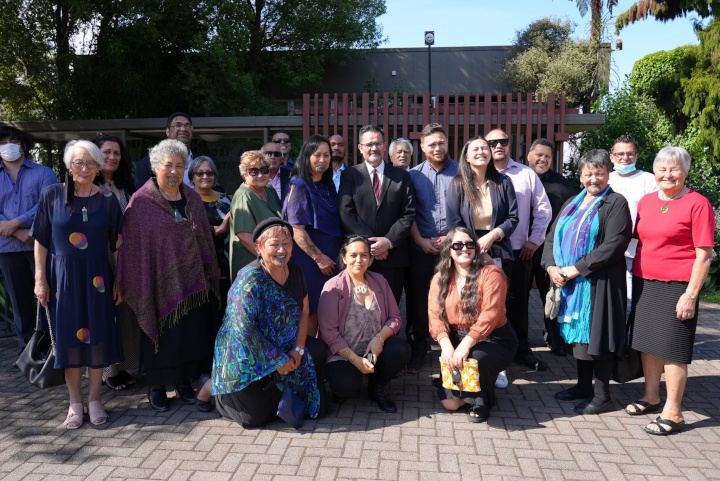 The judge, who also sits on the Waitangi Tribunal and is an alternate judge of the Environment Court, was appointed by Attorney-General David Parker earlier this year.

Justice Harvey (Ngāti Awa, Rongowhakaata, Te Aitanga a Māhaki, Ngāti Kahungunu ki Te Wairoa, and Te Whānau a Apanui) was awarded an Honorary Doctorate in Māori Development by Te Whare Wānanga o Awanuiārangi in 2015 for his exceptional services, particularly to education and the wānanga. He was awarded the first doctorate in Law at AUT Law School in 2018.

Justice Harvey says: “It is a great honour to receive this appointment and to continue to strive to serve our communities.”

By way of background, Justice Harvey’s career of services dates back to his tertiary education days, where he served as the inaugural Māori Student Support Co-ordinator at the Auckland University law faculty in 1991. He practiced as a lawyer in Tāmaki Makaurau for a decade, where his responsibilities included acting for iwi and hapū in Waitangi Tribunal claims and settlement negotiations.

In September 2002, he was appointed to the Māori Land Court, based in Rotorua. Nearly two decades later, with a wealth of experience and service, he takes on this new role.

“Justice Harvey has an extensive history of service to his iwi and Māori, but he has also made outstanding contributions to education. Awanuiārangi takes great pride in acknowledging his pivotal role in our history – especially given his young age at the time.”

“His unwavering commitment to the development and wellbeing of all, particularly through education, is remarkable. Not only was he a founding member of the wānanga’s establishment committee, but he is also one of the six Ngāti Awa foundation members of the council,” Professor Doherty says.

“We are incredibly proud to know him, and to have him entwined in Awanuiārangi’s history.”

Justice Harvey says the law continues to affect all communities in so many different ways.

Justice Harvey will sit in Auckland.